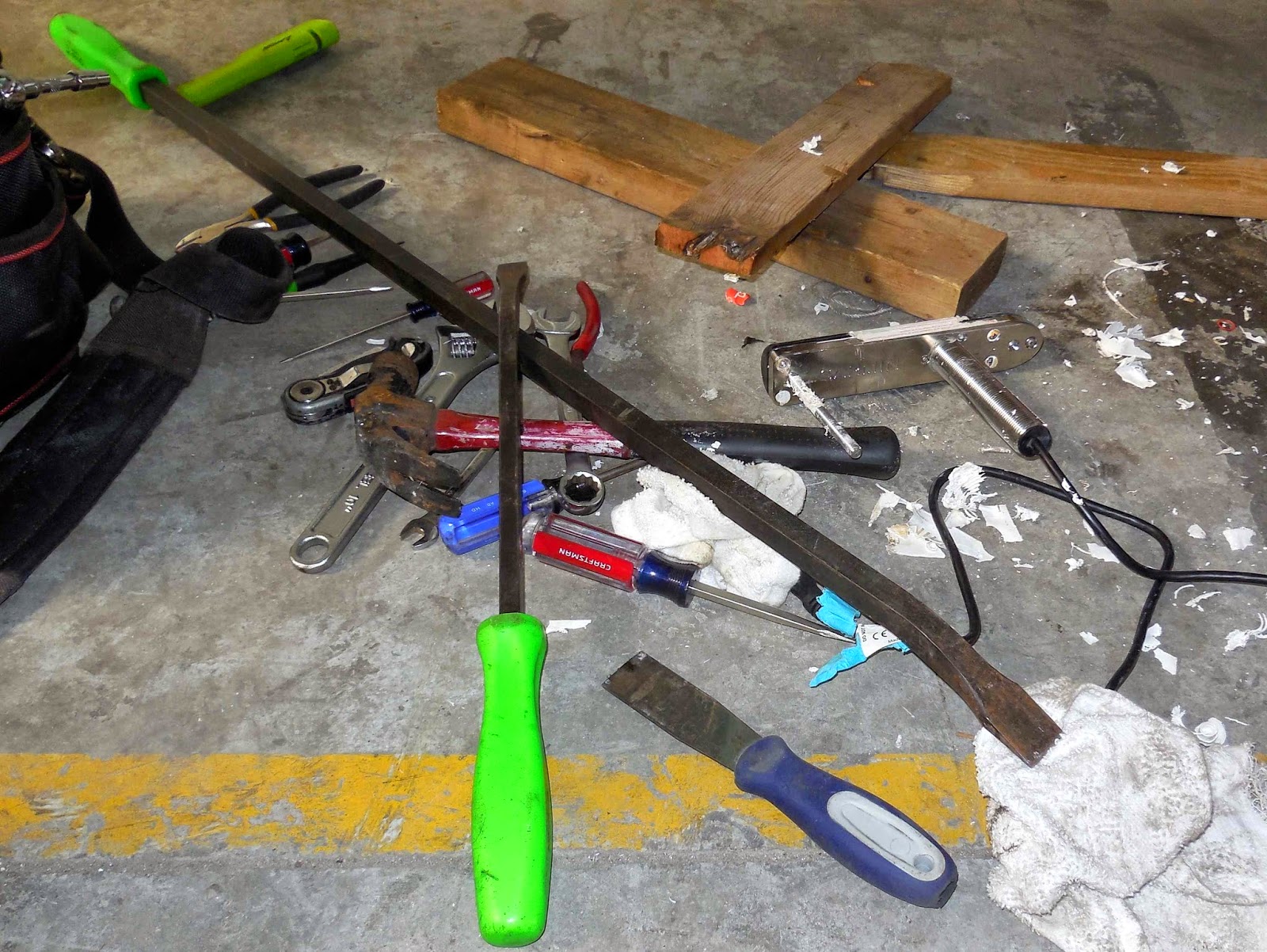 To fix the problem with the incorrectly installed transducers I wrote about a couple pieces back it's going to take some real exertion.

To begin with the mad sealant goopologist had been hard at work. There was some good luck however. The hull hadn't been cleaned before goo application so the stuff barely stuck to it. The bad news is the holes had been very thoroughly filled insuring no leaks for all time.

Just to be extra sure the tops of the holes had lots of extra goop to make sure the nuts would be well embedded in the stuff. Just getting the nuts off was a battle in itself since the threads were well coated. Who needs Loctite anyway when you have copious quantities of sticky white stuff? The transducers didn't come out without a fight, and it was an ugly one.

I managed to get the first one out by myself, but the second one was fighting for its life and it took two of us to extract it. Multiple trips to the truck to get ever increasing in size and weight anything to help. Lots of wood blocks, and anything else I could scrounge that could act as a wedge to keep every hard gained millimeter of progress intact. The goop is like a huge rubber band. You get a tiny gain, and then it sucks back against the hull when you let it go. The installer won the battle. The transducers went down screaming and the governor refused to sign the stay of execution.

The second problem with the original install is the hull was notably curved. This didn't really matter if you ignored the installation instructions and didn't use the fairing blocks. Now I'm left to contend with the problem. 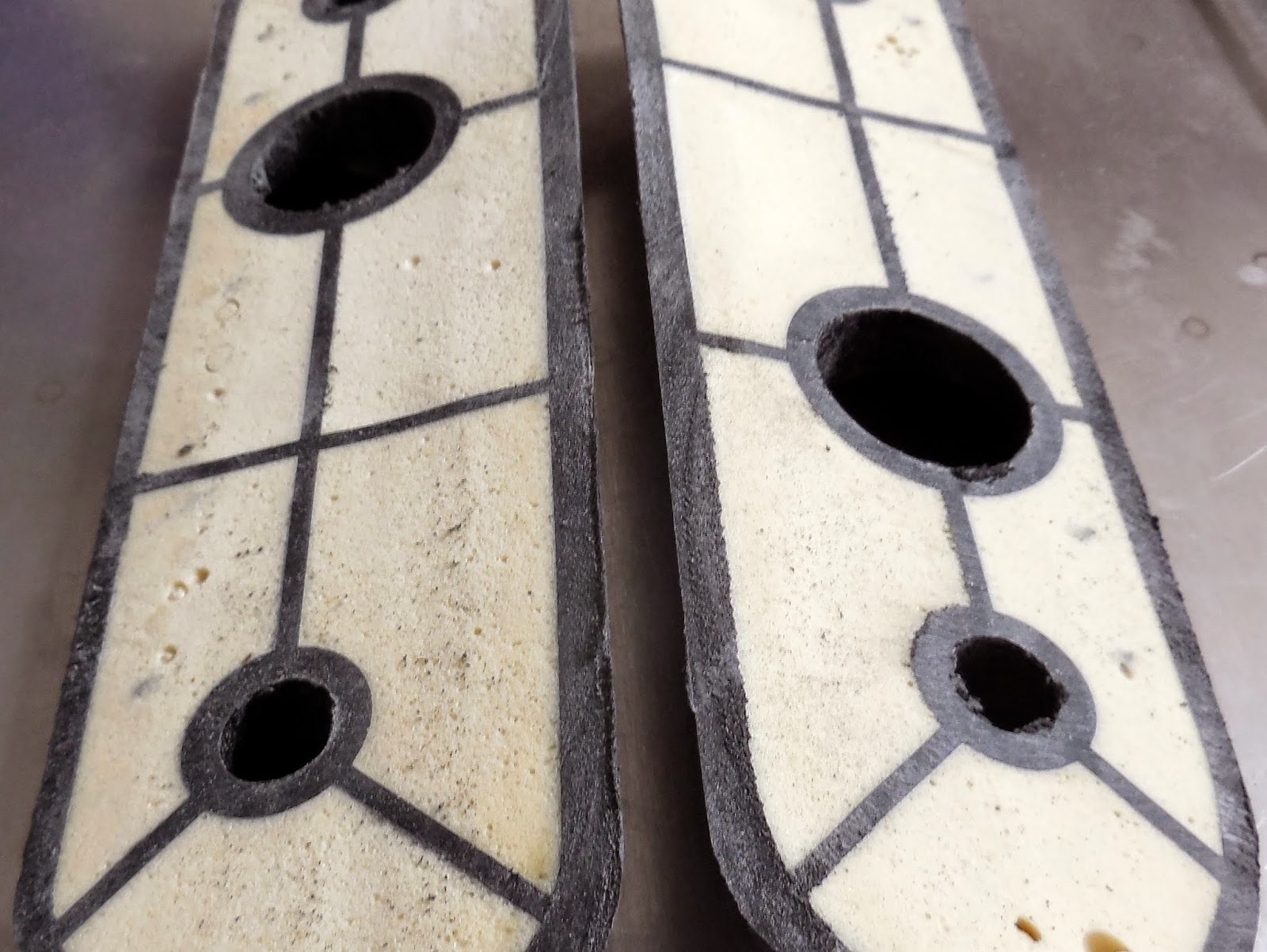 Cutting the fairing block isn't a big deal, I split the difference between the hull angles, set the table saw's whirling blade of death angle, and fed it into the machine while keeping my fingers attached to the hands. 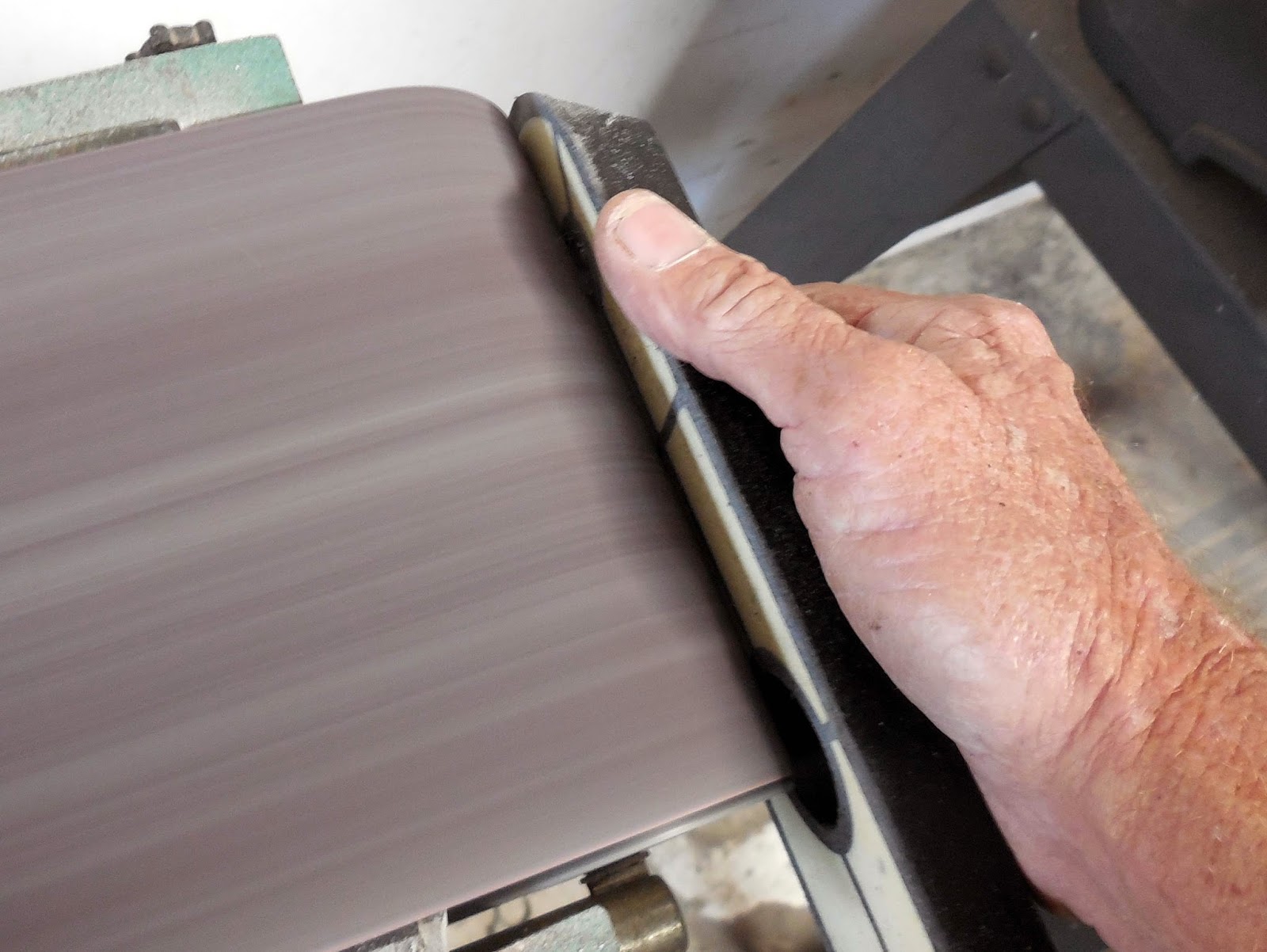 But the P in the A is wallowing out the curve into the fairing block. This isn't hard just tedious. Sand on it, then fit it, and it doesn't. Mark the bad areas and repeat unit you get an acceptable fit.

About four passes on the sander for each fairing block did the trick and along the way a few of my nails got a free manicure as a bonus. 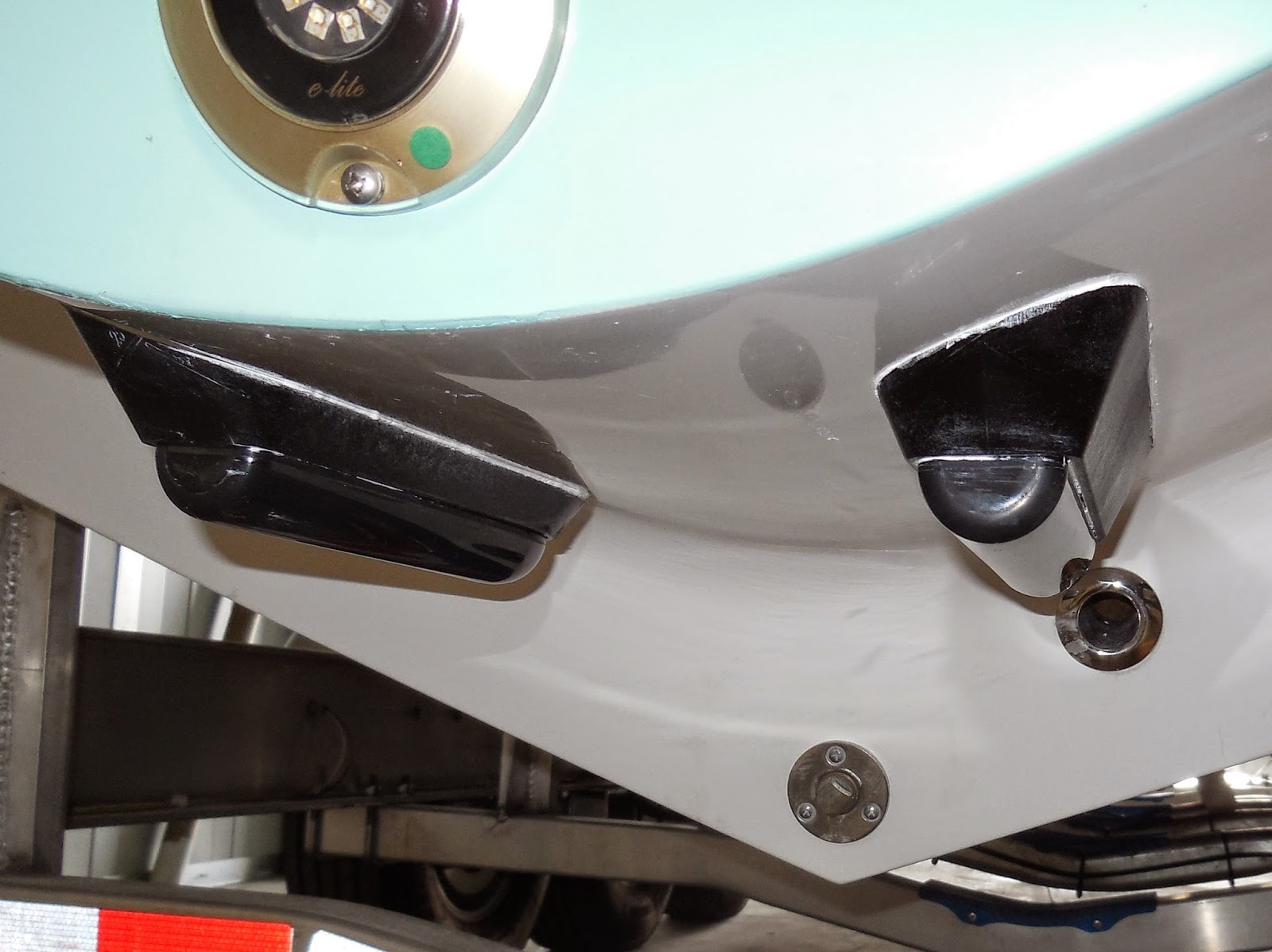 Now the damn thing can be finished. The holes through the hull are re-drilled straight up. Apply the sealant, jam it up into hull and a accomplice tightens the bolts inside whilst I clean up the extruded goo mess below.

Yeah, it looks at first blush that I'm doing the menial labor part of the job. If you saw how difficult it was to crawl back in that uninhabitable miniature dark dank space never designed for human egress you would know I got off light by doing the goo clean up.

It was a very expensive fix that shouldn't have been required. $1200 of transducers were damaged, and now add all of the labor costs. All it required was to read the instructions first. I know its a guy thing,.... but sometimes you gotta, or the bill can be substantial. The Famous Marine Installers school promised me glamour. I'm still waiting.
Posted by Bill Bishop - Parmain at 7:19 PM