Ouch, it's dangling from its hip. A case of being drawn and quartered, gone awry, and it was all done by something, but what? I know most boaters are familiar with rocks, and a few have had some up close and personal experiences with them, me included. But in southwest Florida we don't often see rocks. In place of all those hard objects we just have fluffy white sand that collects on the shores, and a hard packed version that resides in the water. I'm going to apply some marginal journalistic standards here and disclose that my information is second hand from my mechanic friend who was the verbal cell phone based first responder. He dealt with the owner throughout the incident. To protect his identity, I'm going to change his name to Ron White, mostly because he kinda looks just like Ron White. I figure the real Ron White, who actually looks exactly like Ron White won't mind. As the real Ron White says, "I didn't get to where I am today by worryin' about how I would feel tomorrow." I feel the same way, most days anyway. 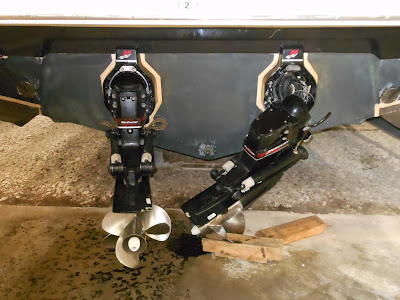