Greetings everyone, for the record this is the monthly board meeting of the Sunny Shores condominium, and marina association. If no one objects, we will waive the reading of last months minutes, and get down to business. I see the first item on the agenda is to discuss putting speed limit signs on the condo roads. Yes Bob? I know safety of the residents is paramount, but do you think they are really needed, I mean we only have two very short roads? No, I remember the incident with Mr. Jones and that electric bicycle he bought on E-bay, but he has promised not to pretend he is racing in the Tour De France any more, at least on the condo property. I agree Sam, but they're expensive, and we used most of the money in the budget for the three no-wake signs in our thirty slip marina. Yes Joe, I know we had that near accident, but it wouldn't have happened if Shirley would just stop driving down the middle of the road all of the time. She's lucky to be alive at all. Okay, we have a motion from Ruth to put it to a vote, all in favor say aye, the ayes have it.
All right what should the speed limit be? That's funny Tom, but this is not the Autobahn. Yes Ethyl? I don't know, five miles per hour is pretty slow. No I understand, but those little teacup dogs are supposed to be on a leash. I'm more worried about stepping on them, than having them run over by a car, and we have eagles, and ospreys around here also you know. How about setting it at 15 mph? No Ethyl, I don't think it's reckless at all, it's the same speed as a school zone. Yes Ethyl, I know that the kids are faster than you are, but the residents are hardly playing bumper cars in here. Thanks Bob, I think I could live with 10mph, but it does seem slow. Come on now Tom, its not like you're going to expire before you get to your parking place. Splitting the difference isn't a bad Idea Ethyl, but that's 12.5 mph, and the standard speed limit sign only has room for two digits. Bob has a motion to set the speed limit at 13 mph, although it seems to be an odd number to me. Alright then, all in favor say aye. Sigh, the ayes have it. Yes Bob? Really now, a radar gun for the safety committee, are you serious? Yes Bob, I know the rules need to be vigilantly enforced, but come on now, a radar gun? All right then Bob, we will add it to next months agenda to talk about.


Okay now, the second item to be discussed is adding a new rule for using the pool that says you can't swim nude. Yes Bob? I agree, anyone who saw Mrs Henderson in the buff will have a very difficult time forgetting it. Okay, lets open it up for discussion. 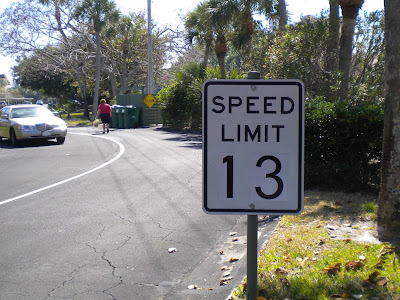 Yes I know it's a bit off topic, but I couldn't resist. I was working at the little marina here, and was bemused about how you could end up at the odd 13 mph number, and the discussion that had to have occurred to get there. So I made one up. I suspect there is some truth to it, in spirit anyway. I always enjoyed Bob Newhart's one sided phone conversations. I'm certainly not as good as Bob, but it was fun to do. I will be more on topic next time, maybe, mostly.
Posted by Bill Bishop - Parmain at 9:18 AM 4 comments: