In this vignette we start our recipe with a 16' Arkansas Traveler ski boat circa 1961. 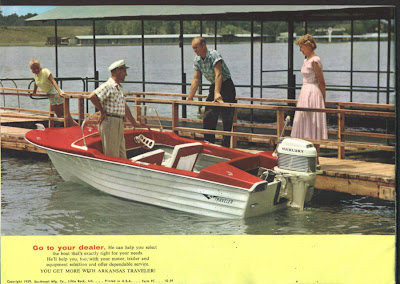 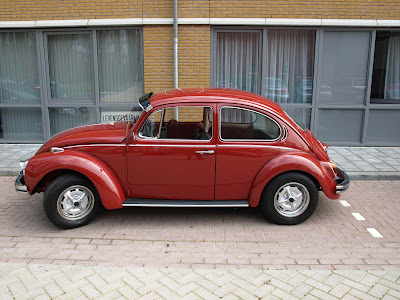 Add equal parts of creativity, good engineering, and elbow grease, stir vigorously, and you end up with a Boatswagen. I spotted this cool little vehicle while pouring copious quantities of expensive petroleum juice into my truck, and had a couple of minutes to chat with the owner, aka Captain Buzz. 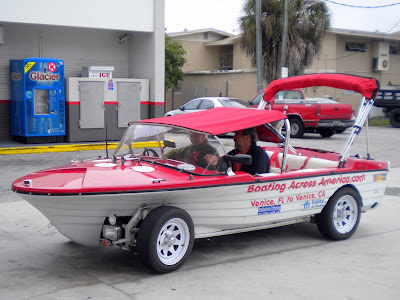 This is a very clever, and well executed vessel, or car, depending on your outlook. The details are endless and even include a bimini top and a hailer system. I'm not sure what the genesis of this project was, but I could imagine a couple of guys sitting around with adult beverages when a sudden epiphany struck, and I hope they saved the cocktail napkin the first sketches were made on. 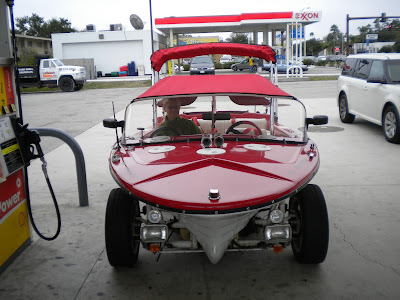 Everyone is familiar with the Volkswagen piece of this vehicle, but most don't know about the boat part. Arkansas Traveler boats were built by the Southwest Manufacturing Co which operated from 1959 to about 1967. The boats were also sold by Sears, which in the end caused the companies eventual failure. The company put all of its efforts into the Sears account, and badly neglected its original dealer base. When Sears switched to another boat company, the Arkansas Traveler dealer base was so damaged, that the company never recovered. It was a case of too many eggs in one basket. It was a shame, because they built sturdy, and very attractive small boats. 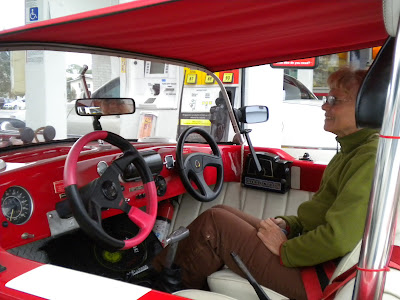 A lot of effort went into keeping the boat part of it real, including the steering wheel on the starboard side, and the engine shifter. The bow light is there, along with an anchor light. There is a prop at the transom, trim tabs, and even a rod holder. What fun, I'm jealous. This craft has recently completed a 7,575 mile trip traveling from Venice Florida, to Venice California, and return, and still looks shipshape, and bristol. Along the way a documentary was being made, and the trip was in part to raise money for the crews favorite charity Habitat for Humanity. This is another thing I want for xmas, but I suspect that this desire will be added to my vast collection in my Museum of Shattered Dreams. 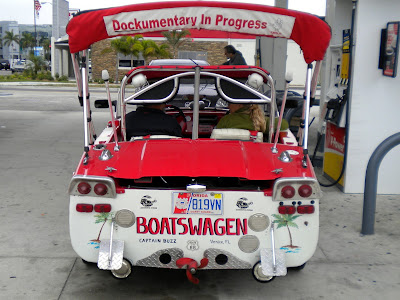 As I said, what fun, and you can read about their adventure at Boating Across America, and for VW lovers, lots of cool pictures.

Posted by Bill Bishop - Parmain at 7:20 AM No comments: