Bronze has been around, well at least since the start of the bronze age, about 3000 BCE. As a matter of fact, the first use of metals starts with gold around 6000 BCE, and by the time Jesus appears, there are only seven known metals in the world. Their appearance in history starts with gold, then copper, silver, lead, tin, iron, and mercury. Aluminum however was first made in a crude form in 1825, and really wasn't a viable commercial metal until the late 1800's. It's a marvelous material when used in the right place for the right reasons. But I would opine that dash panels are not a good long term use for this material, especially when exposed to the salt water environment.
In the real world, or at least in my version of it, I know why it's used, and that's because you can make it pretty, much to the delight of the marketing departments. From this installers viewpoint, the stuff is a real pain in the ass to deal with. 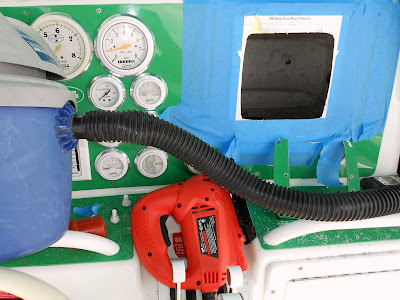