It has taken some time to build, but I have been watching the new West Marine store rising like a Phoenix, from the ashes of a failed retail giant. The building had been hulking empty for about a year, when workers started its make over. 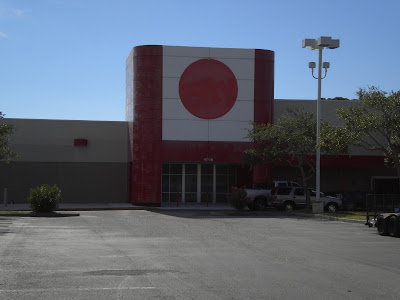 We begin with a cavernous empty shell, and it doesn't take long, before the transformation starts to take shape. Floors are repaired, ceilings drop in places, are painted, and lighting is installed. 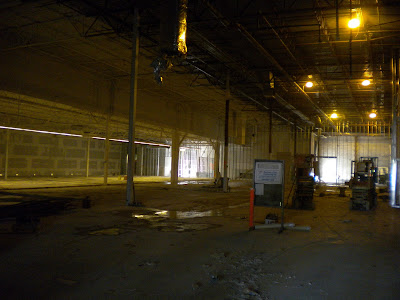 Fixture crews appear, along with large trucks, and a store starts to take shape. Every fixture is accompanied by paper work, that describes its layout, for the stock yet to come. 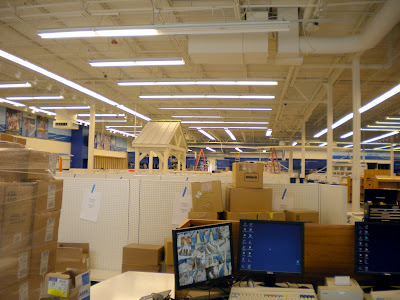 A huge electronics section in the middle of the store is assembled, along with a curved hardtop, that is featuring "top of vessel" electronics, and the Garmin radar array will draw your attention, because it will actually be spinning. 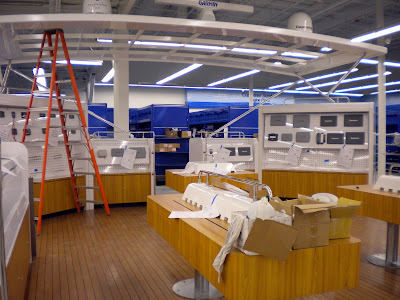 And the merchandise starts to arrive, and I mean a lot of merchandise arrives. A small army of West Marine staffers spend several weeks stocking the shelves, and putting the final touches on the store. New employees are being trained, and new systems are being put into place. Work is wrapped up on the exterior, and the parking lot gets resurfaced, and re-striped. 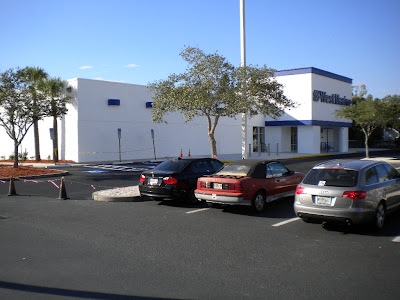 The big opening day arrives, and the store gorgeous. More than three times larger than the old stores. The sales floor is 21,000 square feet, and heavily stocked. I'm not sure of the exact amount of items, but I would guess that there are about 15,000 in the store. The breadth of merchandise is impressive, especially in the basic items I buy every day.

The store is also the new west coast of Florida's Port Supply depot. This means, if I need something that isn't in the store (a lot less likely now), it will be available in the store when it opens the next day. On opening day, I was wandering around with a colleague, and he needed two shims for a specific Harken cam cleat, and there they were on the shelf. Odds were, in the old store, they would be in the warehouse, and would have to be shipped in. Not the case with this store. 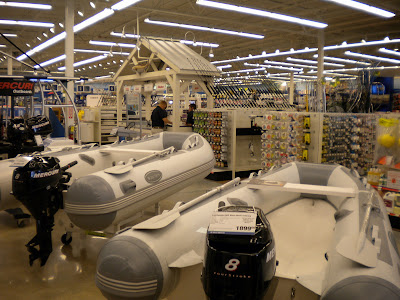 There is now a very large fishing department, and all of the watercraft, inflatables, and motors are on display. 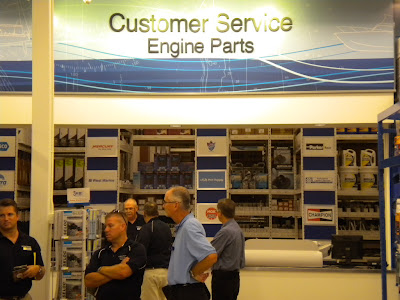 A full service engine department, to help you keep your motors running, is in the back of the store, and there is a huge apparel department in the front of the store, with new brands, emphasizing West Marine's commitment to women boaters, and my favorite, real changing rooms. 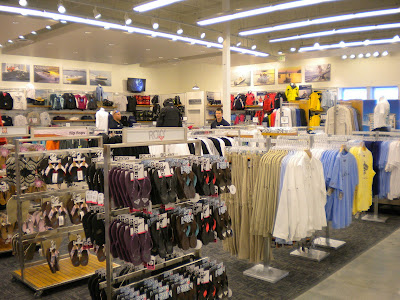 The end result is terrific, two smaller stores in the area were shuttered, and replaced with an impressive destination store, with a massive inventory, and most importantly, at least to me, is a staggering array of operational marine electronics on display. 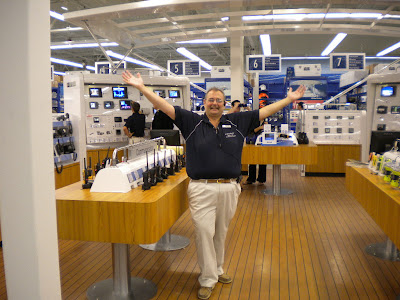 Above is my friend Wayne Seel, the general manager of the new Sarasota Flagship store in a moment of exuberance, and he deserves it. Many West Marine employees worked very long hours, for many weeks to make this happen, and it was all worth it. Wayne said, "My vision of what West Marine should be in Sarasota has been fulfilled." Good job Wayne, and West Marine.