Sometimes you just know something unique is happening to you, and meeting Loys Charbonnet for the first time on his boat was one of them. I was called by Loys, and asked to do some Garmin 5208 training, and software upgrades. As I boarded, his boat I had this unusual feeling. It looked brand new from the factory, but it had this retro classic appearance. So I asked Loys, "Who is the builder?", and he replied, "This is an Intrepid, and it is the first one ever sold". To say this has been a well cared for, and much loved boat would be an understatement. The bright work was in terrific condition, the fiberglass was waxed, and showed no sign of oxidation. The boat is almost exactly the way it came out of the factory approximately twenty-seven years ago.


There are only a few things that are different. It was re-powered just last year, and the original Yamaha 220 was replaced with a new Yamaha 300 HPDI. The rocket launcher seat was also re-upholstered, and the motor mount is of a newer vintage. 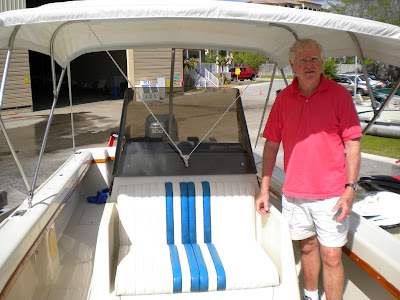 The boat in question is a Intrepid 26, built by the Intrepid Boatworks in 1983, now Intrepid Power Boats. The hull lines are clean, and purposeful, as you would expect from a classic Jim Wynne deep V hull design. If you look closely, at more modern Intrepid boat hulls of about the same lengths, you can clearly see the design similarities, even after a couple decades have passed.  I will talk about Jim Wynne a little later. 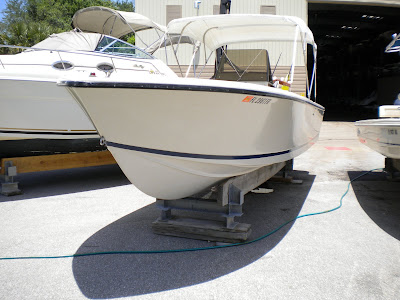 The console is well laid out, and nicely trimmed. The new Garmin 5208 chartplotter is visible behind the helm. The Yamaha shifter, and the engine instruments are new. 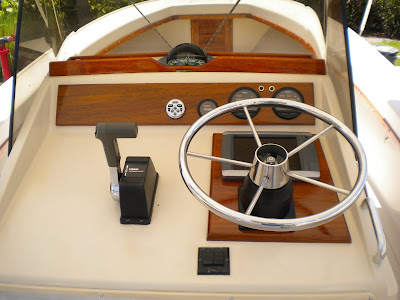 Under the helm, are two VHF radios, an EPIRB, and an aircraft transceiver, and you can see the small antenna farm on the mast below. The mast was custom built for Loys’ boat by Intrepid, and was never a factory option, but it is cool looking, and maybe should of. In addition to the radio antennas, you can also see the Garmin N2K GPS and Garmin GXM51 weather receiver. 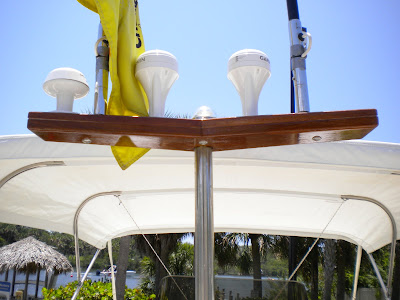 So how did Loys end up purchasing the first Intrepid? He was a good friend of Jim Wynne, who told him about the new company he was designing hulls for. For those who don't know who Jim Wynne is, I will put some links at the bottom of the story to allow for some further exploration. Jim Wynne, along with Charles Strang, were the inventors of the I/O stern drive so prevalent in todays boating world, and Jim Wynne can be also be considered the one of the  fathers of modern power boat deep V hull design.

So how well does this 27 year old design hold up? This is what Loys has to say about the boat:

"I am convinced that having one engine is the way to go. I have run many times in the open ocean with other 26' Intrepids with two, 225hp engines, and it was no contest in 5'-8' seas. If you strap a 25lb weight on your back, and run, you hit the ground harder. This boat is very light, and I have purposely kept it that way. I have made countless single handed crossings from Miami, to all parts of the Bahamas. This boat has never once let me down, and it is bullet proof. I elected to not take the additional 50 gallon tank option, to keep the weight down, and the 150 gallon tank is perfect for good range, and rough seas performance. I did not order the T-top because of both the extra weight, and windage. I like speed, and the new Yamaha 300 HPDI does an excellent job in this department. (Note I did not go with the four stroke version, again to keep the weight down)
"Loys followed this comentary with the following musings:
"A good friend of mine bought the second boat off the line, but I let the factory finish his first because he was headed off to the Bahamas before me. We were departing a little later in my Hatteras 53 YF. We, for the most part, towed the Intrepid all over the Bahamas. Typically we left the two boats there from May to September, and we were always moving around. I love to free dive, and shoot fish with a sling. We owned a twin engine plane (hence the aircraft transceiver on the Intrepid), and would leave on Thursdays, and would return on early Mondays, and we did this for twenty five years".
I liked his assessment of the boat, it is pragmatic, and it comes from an ultra experienced boater. Loys started out in boats at age ten in a pram. He is a world class "Half Ton" sailboat racer, with many 1st to 3rd place finishes, both domestically and internationally, and I can't imagine him without a boat, or two, or three. 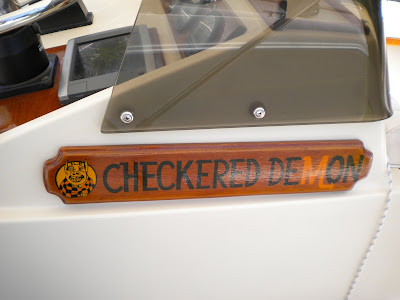 So now we come to the "Checkered Demon", and all children must now avert their eyes. When I first met Loys, I had my trusty Nikon digital camera with me, whose battery promptly took a dump after the first couple of pictures. I sent him an e-mail, and asked him if I could take some more pictures of his boat, and have him answer a few additional questions. One of the questions was as follows:
"Loys, the name "Checkered Demon" is evocative of my less than halcyon, and at times somewhat misspent youth. How did you pick the name, and might you know Mr. Wilson, and Crumb of Checkered Demon fame?” Here is Loys response:
"I never personally met S. Clay Wilson, but I have two complete original sets of his comics, and no, they are not for sale. In 1974 I had a Ron Holland custom designed "Half Ton" sailboat built for the 'Half Ton" World Championships held in Chicago. A good friend of mine, Cai Svendsen, who lived in Coconut Grove, helped build the boat and sailed on it and he introduced me to the "Checkered Demon.” All of my boats, including, all subsequent to the "Half Ton" yacht, have carried the name. If you know the "Checkered Demon" you know he always wins!”
The "Checkered Demon” was the creation of S. Clay Wilson, who was a contemporary of R. Crumb (Keep On Trucking), and Gilbert Shelton (The Fabulous Furry Freak Bothers). This odd, counter culture anti-hero had the distinction of doing in bad guys, such as rapists, pirates, and bad biker gangs, and never losing, but on the whole he would rather be drinking "Tree Frog Beer", and graphically chasing after (and I am being very discrete here) females with names like Star-eyed Stella, and, the ilk. For those of you, who had "Fuzzy Days" during this period in your life, I have included some additional links below to refresh your memories. 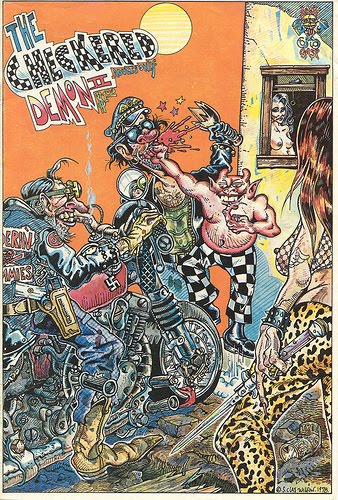 Thanks Loys, its been fun.
Below are some interesting links that are worth exploring, and Google can take you to many more.
An excellent Sports Illustrated article about Jim Wynne
Wikipedia article about the stern drive
Stern Drive, The Invention
The Bertram Mopie, Jim Wynne, and the Great Race
A good piece on S. Clay Wilson's life and times.
Wikipedia on S. Clay Wilson
S. Clay Wilson, the artist
Posted by Bill Bishop - Parmain at 7:37 PM 6 comments: