Even as bankruptcies go this was fast, and well planned. As the ink was drying on the Judge's paperwork. about 1700 stores headed off into liquidation land. Everything must go, and it largely has by now for many of the stores. The store below hung the signs on Friday, and essentially the majority of the inventory, the good stuff at any rate was gone by Sunday night. I was a regular customer here and sadden by the events. RadioShack had been around for over ninety years, and somehow they lost their way. The rule "Find out what you don't do well in life, and then don't do those things" had largely been ignored. 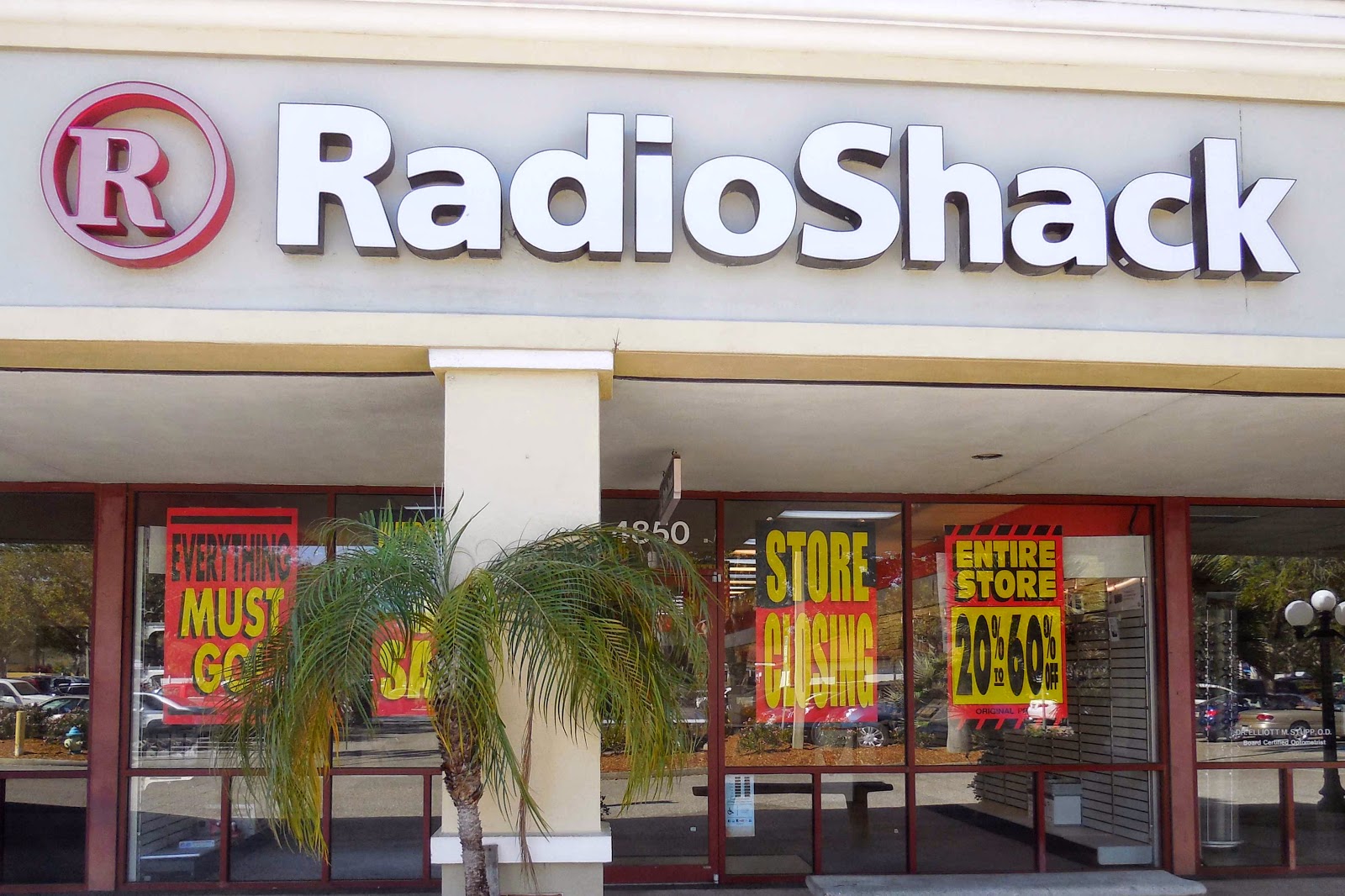 It was alway interesting to walk into their stores and try to find an actual radio on the shelves. There were a few there behind and sometimes inside the counters, but not as much as you would expect from a company whose name started with the word Radio.

RadioShack lived in two worlds. The retail one and the online version which was very different. For example few would know you could buy an Icom or Uniden VHF radio from them online.

The vestiges of the companies previous life still remained, but were almost hidden away. They still sold radios, and stocked a lot of them, but not in the stores. Online you could buy weather radios, there's a smoky ahead little buddy CB radios, shortwave receivers, walkie talkies, marine VHF's, scanners and more. It was almost like they became embarrassed about their previous life. Shush, we don't talk about radios in public, put those things back into the online closet. People will think we're just like those ham radio guys. We've rebranded ourselves as "The Shack." We're hipsters now.

I have a certain nostalgia for RadioShack. It was the source of my first radio. A six transistor AM radio. You remember transistors don't you. They were little metal silver cans with three legs that did miraculous things like making computers possible. The bell started to toll a dirge for vacuum tubes the moment they were invented.

I have bought many radios from them through the years including my little aviation receiver I inset onto a catalog page from 1980. It still works well. I can add to this list several SW and weather receivers, and I'm sure at least a couple of clock radios through the years. 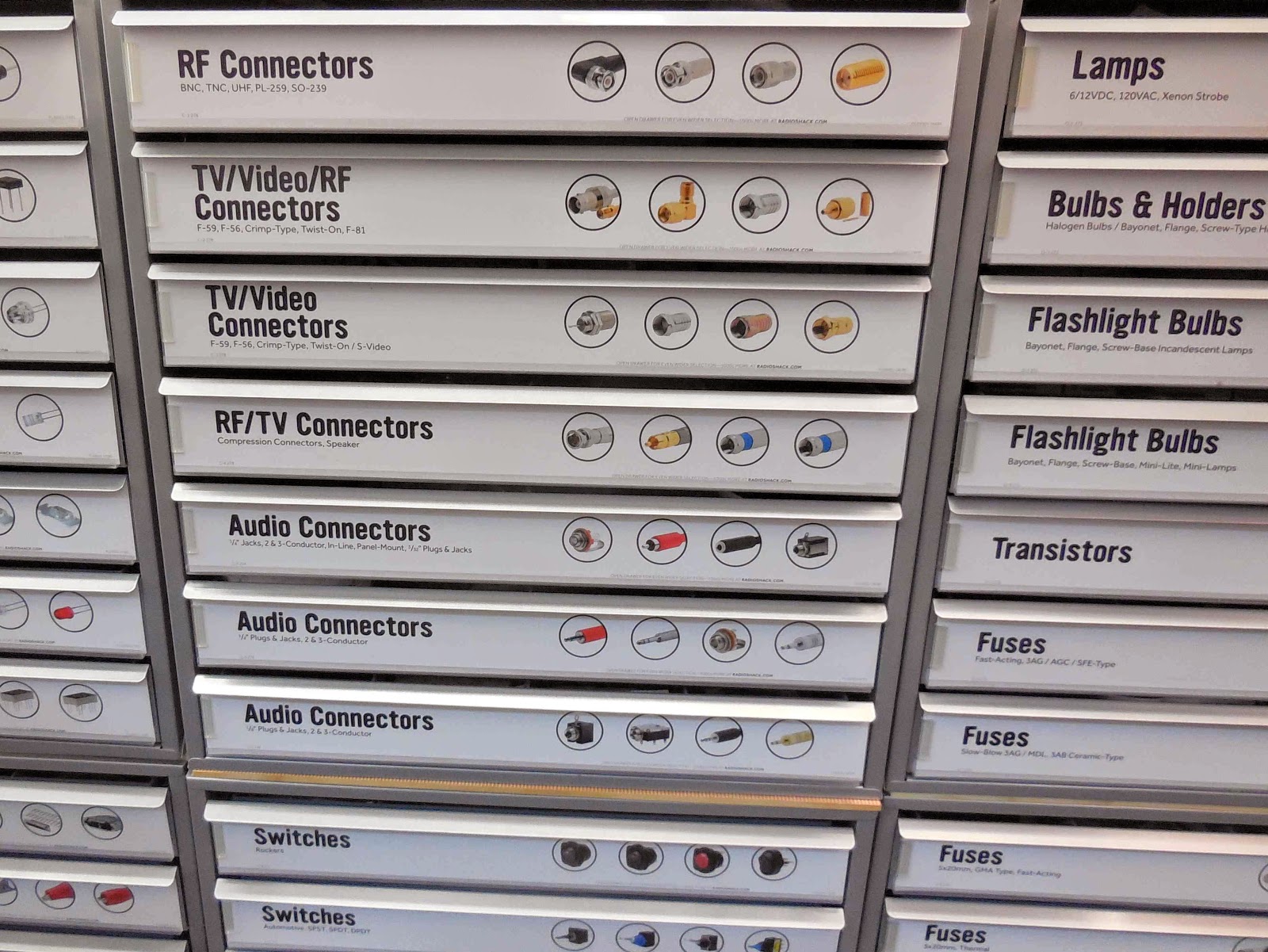 But when I walked into their stores I always bypassed the glitzy consumer electronics and went to the hidden recess in the back.

This is where the gold was located. Adapters to go from one connecter type to another. Audio cables, coax splitters, LED's to replace a corroded compass light socket and bulb, resistors to go with the LED's, and more.

By the way I do the same thing when I go into a West Marine store. The back is where I find all the stuff I need daily. The basics if you will. Tie wraps, fasteners, and SeaStar hydraulic juice. 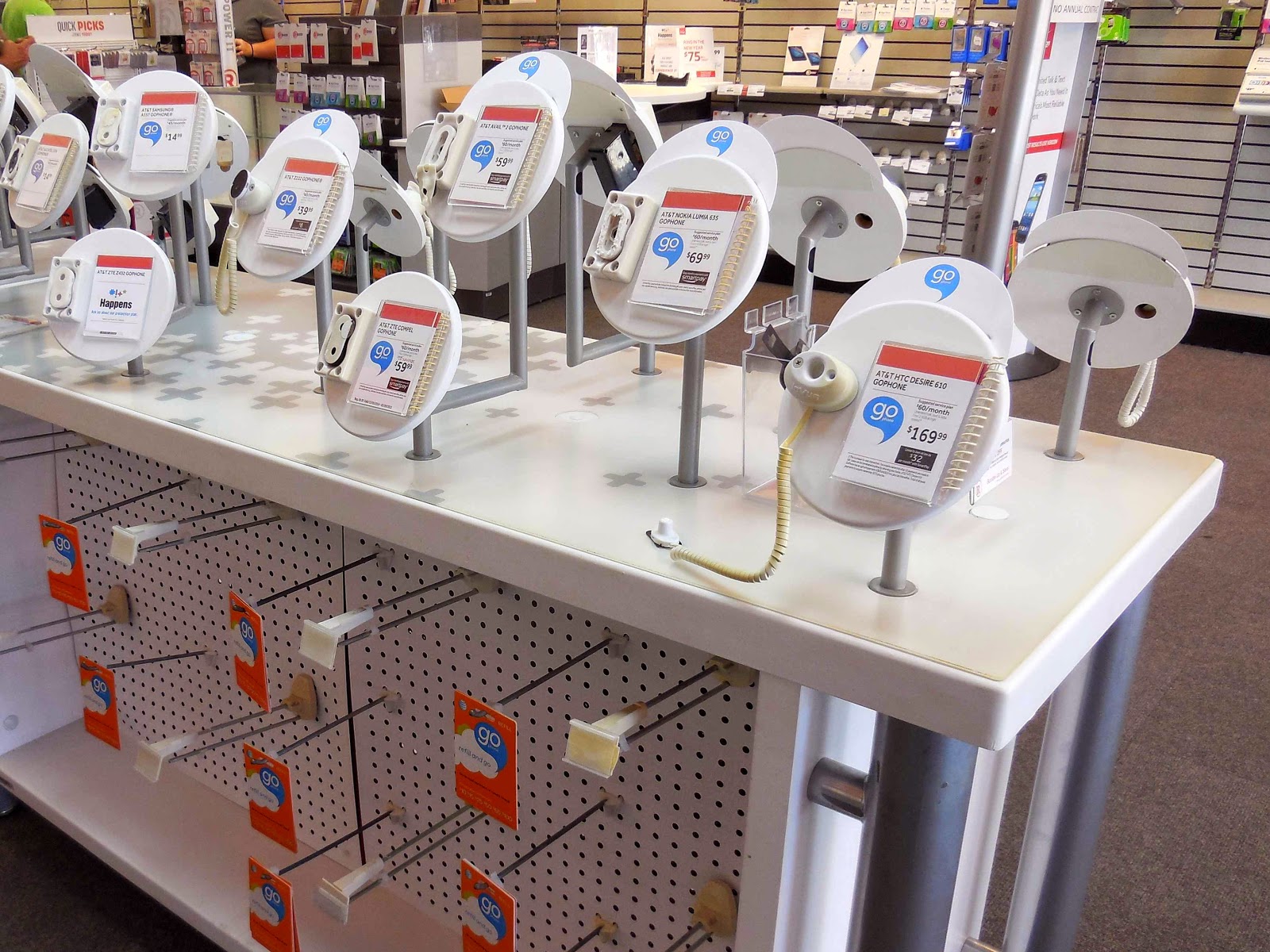 So how did they get into this position after nearly a century of operation. I have some theories. The first one is the retail locations were too small to compete with the big box stores. The second one was the decision to hawk cell phones.

This was the big one I think, at least from personal experience. The margins are razor thin, they swallowed a lot of floor and wall space, and it was a product that took a lot of skill, training, and patience to sell.

The stores are smaller, and aren't overrun with employees. I would be in the store clutching a small handful of critical items, and patiently wait while an octogenarian would be trying to decide on what type of flip phone, and plan they needed. I could see the living soul and life force being sucked right out of the employees while this was happening. What exacerbated this process was clearly not all of the employees had been well trained to do this task. 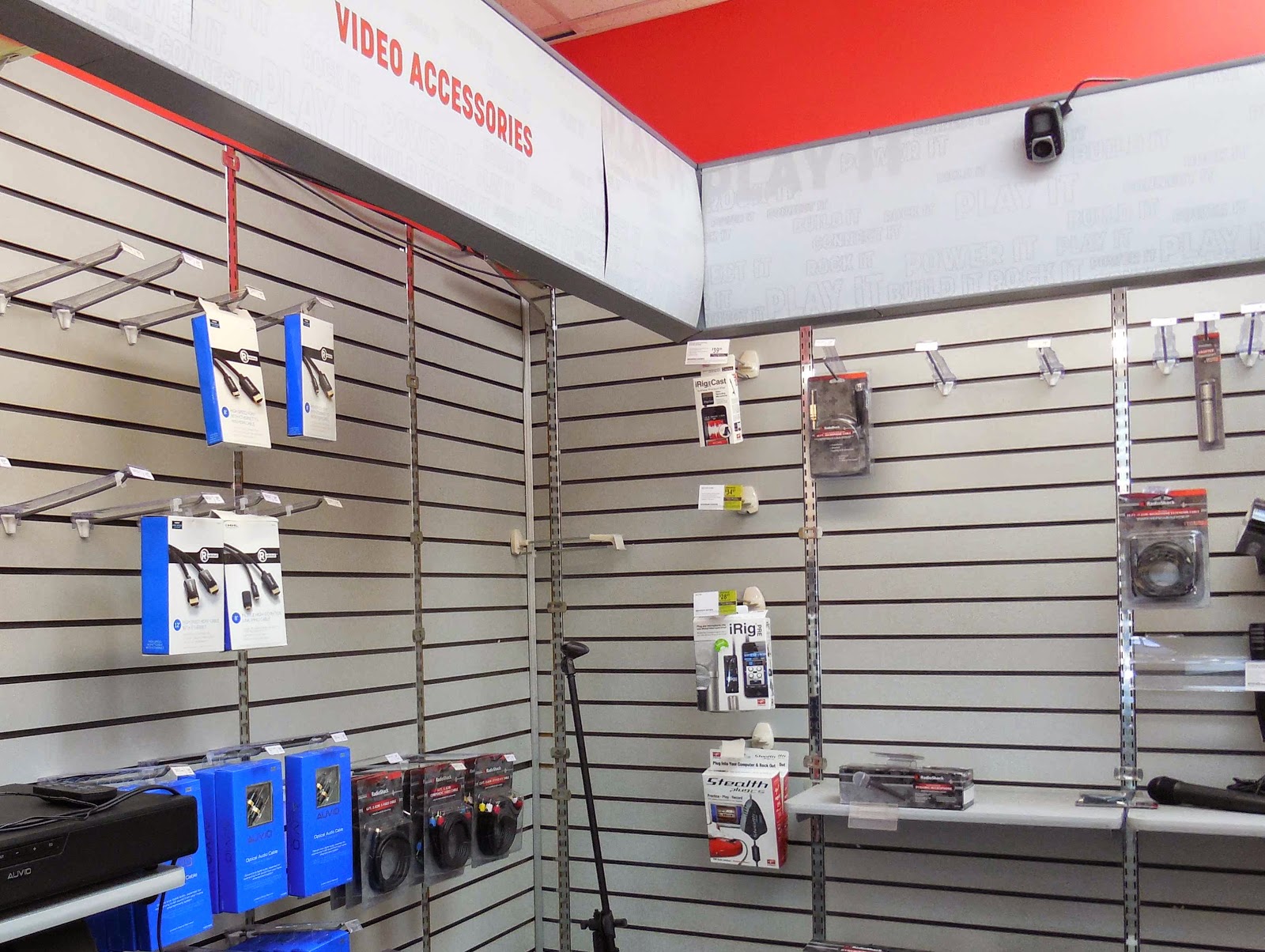 It appears RadioShack will live on in some new re-rebranded version. About half of the 4000 stores will still survive in one form or another.

Welcome to the new Sprint Phone Radio Lean To Chimera store. That's my made up name for the store within the store model. You've seen these before. The Starbuck's inside the Prada store sort of thing. I guess something is better than nothing, but I would bet the essence that was the original RadioShack will finish evaporating leaving only a powdery Bakelite residue in bottom of the retail pan.

In the end I took advantage of the close out sale and made a great purchase for only $14. A pile of goodies for my Arduino. A breadboard, fifty jumper wires, servo, pots, LED, switches, buttons, tilt sensor, and a bunch more. At a glacial pace I'm building a wind sensor around an Arduino for a Practical Sailor article. The little Level One Novice (that's my level, for now anyway) kit had several things I needed to buy anyway, and it was such a deal. A classic case of Bill mishandling martial funds.

So in a wistful sort of way goodby RadioShack. The big local winner is Sarasota Electronics. No they don't sell radios, but you can buy everything you need to build one, and they have most of the basics I buy.

I borrowed the 1980 RadioShack catalog image from RadioShackCatalogs.com. This is one terrific website. They have catalogs starting from 1939 forward. Going through these catalogs will give you a year by year history of electronics development along with a lot of historical info about RadioShack. I looked at the 1952 catalog, the year I was born. We have sure come a long way. For a long time RadioShack was just that, a radio shack.