It was happy SDR day. I had squandered $18.00 of joint marital funds and had waited days for my digital equivalent of Ralphie's Little Orphan Annie's secret decoder ring to arrive. I was hoping the message wasn't going end up being something like "Drink Ovaltine." It was the best investment I have made in a long time, although I don't think Katie is as enthused at the cacophony of dronings, squawks, squeaks, beeps and hissing sounds continuously emanating from my office. The paltry funds have let me peer deeply into the mysterious world of radio frequencies which I haven't done since I built a crystal radio as a kid. What fun, but does it really work? 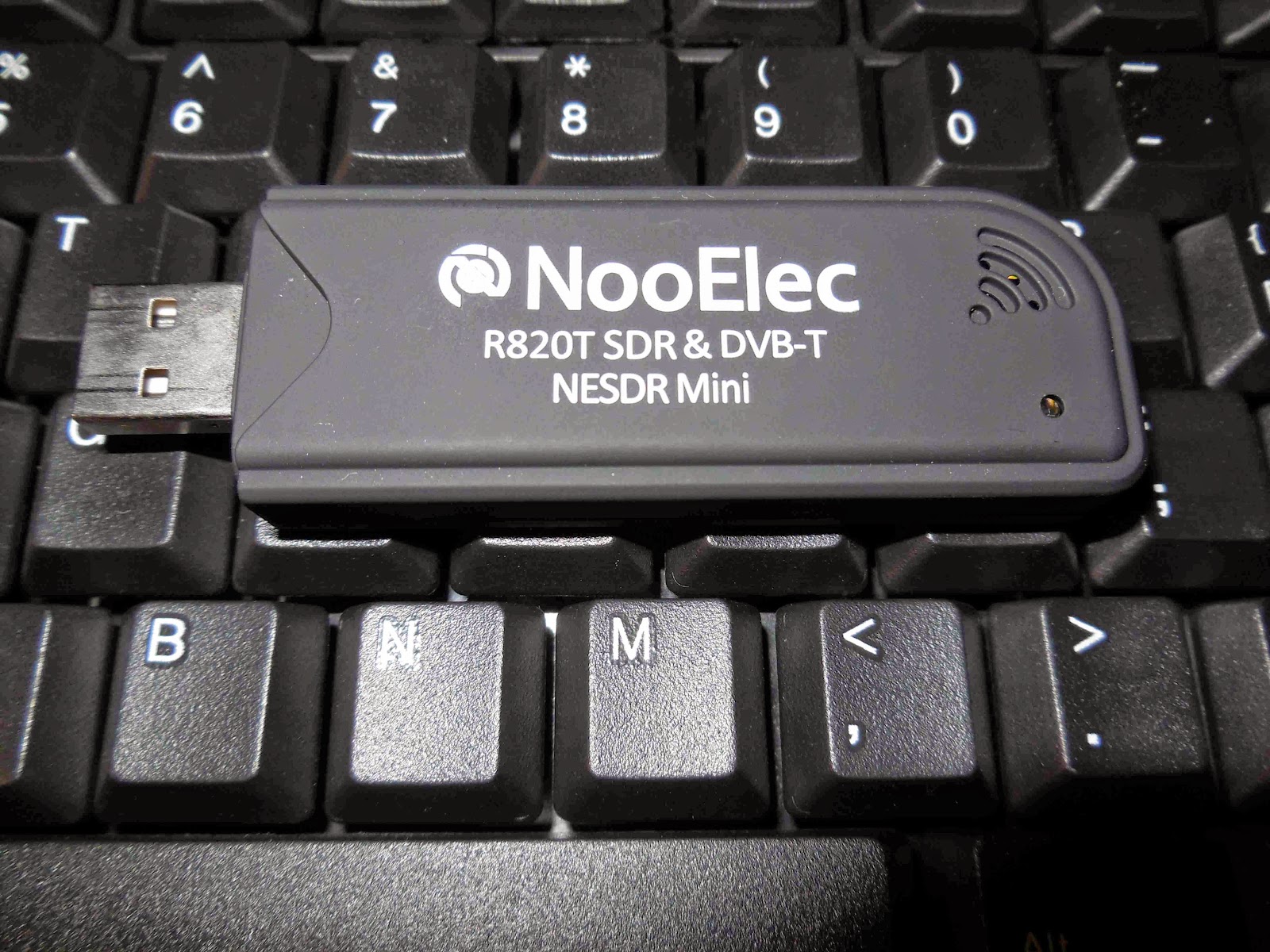 I've learned a lot in a very short period, but not enough yet. The little device works very well, especially given the relatively minimal price point. There are however some realities to contend with.

So far I have played with two free software packages. The SDR Sharp, and the Chrome  desktop radio app. 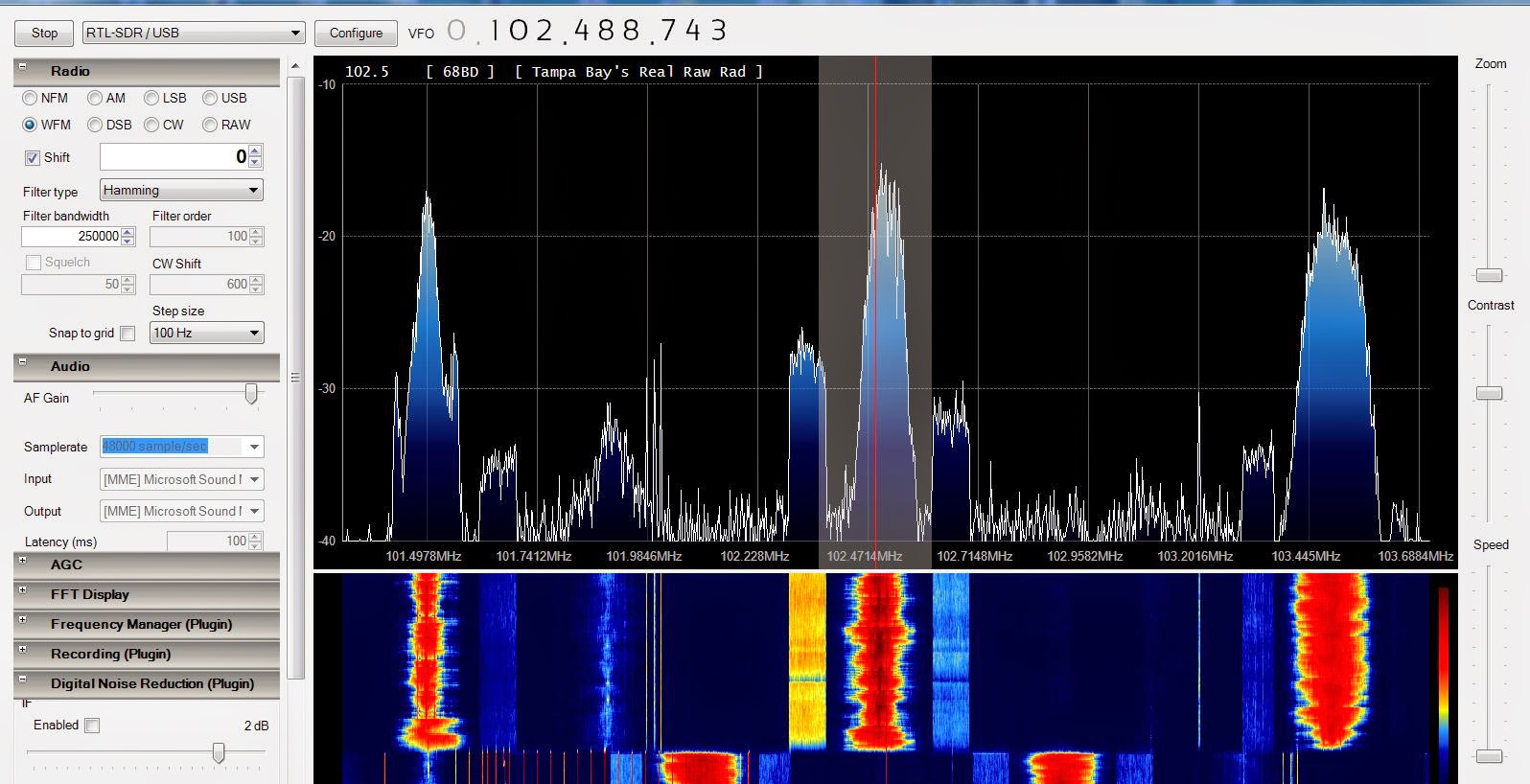 The SDR Sharp software epitomises what good open source code should be. It's accessible to normal mortals. By that I mean it's easy to download and install. Even a marine electronics installer can do it.  Glitches are minor, and in my case I was responsible for most of them. Overall the software is very stable, and here is the only issue I have found.

The program is a CPU hog. My first attempts at listening to anything was a disaster. Audio was jerky and the program was running at a snails pace.

It didn't take long to figure out what was going on, especially when the my auxiliary CPU cooling fan kicked in. A quick look at my PC's task manager CPU usage history showed the processor was running at 100 percent and couldn't keep up. I had several other applications open and the needs of the many were causing everything to grind nearly to a halt. Shutting down all other application helped things a lot.

Even when the SDR Sharp software was running by itself, there were some things yet to contend with. The waterfall display (the sonar "A Scope" looking stuff at the bottom of the display) if turned up to higher speeds was also swallowing a lot of CPU capacity. Turning it off completely improved the performance. I don't have the world fastest computer, nor the slowest. There is a lot of very impressive software doing a huge amount of number crunching to produce these excellent results.

Objects in the picture are smaller in real life. That's my summary of the included antenna. The good news is it works somewhat, and is adequate enough to show you the art of the possible. 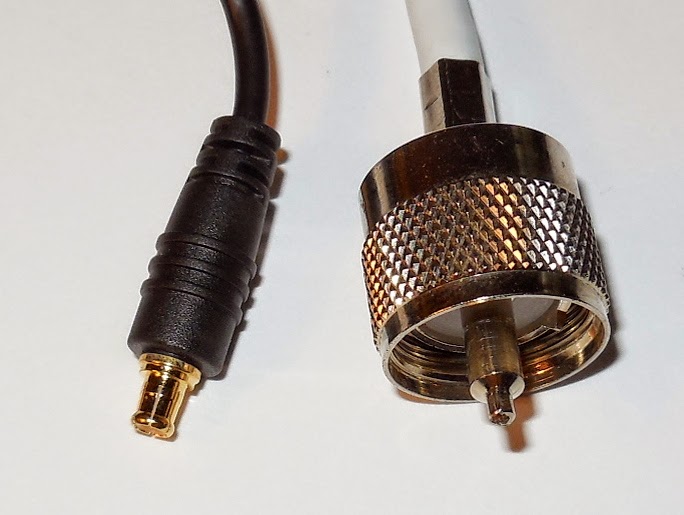 The little antenna I have is wanting. To paraphrase a line from Peter Benchley's book, "I'm gonna need a bigger antenna." In addition some form of a connector adapter will be needed.

My dongle uses a male MCX plug. It's a little guy when compared to the shown standard VHF radio antenna connector. My solution was to buy an adapter cable online that has the tiny MCX connector to plug into the dongle, and a standard coax TV F style female connector on the other end. I can easily adapt the coax fitting to any of a larger selection of adapters available locally.

Despite the reception issues I have managed to listen to and identify many frequencies. The easiest ones to receive are the booming FM frequencies. I can pick up both marine and standard NOAA weather broadcasts. On occasion bits of traffic on VHF 16, and some spotty aviation broadcasts appear. There are also lots of other signals I can see that are blasting into the aether. I have no idea what they're about but I will investigate and report back.

The thing I need first is a better antenna, and I'm going to try a couple of inexpensive options. First is a Collinear Coax AIS antenna. It should cost less than $5.00 to build. This should suffice to do a AIS reception demonstration project. I'm reasonably close to the ICW, and the price is right. I'll also acquire a longer telescoping antenna to play with.

The other piece of free software I've played with is the Google Chrome radio receiver app. It has some pluses and minuses. The big issue is when the software glitches, and it does from time to time, I have to reboot my PC to reactivate it. Annoying to say the least. It seems like it can't relocate the dongle once it loses it without re-starting the PC.

It does have presets for weather broadcasts and a free tuning mode. But unlike the SDR Sharp software it doesn't have the spectrum analyser that visually shows you where the stronger frequencies are. I will use it some more before I pass any judgment.

What's next is to build an antenna that will do a good job of receiving AIS signals, download and another SRD software (HDSDR) package to evaluate. Then the AISMON module to decode AIS signals is next. In theory it should be possible to keep something close to a $20.00 budget, recieve AIS signals, and display them. We will see.
Posted by Bill Bishop - Parmain at 8:27 AM