Rules and laws like everything else come in flavors like good, obscure, and unwritten. Some are codified into our laws, some are not, and others appear to be nonsense. Whether we chose to follow them or not is in part based on our experiences, or lack there of. In the end Darwin is the final arbitrator. So I'm going to make up some rules. These won't guarantee you won't get a ticket, or hurt, but statistically I think you may be better off if you pay attention to them.

Rule 1. The other boaters around you are all addled crazed idiots that are trying to kill you. This isn't always the case, but it should always be your underlying assumption. In fact 80% of boating deaths are caused by operators with zero boating education. This doesn't mean if a boater had some more formal instruction that any of it was retained because the other 20% had some education, albeit perhaps with a more dubious provenance. Only 3% had taken a USCG Auxiliary, Power Squadron, or American Red Cross boating course.

Ten percent had passed some sort of a simple State required open book test. These aren't bad things at all. For the masses something is better than nothing. But in the state of Florida this only applies to someone who was born after 1988.

The Internet provided 7% of these boater's with their education. I shudder to think to what that could have consisted of. Some of it is very high quality, and others not so much. Cogitating from time to time on your personal level of training and skills is never a bad idea.

Rule 2. Know where you are, all of the time. It's apparent way too many are clueless about this concept. I am perpetually flabbergasted at boaters who despite the many thousands of dollars worth of high tech chartplotters onboard, that show them exactly where they are and the water depth, who can still manage to run aground. I think it's a good thing these boaters have a depth finder to tell them they really are aground.

A corollary to this rule is if you're on a boat, and the operator tells you he or she, "Knows these waters like the back of their hand" you should be looking for a life preserver and something to hang onto.  This is almost always a boat devoid of any charts, navigation equipment or operator training. As I have oft said the placemat from a seafood restaurant never counts as a chart, ever!

Rule 3. Referring back to rule one, following someone with the mistaken belief they actually know where they are, and where they are headed is a big mistake. Statistically speaking the driver of the boat in front you is most often an addled crazed idiot.

Rule 4. Captain Morgan is not a good friend. I'm not going to pedantically lecture everyone about this. We all know better. What is it about a boat that encourages people who would never leave a bar staggering and get into their car to decide to get stinking drunk on their boat?

Rule 5. Before you leave the dock check the weather. By this I mean really check the weather, not just take a look at the radar on your cell phone for 5 seconds if you do anything at all. What's the forecast? Is the front approaching? Are afternoon thunderstorms or high winds forecast? While you're at it check the tides. This isn't complicated. Are they going up or down, and how fast? Add to this a quick call to your spouse and tell him or her what your plans are. This is less than ten minutes tops. 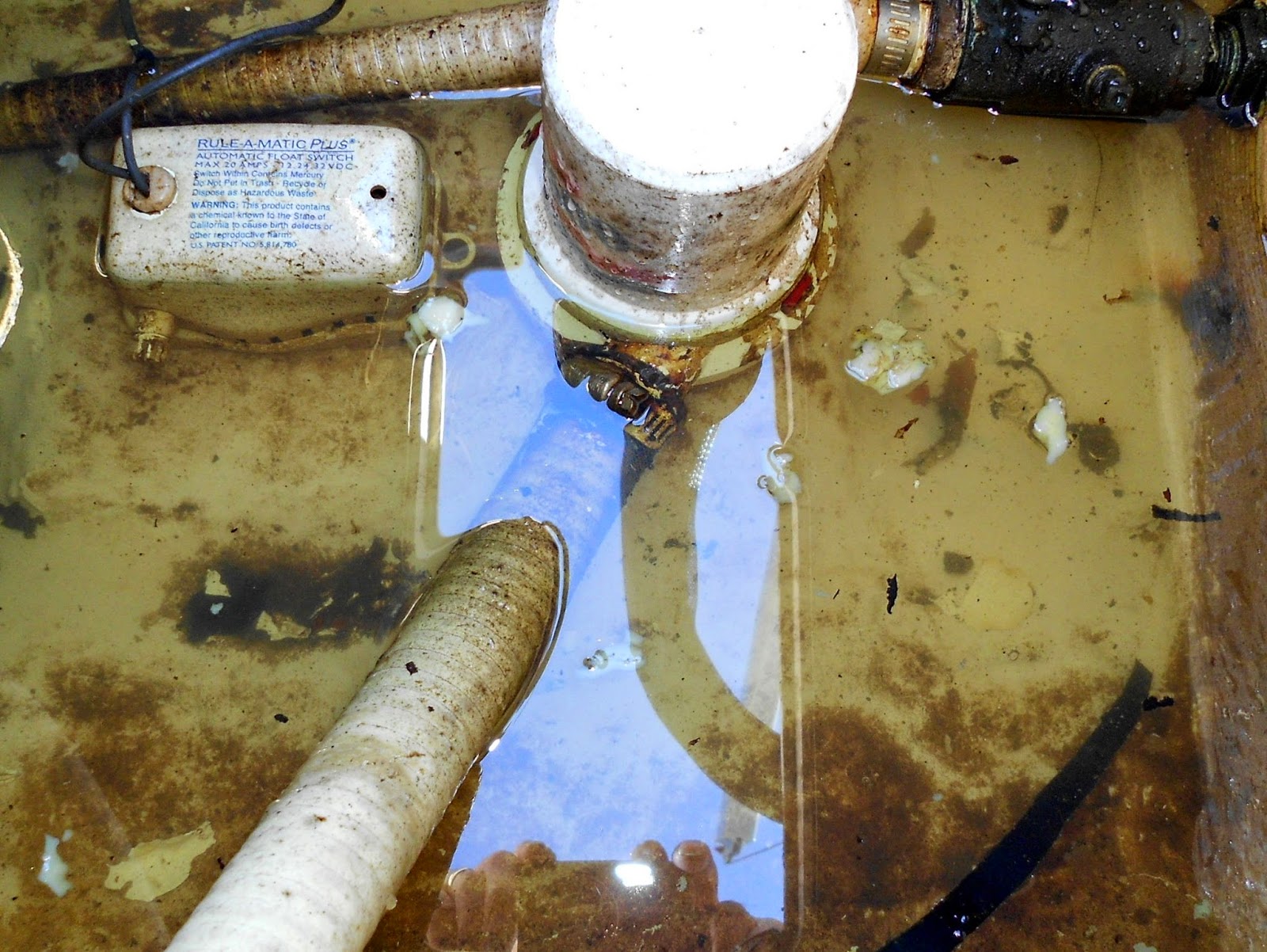 Rule 6. Gas fumes are very explosive so for inboard engine owners run your blowers for the builder's suggested time before starting the engines. That's good, but it's not anywhere good enough.

Actually open the hatch and do a visual inspection of the engine room. Stick your nose in there and take a good whiff. Here is the reason why. If you have a gas leak, and gasoline is standing in the bilge you can run the blower for hours without ever getting rid of the fumes.

One turn of the key, and kaboom. Since you're now going to do this every time, check the oil, and everything else you've neglected like water levels in the batteries at the same time. If you do find standing gasoline in the boat's basement, get everyone off the boat quietly, quickly and smoothly. Don't rock the boat in a panic and cause a float switch to turn on.

Rule 7. Don't get into a collision. This is the cruelest of all of the stupid human boat tricks. This recipe consists of various ingredients like inexperience, too much speed (boats don't have brakes, so far), alcohol, poor or obstructed visibility, not paying attention, the volume is cranking 120db out of the stereo, and my litany can go on endlessly. If you're paying attention, are reasonably sober, keep your eyes open and travel at speeds appropriate for conditions this likely won't happen to you. Even if you're not at fault for causing an accident you're going to get a ticket anyway for not keeping proper lookout. Refer back to rule one.

Rule 8. Your boat is not a Clown Car, so don't treat it like it is. Won't they be surprised at the boat parade to see the thirty clowns, including Pennywise on your boat, if you get there in the first place without capsizing.

Rule 9. Know where all those orange floaty things are. If things go to hell in a handbasket, it's a handy thing to be able to find them quickly. For salt water boaters some shark repellant will be good to have also. If Uncle Charlie and Aunt Mae from Reno Nevada are concerned about the efficacy of shark repellants you can always give them a bag of chum instead.

Rule 10. Stay at home during the busy holiday weekends when the waters are packed with more than the usual amount of addled crazed idiots. You will save lots of money, won't get watercraft roid rage and will have much less stress. Instead go to a waterfront bar at a busy intercoastal waterway location and watch the antics. You might even find me there. Don't forget to bring your camera. This is much safer, and a lot more fun.
Posted by Bill Bishop - Parmain at 8:36 AM