Views from the Intercoastal Waterway

I spend a lot of time on the water doing boaty things like endlessly turning circles, running for my tool kit to overcome some nautical mechanical or electrical travail, and pointing out to Bob he is now out of the channel and maybe he should turn to port if he doesn't want to buy new props. My camera is always at the ready if unusual sights appear, and they always do.

The recent passing of the "Save our Florida Tourist Visa, and Job Creation Act" requires all non-Florida residents to purchase a visa for $1000 to stay in the state after June 1st has caught many visitors by surprise.

Bill sponsor Granville Thistlewaite III was quoted in a recent press conference, "It's a new day for Florida. Over 400 bounty hunters are now employed full time, and you should see the look on these folk's faces when they get off that Greyhound bus in Valdosta Georgia." 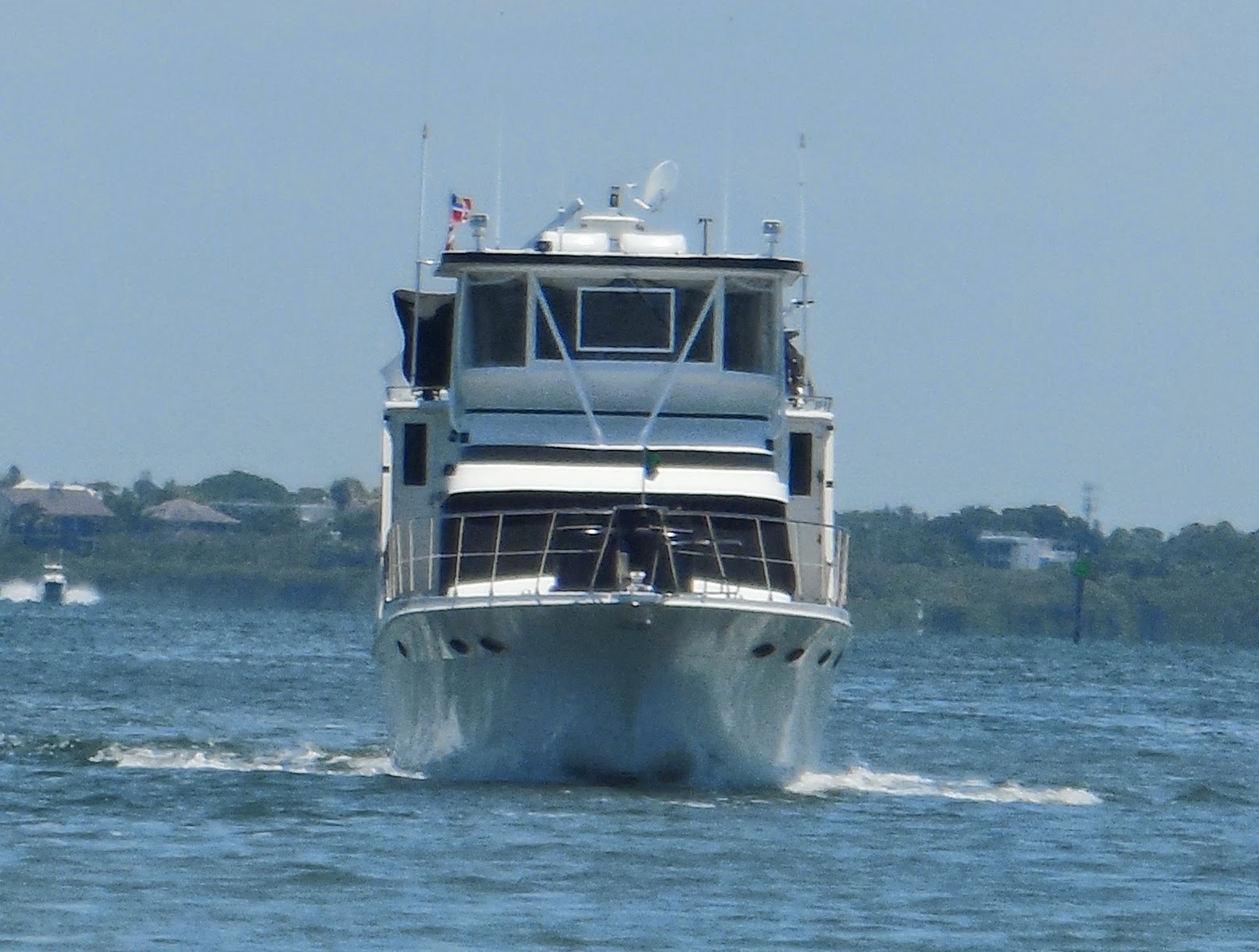 Doctors have announced the first successful transplant of a boat onto a mobile home in a delicate three week operation. The lead surgeon said, "I'm pleased the surgery went well, but we're still having some difficulties deleting the thousands of Walmart waypoints from the chart plotter." 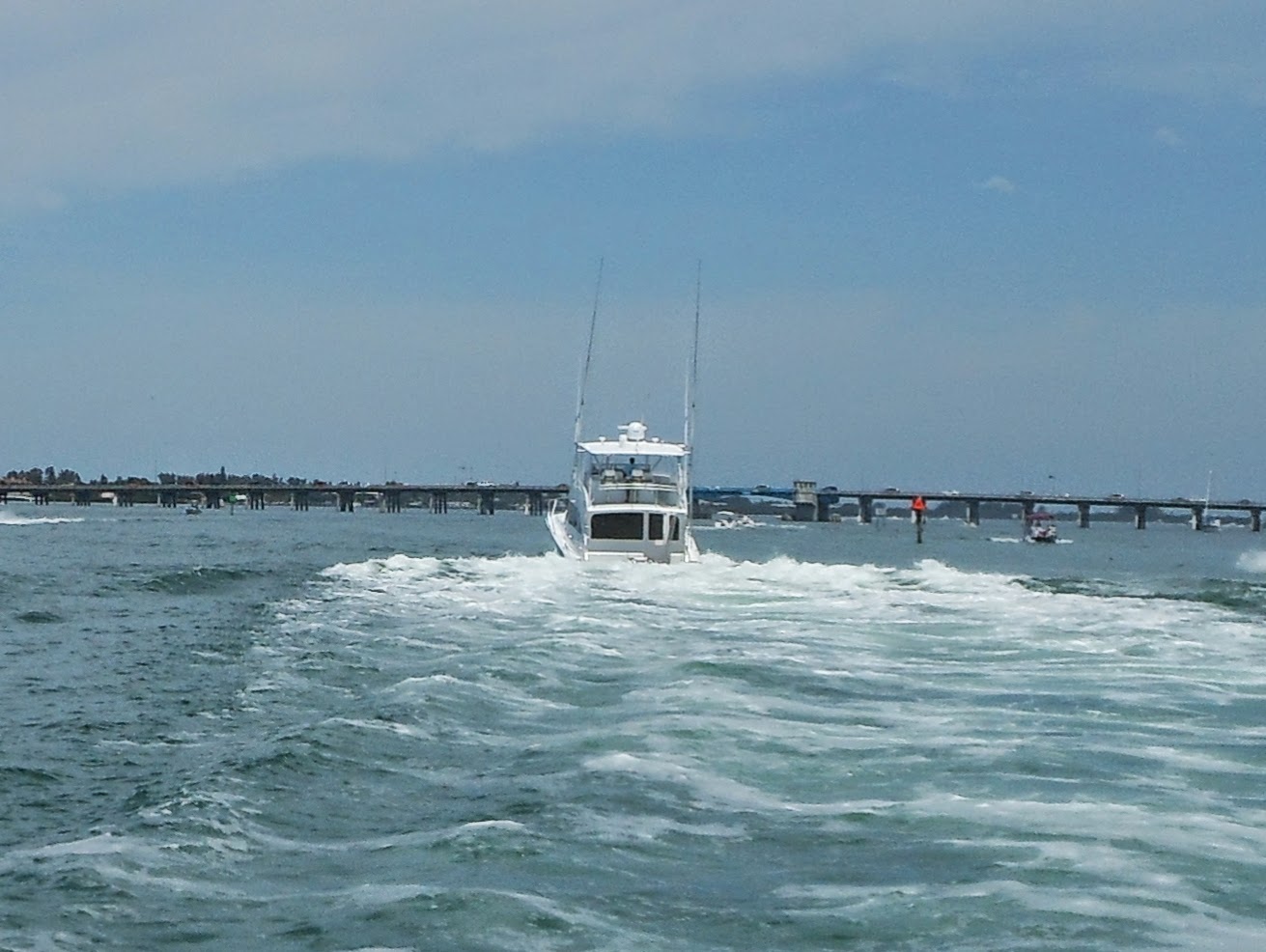 This is the boater's equivalent of a NASCAR rubber burn out. If this boat squatted any lower in the stern it would have disappeared.

It's rumored this craft is being built for the Duck Dynasty show. You won't need to hunch down in the swamp swatting mosquitos if you own one of these luxurious floating duck blinds. The custom stern ramp makes it easy for the hounds to retrieve your bounty, and the camo paint job makes the boat virtually invisible. The amplified hailing system is used to automatically play ducks calls, and can blast out a little Lynyrd Skynyrd while you're enjoying some Wild Turkey bourbon. 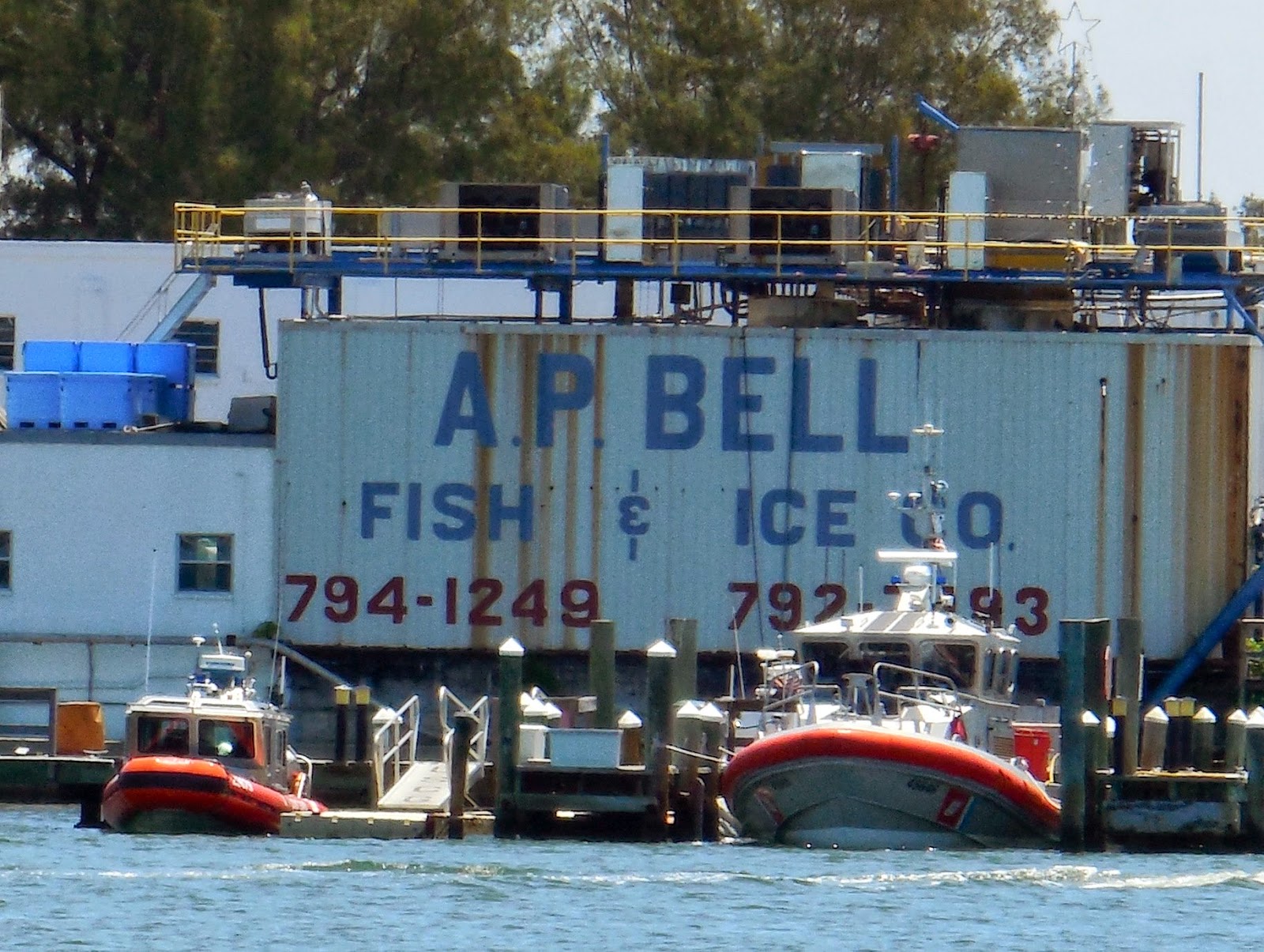 The budget cuts have been hard on the local Coasties. Gone now is the clubhouse atmosphere, the swimming pool, and the Friday night lobster boils. The good news is ice is now plentiful and they don't even have use a boat to check the commercial fishing vessels.
Posted by Bill Bishop - Parmain at 2:39 PM