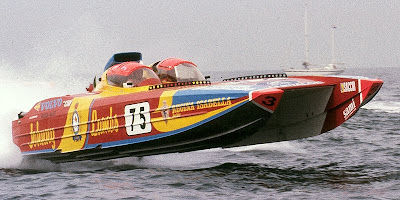 The rules are explicit that boats in this class can't exceed 117 mph as measured by a GPS, and exceeding this limit automatically puts you in last place. But it appears to me the rules could use just a wee amount of updating for a variety of good reasons. 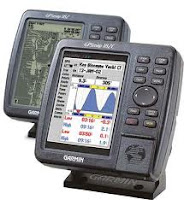 This is the Garmin 182, and it was state of the art when it was introduced in early 2002. The newest machine on the list, the 198C was introduced in 2005. None of these are still made, and haven't been for a long time. So if you need one, you will have to search eBay or the ilk to find a used pull out. 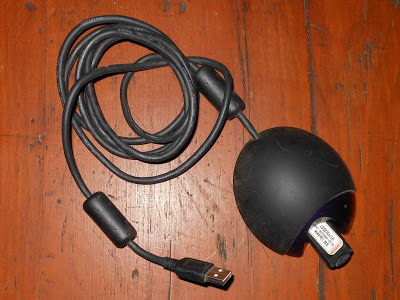 All of the specified Garmin units used the Garmin data cards, and USB readers. Here's mine. It took a while to find it because I hardly ever need it. Nowadays it's just used on rare occasion to transfer waypoints to a newer system with my Andren software. I only have a few Garmin chips left.

But there is another issue to contend with, and that is the ability to get current charts. If you can find them at all. The newest possible update is circa 2008, and no other updates will be forthcoming.

So let's sum up. None of these unit are still manufactured, only used ones can be purchased, and the charts can't be updated. It seems a bit outdated. Console real estate in these boats is typically very limited, so if you have an antique installed, there may be no room left for a more modern chart plotter with safer current charts.

So it begs the question. If what you want to do is monitor max speed by GPS, why are you specifying old used Garmin equipment when there are so many better solutions? 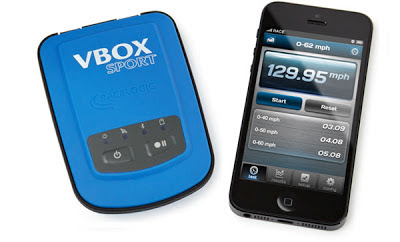 Here is an example, the VBOX Sport. It updates 20 times per second, has an internal antenna, and is IP65 rated. You can pull the data using wireless smart phone apps, and it also logs data onto an SD card, for analysis using their free software. It's used all over the world to verify racing results. It costs less than $500 in round numbers.

Although it is designed for race cars, this or the many other systems available will all do a better job of speed logging than a used 10 year old Gamin. Come to think of it though, there is no reason why this can't be done with a new Garmin if you check. So make some calls on your cell phone to some GPS data logging companies, and I will search E bay for a "new to him" used Garmin GPS for Frank. 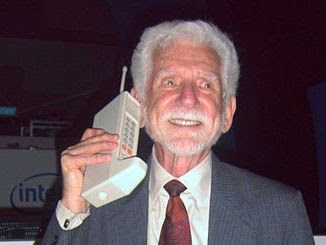 The photo above is of Martin Cooper the father of the modern cell phone holding the DynaTAC cell phone prototype circa 1973. the photo is from Wikipedia and was taken by Rico Shen.

The photo of the race boat is also from Wikipedia and provided by Rennbootarchiv Schulze. It is not in the SBIP "Extreme Class," but tells the story.

The "Garmin" rule is from the Super Boat International's 2013 Technical rules publication.
Posted by Bill Bishop - Parmain at 11:28 AM