Being a shewed observer of human behavior I have noted some traits that seem to be common to most used boat sales. The first is that when people tell you it's not about the money, it's always about the money. The second one is the seller is going to lose money. It's all about the old tired joke" What are mixed emotions?" It's watching your mother in law driving your new car off a cliff. 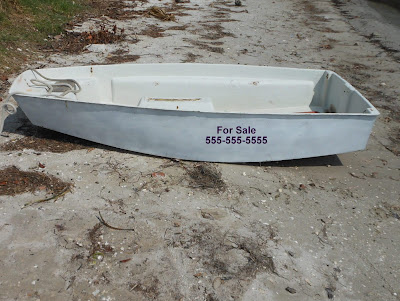 Let's take a look at the participants involved in a typical boat sale. First there are the brokers. They come in two flavors. The first is the broker who will list your boat for what you think it's worth, and the second one tells you what it's really worth. Both types of brokers immediately start to salivate anticipating that sweet commission check soon to come.

The former gets more listings, but eventually has to lower the price, much to the owners abject chagrin. This often results in loss of the listing in the process. The later broker initially gets less listings, but in the end sells more boats.

Now for the sellers. They will most likely lose money, and the really unlucky ones will have to write a check. Sellers often have a resigned look on their face, and seem to have constant stomach pain. They also know what issues their boat really has. Most won't lie about them if very specifically asked, but they aren't going to bend over backward to bring them to a sellers attention.

The buyers on they other hand are already dreaming of that exotic trip while sipping beverages in coconut shells festooned with paper umbrellas. They are often seen clutching dogged eared West Marine catalogs. But much to the sellers dismay, in the process of negotiating a contract, the buyers are going to mercilessly beat that dead horse named  "Selling Price" with a really big ugly stick.

Now for the marine surveyors. The prudent buyers are going to pay a professional to meticulously examine and probe every aspect of the vessel looking for anything that's less than perfect. Lack of perfection is not hard to find in a used boat. The results of the 25 page long survey are then cast into ingots, and used to add more heft to the big stick that is still continually whacking the dead price horse.

The seller's job is to now take the surveyor's long list of deficiencies and, and either reduce his price again to make some of them go away, or agree to rectify them as a condition of the sale. Finally a deal is struck, contracts are signed, a sea trial is scheduled. Time is now of the essence. The buyer wants the boat, the brokers want their commission checks, the seller just wants it to be over. 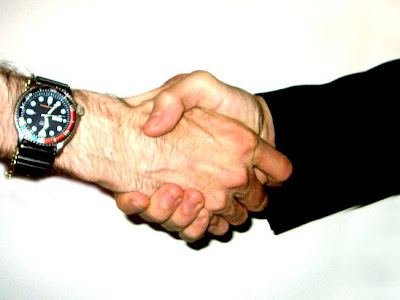 Now enters the Installer clutching the surveyors report. The sea trial is three days from now. You didn't even know the boat was for sale, and have never seen it. Often you're contacted by a broker, and you don't have a clue who the owner is. You just know you're to spend as little money as possible, and you've got three days.

It seems the radar is broken, and has been for several years. The old chart plotter is acting up. You grind through the list, and make everything okay, by hook, crook or baling wire if needed.

The seller has already been keel hauled, and the sea trial is the final plank to be walked. Brokers who now need cups to catch their ever increasing drool flow, a captain, and the buyer all go for the metaphorical three hour tour. Inevitably something else is found. I didn't feel that vibration before, is it normal? Is the radar making a funny noise? But on the whole it goes okay, and the brokers press for the deal to close.

The buyer gives the now very bloated dead price horse a final good kick. If you just do this, I will sign the contract contingent on you keeping your word. It's not that we don't trust you, just initial the addendum right here, and here, and here, and here. The deal is done. The installer is given one more job to do, and does it. The boat is immediately relocated to another state. The seller goes back to his home in the north nursing his ulcer. The brokers are now celebrating in the Bahamas.

Excuse me, here is my bill. Is anybody here? Where did this echo come from? Hello? Hello?

Since my milieu is generally marine electronics, I have some advice for sellers. Before you list the boat, give it a good look over yourself, or better yet hire a marine surveyor to do it for you. Knowing what's going to come up in advance is valuable.

The second piece of advice is buyers typically won't miss what isn't there. By this I mean if the radar hasn't worked for years, remove it. Have a dead marine electronics something or another in the dash, make it go away. If you don't, the buyer will want it to work, at your expense. Once the pictures are taken of the boat with the dead radar on the arch or hardtop, and spewed all over the internet, you're going to be stuck with making it work.

Next, cleanliness is critical, especially in places a good marine surveyor is going to look. I can always tell how well a boat has been maintained by the condition of the engine room, under helms, and all the hidden recesses. Filthy engines, gross shower sump boxes, oily bilges all say the owner isn't paying attention. And lastly get everything that's not going away with the boat, taken off the boat. It makes it easier for me to get to things, and there is no confusion about what comes with the boat.

Hello, is anyone here? Where did everyone go?
Posted by Bill Bishop - Parmain at 11:14 AM