Who would of thought just a few short years ago that your mobile phone could replace all of that expensive complicated, and bulky electronic equipment on your boat. It has a GPS, lots of marine charting apps are available, radar weather, and even a fish finder app. If you get into trouble you can also call for help, or can you?

Posted on the Flager Live website was the story I took this excerpt from.

"The drifting boat and passengers were located by Air One on the Intracoastal Waterway near the Whitney Lab in Marineland around 1:15 a.m. The Palm Coast boat owner, Danilo Gomez, 43, explained that he, three family members and the teenager were heading home from St. Augustine when they experienced engine problems. He said the cell phone they had did not work and he was unable to call for assistance." 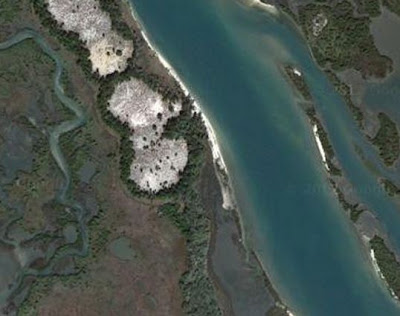 I don't know exactly why the cell phone on the boat didn't work. It might have been broken, had a dead battery, or maybe they were just too far from a cell tower. But I think we can comfortably infer they didn't have a VHF radio. Otherwise why would they have been way over due, and drifting around in the ICW in the middle of the night? 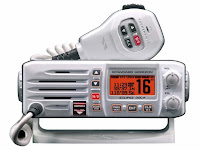 In the boating world, it's a big mistake to think your cell phone substitutes for a marine VHF radio. A really big mistake! I will grant you that access to cell service has dramatically improved through the years. And under perfect circumstance you can talk to a cell site up to fifty miles away. But here is the catch.

These boaters were lucky. They just spent most of the night drifting  around in the intercoastal waterway before they were found. But what if someone had been hurt, or the boat was sinking? 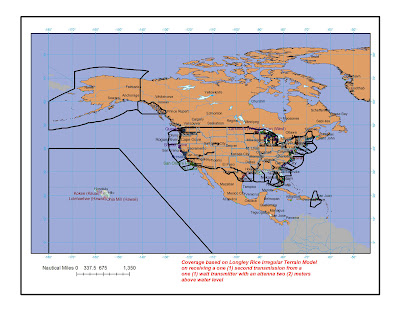 So let's contrast these two devices. The average cell phone is one watt. The VHF radio transmits at twenty five watts. Cell phones don't like rain, VHF's are fine with it. Emergency 911 operators don't often deal with marine emergencies, the USCG does.

Cellular companies aren't trying to provide boaters with off shore service. Coverage in many areas just makes it to the shoreline, if that far. The USCG does, and excels at it. On the map above (click to get the high rez version) you can see the off shore coverage is extensive. At the bottom of the map is a note that says coverage area is based on receiving a one second, one watt, transmission from an antenna 6 feet off the water. I'm impressed.

Now for the economics of owning a VHF radio versus a cell phone. The best price I found for a Apple iPhone 5 was $649. The Standard Horizon Eclipse shown above, with antenna, mount and connector is under $200. Monthly service plan for the iPhone starts at $45. There is no service plan for the VHF radio, 24/7 service is free. And if you order one now, we will throw in at no extra charge NOAA weather forecasts, and a DSC emergency contact feature that tells the USCG exactly where you are, who you are, and what kind of a boat you have. Operators are standing by, call now. Don't let Darwin prematurely cull you from the boating herd. There isn't a single good excuse I can think of not to have a VHF radio on board.

Don't forget to bring your smart phone with you also, you will need it to Bluetooth stream   tunes to your stereo, or play Angry Birds while waiting for help to arrive from your VHF Mayday call.

I borrowed the iPhone picture from the website GPS Nautical Charts. Their mapping apps cover much more geography than most.