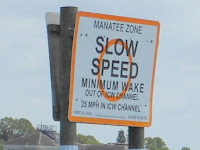 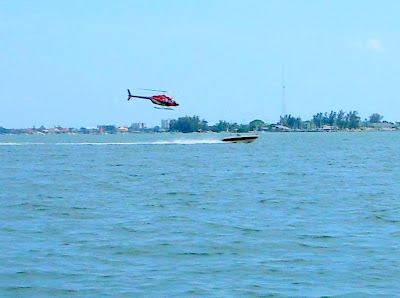 Brokers Bonanza
Local boat brokers are reporting record sales in the aftermath of tropical storm Debby. "With dozens of easy fixer uppers entering the market opportunities abound", said an enthusiastic local broker. "Look at this listing for a 24' day sailor, I sold it in two days for $2000. Drag it up onto shore, pump it out, buy a blue blazer, and you're ready to go boating. I have over a two dozen of these quality listings. Yachting has never been cheaper." 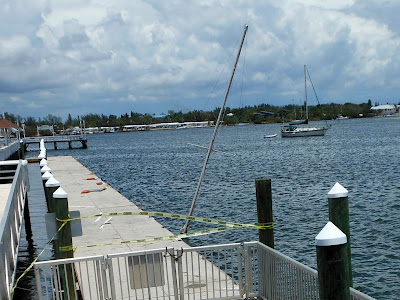 Flying high
Sarasota's own "High Flyers" paragliding team was caught on film attempting a world record first, a "parachute barrel roll". Team captain Doug Corrigan, lamented from his hospital bed "that it was immediately apparent they needed a lot more altitude to make the trick work, and they would try it again." His still unconscious partner Scott Acorne was mute on the subject.  The MIR staff will be on hand with a video camera to film the next attempt. 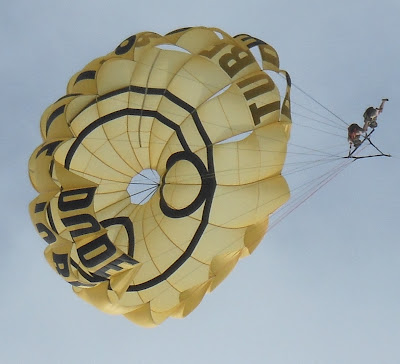 Tourist rental boat season is back!
Like lemmings migrating off a cliff, the boat rental season is in full swing, and all local boaters should be on the lookout. These colorful, and often slightly shabby vessels emblazoned with large phone numbers and logos are apt to accidentally end up on occasion in the intercoastal waterways. Boaters should give these craft a very wide clearance due to their unpredictable "crazy ant" like driving behavior. 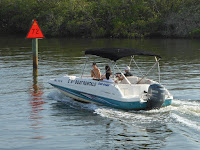 These boats are devoid of any navigation equipment, and are packed with sun burnt tourists. All boaters are reminded of the need to assist if they get in trouble. We suggest you give them  Seatow 's number. 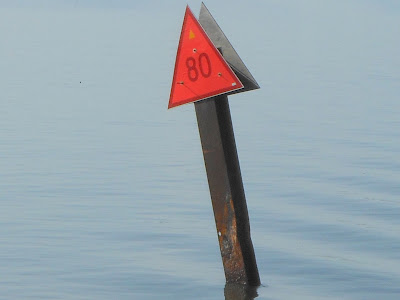 As this unfortunate boater found out, some of the ICW markers are actually made out of steel I beams instead of those easily broken off wooden posts. 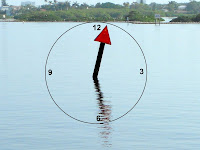 So it's always time to set down that Tervis Tumber full of Captain Morgan on occasion, and take a look around. And if you turn the tunes down a bit, you can probably hear the frantic screaming  also.