Entropy working towards disorder on your boat 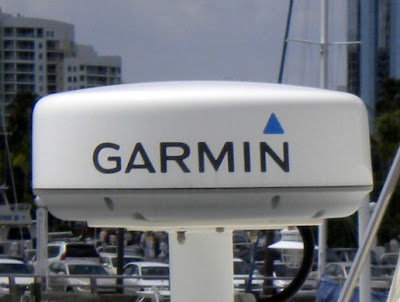 The condensed moisture interacts with the components inside. Oxygen atoms present in the water start to dance with iron atoms to make iron oxide. Some of the sea salts present in the moisture combine with alloys, and interesting new compounds are made. Corrosion has now started. Entropy is always moving your boats systems towards disorder hastened by having it sitting in a salty chemical soup. 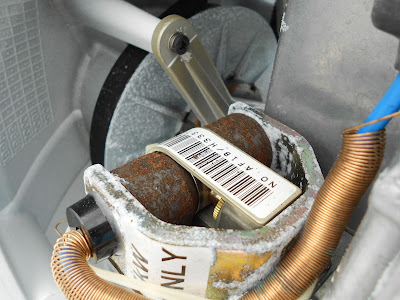 Okay, that's enough of that high falootin' Stephen Hawking's arrow of time falderal. Use it, or lose, it is what I say.

It's a not uncommon call. Your radar is broken? Okay, when was the last time you used it? That long ago? Was gas selling for fifty cents a gallon then? Let me climb up and take a look.

I grab a screw driver and the small socket set and climb on up. If it's an open array, I try to rotate it. If it moves easily, I open it up. If it won't turn, I still open it up, but I already know whats happened. Mr. Corrosion has moved in, and now it's just a case of how badly the parts have been spot welded together. If the technology gods aren't badly offended, a little machine oil, and some effort will get it unfrozen. But all to often, I look at the machine's vintage, and if parts are no longer available, and the damage is considerable, I call the time of death, and go down to console the owner. 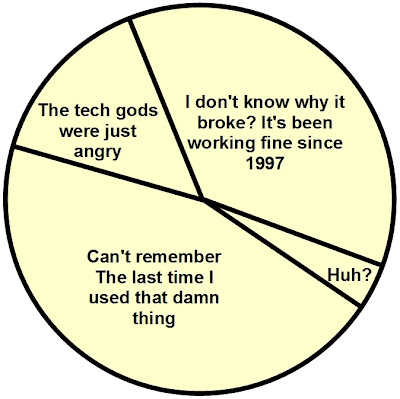 As you can see from the scientifically generated pie chart, things break on a boat because:

They aren't used enough and corrosion takes its toll.

They have been around since the big bang, and have just passed away.

You pissed off the technology gods, and they smote you as vengeance for some act like not buying the new Ipad soon enough.

Entropy's steady move towards disorder is most successful when systems are complex, like radars. Many mechanical parts, and high end electronics yield many possible points of failure. Notwithstanding USCG rules 5, and 7, the worst thing you can do to your radar is not using it. When it's spun up, and nuking the local environs, the motor is running, bearings rotate, belts whirl, and best of all the heat generated drives out the ambient moisture that is present. 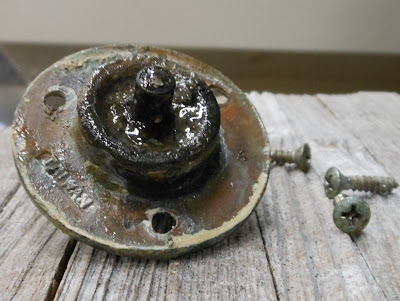 There are some other systems on my hit list of least used gear. Anchor winches on boats that only stay in marinas, black water macerator, and saltwater wash down pumps, generators, and little used guest heads.

You can't stop entropy's movement toward disorder, but to the benefit of your wallet, you can sure slow it down. It takes just five or ten minutes each time you use your boat. Just take the time to run everything, if just even for a moment or two. Flush heads, drop the anchor down a bit, and raise it back. Toggle your macerator for a second or so (you don't have to open the valve) to spin the blades, and so on. If you find things that are broken, you can then add some order to the boat by fixing them. Use it or lose it, and you should run your radar anyway. It's maybe time to review its manual.

If you would like to learn a bit more about entropy, here is a clever little video that won't hurt your head much at all.