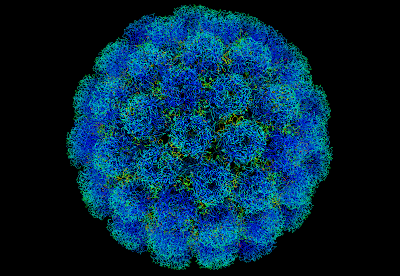 The nuts are sold to a company that makes marine electrical components. Two of the thousands of alien infested nuts end up in a high amperage fuse holder, which is then sold to a boat builder who uses it inline on an inverter power feed with a 300 amp fuse.

The boat is delivered to its new owner who is unaware of the alien presence now lurking in his boat. The aliens now know their time has come. Working with inexorable patience, they ever so slowly start to back wind off of the posts. With every millimeter of movement they gleefully note the increase of electrical resistance the loosening nuts make in the connections. They are so close now, and can feel the heat the ever increasing resistance creates with every use by the owner. They sense their devious plan is nearing completion, and the resistance is now so high, the heat is quickly melting the plastic. The anticipated demise of the bipeds on board is at hand. With a small final loosening movement, the plastic starts to smoke, and ignition is at hand. The owner then notices the smoke coming from under a seat, opens the compartment, spots the melting fuse holder, and turns off the battery switch breaking the connection. The aliens fume at being thwarted, but time is always on their side. 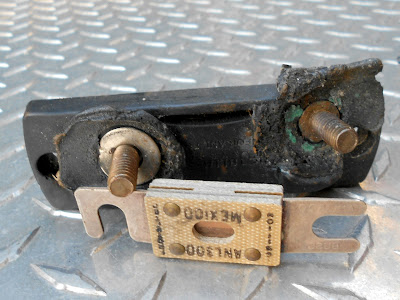 The Installer looks at the melted fuse holder and notes the fuse hasn't blown, and then shakes the cables, and they are loose. He takes one of the nuts, and finds he can turn it by hand, as well as the other one. "What's up with this, someone at the factory must have forgotten to tighten them up, the owner is lucky a fire didn't start.", the Installer ruefully thinks to himself. He puts in a new fuse holder, and fuse, and makes sure the connections are extra tight. He looks at the old fuse holder nuts, and muses to himself, "These nuts are perfectly okay", and tosses them in his bag to use elsewhere. The alien presences bide their time, they know another opportunity is now coming.

Nothing like disclosures to ruin a a good story, I was happy with it as it was. One pragmatic aspect of Ohm's law, obliquely stated, is as the contact area of an electrical connection decreases, the resistance increases. Increased resistance causes heat, and if the resistance is high enough, things can get really hot, or as I like to call it "The electric toaster theory of operation". So in the end, make sure your electrical connections are very tight, and secure.

All right all ready, that isn't really a photo of an alien spore, but a photo of a Symian virus, and is believed to be the cause of AIDS. I found it on Wikipedia and it was uploaded by user Phoebus87. It looks cool, and alien doesn't it?
Posted by Bill Bishop - Parmain at 7:43 PM