The blog has turned two, which in boat years is about 99. The year started out with a bang, and a lesson. The first story of the second year was 120 Seconds, and it got a lot of attention on the forums. The lesson learned is that attempting to defend yourself in the wild west of Internet forum land is often like pouring gasoline on a fire. I now rarely comment, and my skin is much thicker. 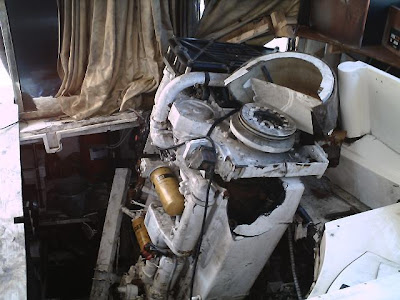 This year also saw the creation of two Xtranormal cartoons, and a short video. The little video "Cheesy Boat" caused a small scuffle with YouTube because of the use of Beethoven's 5th as background music, and I had to prove it was both copyright, and royalty free. YouTube also has a disclaimer attached to "This Is All Your Fault" claiming it is potentially offensive material.

I say they are bathing suits, and it's a cartoon for gosh sake. I think some busybody just had a bee up their bonnet, and do you see some of the crap that gets put up on their site? I liked the cartoon Obsolescence also, but I suspect that it was a little to technologically obscure for many peoples taste. 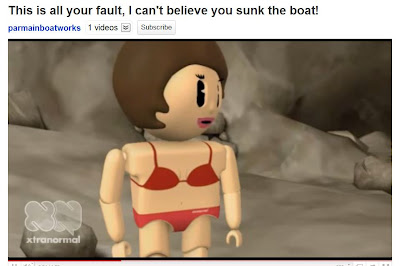 Ben Ellison of Panbo fame graciously wrote a nice piece about MIR last April titled "The Marine Installers Rant, What's Your Favorite?", and he, and his readers offered some needed constructive criticism which I took to heart. I did some big modifications to the site including adding a search engine, "Read More", Popular Posts, and "Marine Installers Rant Views" at the very top of the site under the tittle photo. The "Views" allows you to peruse the site's contents in a variety of ways, and formats that makes access to the archives easier, try the time slide. I am also being much more diligent about spelling, and grammar issues. I do most of the writing between 5:00am and 8:00am in the morning. It's quiet, the greyhound girls are still sleeping, the phone doesn't ring, and in lots of strong coffee I trust. I am a little more wry at 5:00am. After 8:00am, the phone starts to scream, the greyhounds are hungry, and it's another day at the factory. 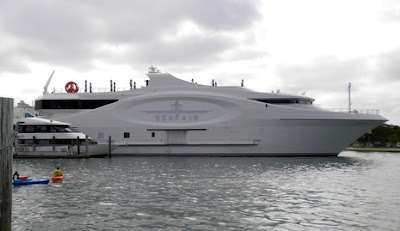 Now for the stats. The goal is to do two pieces a week, and in reality I achieved 1.75 post per week. What happens is occasionally what appears to be a simple story, can quickly become complicated. This occurred with the "Kerala Houseboat" story. My friend Nancy sent me some pictures she took on a Kerala house boat trip, and it spiraled into a story that required some assistance from a noted maritime archaeologist, who was then looking over my shoulder helping with technical minutia, and before I can turn around, three weeks go by. It was worth the effort, and with the help of Dr. Jesse Ransley I now know exactly how a Kettuvallam is built, and the context it exists in. Thanks Jesse. I am working a piece about circus magnate John Ringling's yachts, he was not a lucky yacht owner, and boy is this going to take some time.


This year I also did a wee bit of freelance writing that included the section on buying used marine electronics for Practical Sailor, and I did an install of seven GPS/Sounder systems for their testing program in one day. This will be coming up shortly, and the install is very photogenic. Thanks Tim and Darrell. I will be doing some additional writing for them, it just requires finding a subject that the editor likes, and I like. My last pass was titled Primordial Soup, and it didn't work for them, and I passed on one of their suggestions. I am doing Primordial Soup myself, amoebas and all. How dangerous is your water system if you take a close look, in living slimy color, and when was the last time you enjoyed drinking from your boat's water tank? I shudder.

The highlight of the blog year was being asked to be a judge for the NMEA technology award. I worked hard at it, did my homework, and had a terrific, and enlightening time. Being a BWI member has benefits. 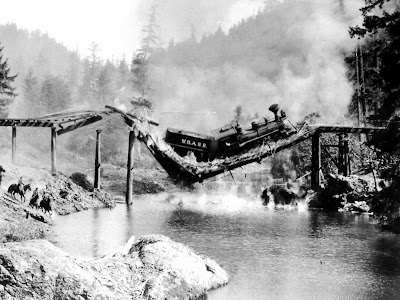 So many thanks to all those who read, and to Kate, Ben Ellison, and Dick Reston for your support and encouragement, and lastly George Flavell for helping me find those pesky tipos. Your efforts stops this humble effort from turning into a train wreck, albeit it an interesting one. I shall persevere, it's huge fun to write.
The photo above is a still from Buster Keaton's movie, The General. The photographer is unknown.
Posted by Bill Bishop - Parmain at 11:42 AM