The three hour tour and the forces of nature

F5 tornado's, tsunami's, and earthquakes, just for starters are words I would uses to describe Dani, along with her friends Katelyn, Carla, Staci, and Ann. Dani is a bartender at my local watering hole Gecko's. She is a Ringling School of Art graduate, and a true force of nature to say the least. As a developing side job, she has started "Brutus Bites", and manufactures tasty (our two greyhounds love them) natural dog treats.


To promote "Brutus Bites" at my suggestion she has a newly created blog titled The adventures of Brutus. As her blog will tell you, she is a self proclaimed "Thirty-some single white female seeking refuge from an alpha male English bulldog". Dani has a very funny stream of consciousness style of writing, and doesn't pay much attention to formal grammar, but it is fun to read, and the arty part of the site is clever. By the way I have met Brutus many times, and he is a lovely dog, but every encounter is a Turner and Hooch moment resulting in substantial quantities of drool, and a visit to the washing machine. 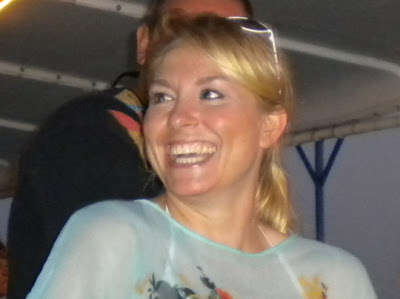 When you're around these women, things just happen, and at times I think spontaneous combustion is entirely possible. Dani presides over happy hour "Arts & Crafts Mondays". This means when you sit down to order an adult beverage, you will do an art project, and there will be a guest judge to review your work. You don't have to do a project, but her look is indicting, and I instantly know what the right answer is, and reach for the glue, and the bowls of macaroni. Sadly my piece de resistance illustrating a sail boat being sunk by a Kraken was lucky to have even made the bulletin board. 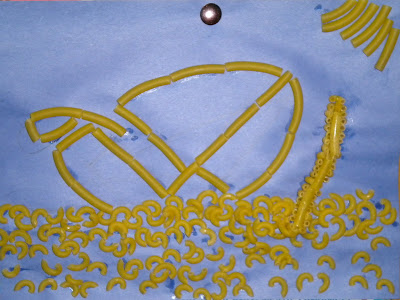 A couple of weeks back, I am asked, with that Dani indicting look whether Kate and I are going with the group on the LeBarge Sunset cruise. "You are going, aren't you?"  Sigh, the right answer is always yes, and with this group, it will be interesting to say the least, and I know Carla is scheming in the background. They may also need somebody around who can arrange for the bail money, or at least explain to the gendarmerie why the one of mermaids brassieres is now being worn by the Furuno radar. So better than a dozen of us converge on Lebarge, for the metaphorical "Three hour sunset tour". 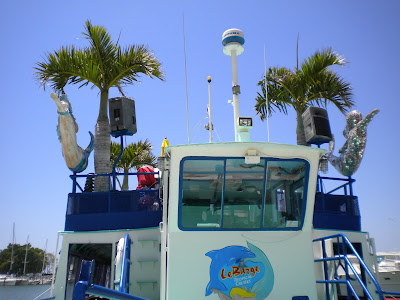 Lebarge is a local institution, and can be defined loosely as a two story floating bar complete with four large real palm trees, mermaids, and to some degree it reminds me of one of those over decorated Pakistani buses. My feelings about the decorative aspects of the vessel aside, it thought it would be interesting to show some of the more interesting aspects of Sarasota's waterfront.
To start with, looking down, I think I spotted one of Practical Sailor's ongoing long term inflatable dingy tests. This dingy must be well into year two of the testing program judging by the patina. 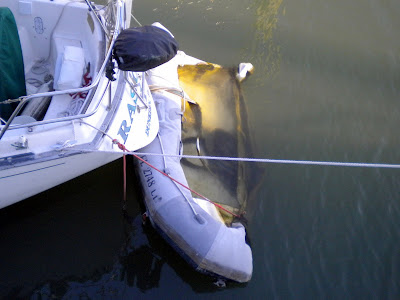 Not far away is a brokerage vessel that has apparently been for sale for quite a while now. I think it's time to call in a marine agronomist specialist. 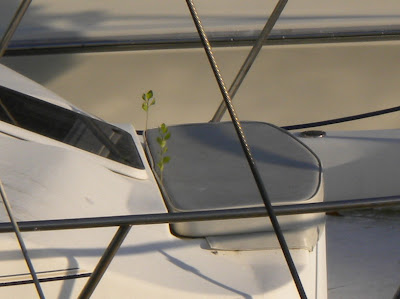 In an effort to save money, derelict sail boats are now being sunk in Sarasota Bay to use as "Day Markers" with nautical character. The story told to me by a local resident is the vessel was very slowly sinking, and the local constabulary came out with two of their boats to tow it into shallower waters. In the effort, they snapped off the keel, promptly completing the sinking on the spot. Don't worry, it's safe for boaters now, you can see the small danger buoy right next to the thirty feet of mast sticking out of the water. 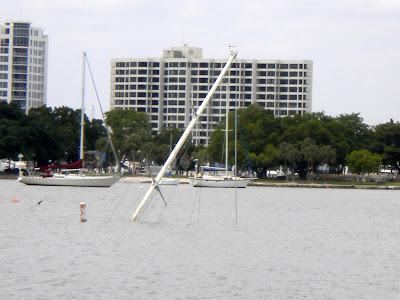 I'm not sure, but this is either trustees from the local womens prison, or the cast from Big Love going out to watch sunset. 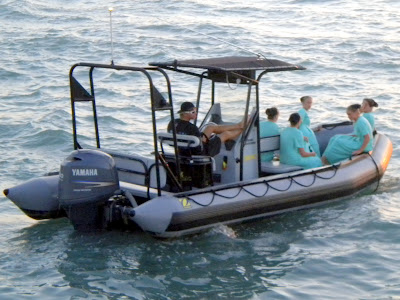 This is a typical Sarasota sunset. These things are a dime a dozen, and the local chamber of commerce rents advertising space on the sun to local businesses. 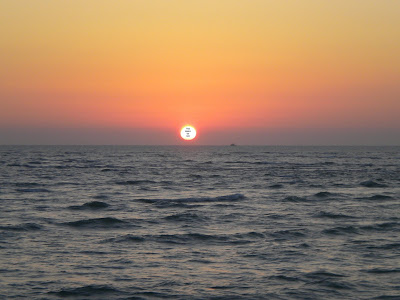 With the sun gone, adult beverages are consumed, the live music cranks up, and the forces of nature wind up. Tourists expecting a string quartet playing Mozart flee to the back of the vessel, and the rest are entertained by the antics. 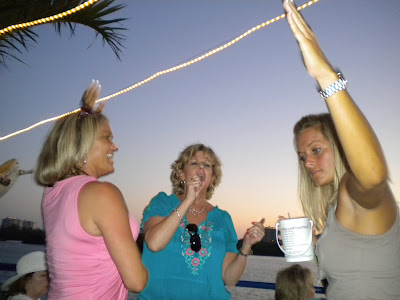 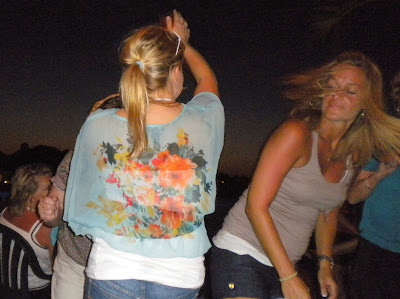 Thanks to all of you ladies, Kate and I had fun, and nobody needed the bail money. We leave, the greyhound sisters will be hungry, and the rest of the crowd continues on until much later in night. I will have to Google making balloon animals, and hats for "Arts & Crafts Monday" tomorrow. I know one of them will have a tank of helium, just for starters. 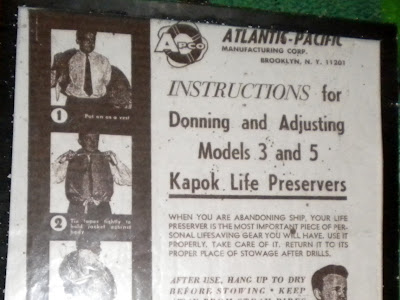 Can I use this life preserver if I'm not wearing a tie? 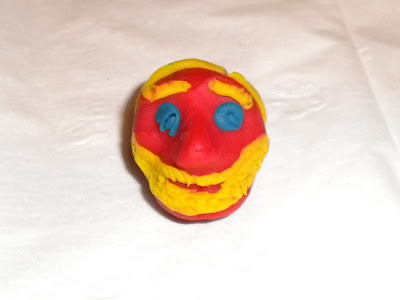 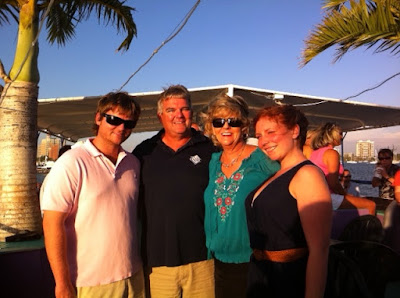 With many thanks to Carla, primary expedition instigator, and her husband Dan, son Ryan and his girlfriend Katie, what fun!. Fin
Posted by Bill Bishop - Parmain at 11:21 AM