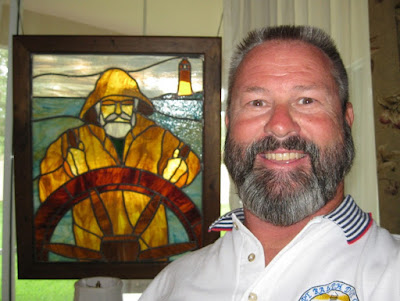 The first log details a trip from St Petersburg FL to Muskogee Oklahoma via the Mississippi in a 65' power yacht. At a minimum this should dissuade anyone who has contemplated a nostalgic pleasure boat trip up the Mississippi river that it's not a good idea.

The second one coming up is a trip to Cuba which will be of interest if you're planning to travel there. Other trips will follow. These are Ralph's words and photos. I have redacted some names and phone numbers from the logs and I added a little punctuation for clarity in a few places. Other than that I have left it alone. You will find the link to these expeditions in the sidebar to the right below Panbo titled Captain Ralph's logs and adventures. These are good reads, and in some cases cautionary tales.
Posted by Bill Bishop - Parmain at 10:53 AM