Is boat lightning protection even possible?

Lightning is one badass force of nature. It's seemingly indiscriminate and random, but not quite as much you might think. It favors pointy things, but sometimes ignores them and a less than pointy object nearby it is blown to smithereens. A VHF radio in the dash can be melted from a strike and the chartplotter next to it is fine. Lightning hits the boat next to you in the marina and is barely damaged, while your boat in the next slip has $60,000 dollars worth of destroyed electrical gear and melted wiring. Mother nature can be a bitch and isn't always fair. So what's going on here anyway?

We'll quickly go through the process. Above you is a super slow-mo NOAA GIF of a lightning strike. The time shown is way less than one half of a second. The first thing you see are two stepped leaders (negatively charged) coming down from the cloud. You can't see these with the naked eye. What you don't see in the GIF is the positively charged streamer starting to rise from the ground to meet it. A connection is made, current flows on a grand scale, you see the flash, hear the ensuing bang, and if you weren't the target you live to see another day. If you were the target there is a 80% chance you will survive the event, and you will get a cool nickname like Bolt, or Reddy Kilowatt.

You can also see the the stepped leader that got near the ground first was the big winner. This was in part due to that fact the winning leader got to higher ground first, while the second leader had further to travel to get to the lower ground and lost the race.

Now for the ground streamer thing. For reasons that are a mystery to me, a thunderstorm with a negative charge near its base creates and attracts a positively charged area under it at ground level. This area is actually dragged along by the thunderstorm as it moves. The last part of the equation is Mother Nature likes balance, and the atmosphere is a lousy conductor. This results in a huge charge build up before a connection can finally be made with the ground to dissipate the charge with a notable kaboom. 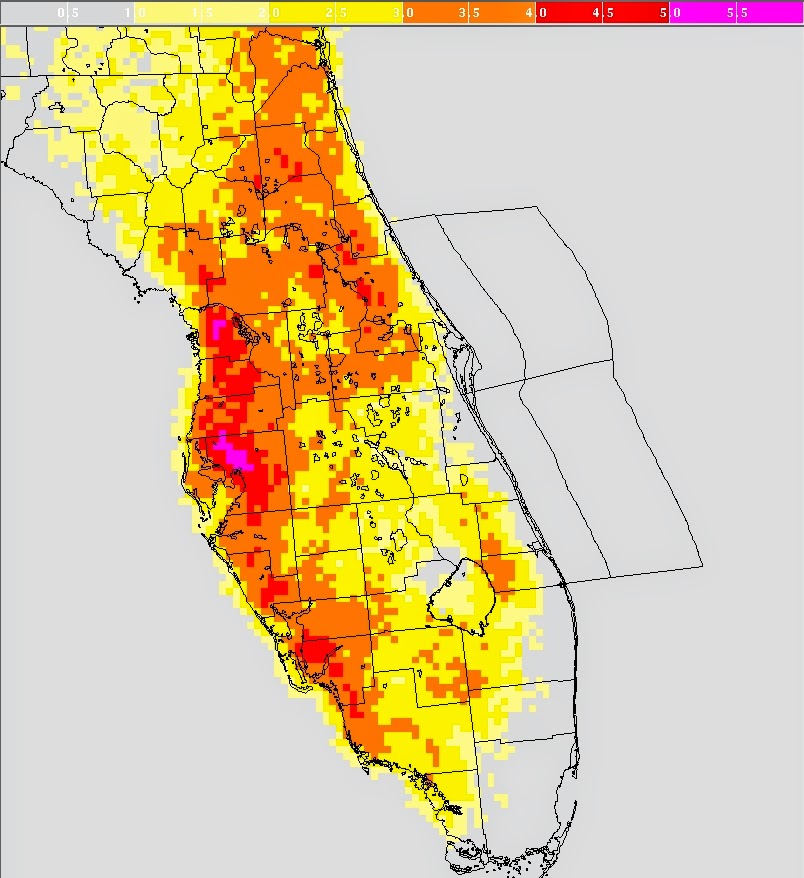 Some locations have more lightning than others, but unless you live at the poles you have some statistical chance of having your boat smited. This is on average about 1 in 1000. Sailboats have a higher risk because of their high masts and get hammered more often than power boats.


In my case I live on the west coast of Florida. This is a location with a much higher than average lightning risk. According to Boat US about a third of all lightning related claims are from boats in located in Florida alone. I can believe this.

In our discussion think sailboat mast or VHF antenna. Lighting however is capricious, so a tree, or the seawater's surface will do in a pinch. It's like having a too full bladder. Eventually any location to empty it will suffice if under enough duress. In the case of a charge build up in a thunderstorm any location will do also even if nothing else around is attractive and its gotta go badly enough. 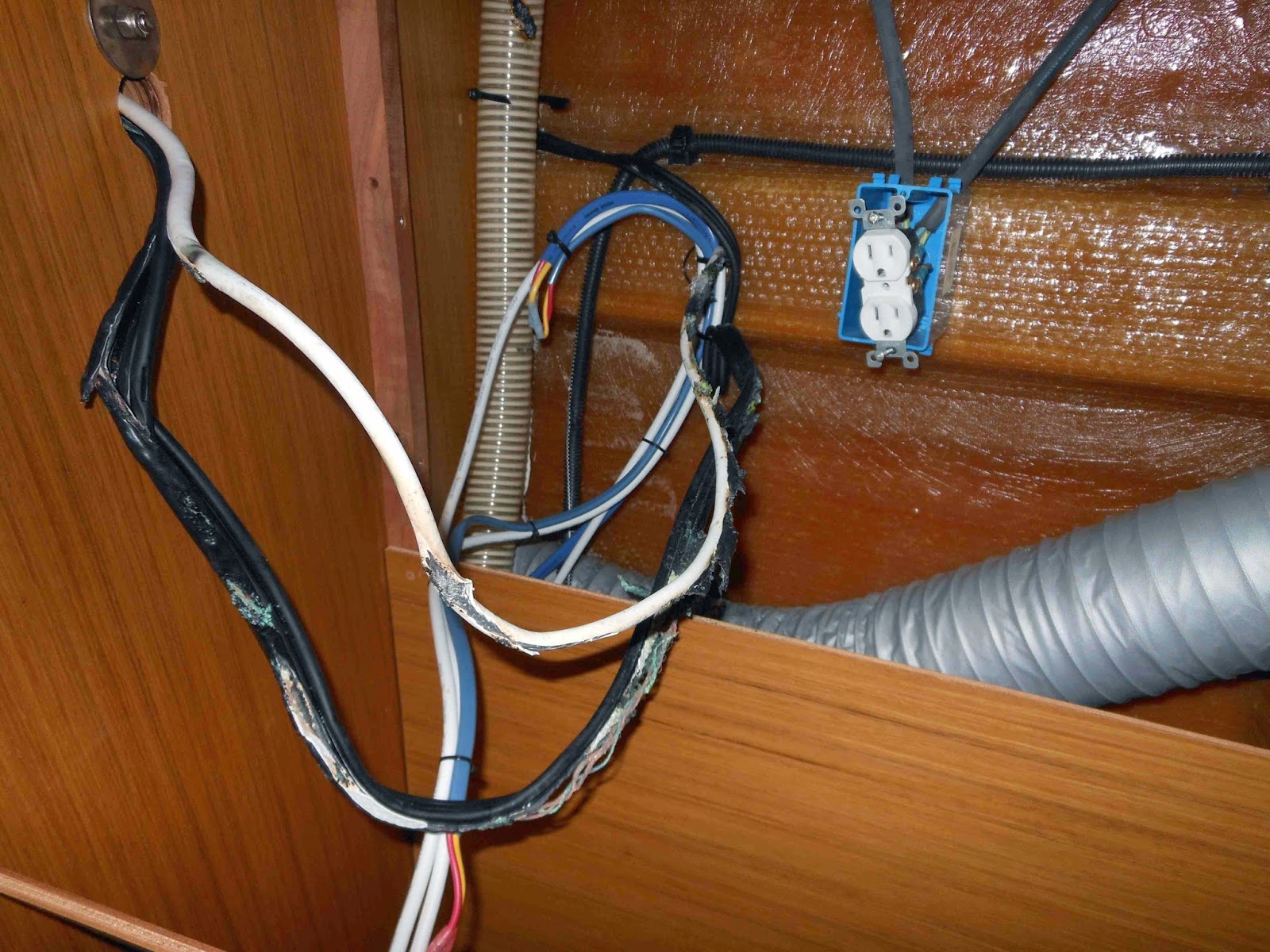 Like the question in the title, can you stop your boat from being hit by lightning? The answer is flat out no. Can you do things to mitigate damages or danger to personnel on boat? The answer is yes, ahem most times, maybe. My argument is in almost all cases doing something is better than doing nothing.

I'm jumping first to the bottle brushesque static charge dissipaters. I don't think they work, at least well enough. I've seen a couple of them slagged down by direct hits. My sense is they do work somewhat, but not anywhere well enough to dissipate a serious positive charge build up. Does it hurt to install one on your boat? I don't think so, and if it makes you feel better have at it.

Is having zero lightning protection at all a good idea? The answer to this question is a resounding no! Having an ABYC specified lightning protection design built into your boat does two things. It will provide some protection to the boat and its gear, and most of all it creates an attractive electrical path to ground. Ground in this context means the seawater.

If you don't provide an attractive ground path for lightning the people on board the boat can be temporarily a more attractive path than air. Remember in the beginning of the story where I said, "The atmosphere is a lousy electrical conductor?" A big skin covered bag full of saltish water describing you, is a much better and more convenient conductor than air. 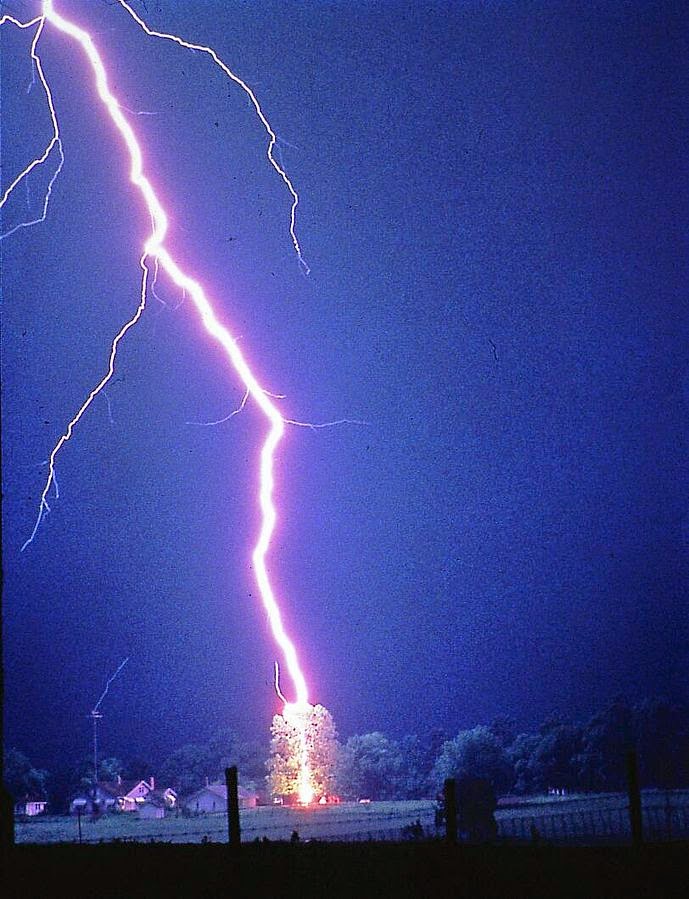 There are several ways your boat can interact with lightning. First is encountering the big one. A direct strike with a zillion volts, temperatures as hot as the sun, and lots of electromagnetic pulse microprocessor destroying fields. It's Armageddon. The Four Horsemen of the Apocalypse appear overhead, or at least that's the way it would to appear to a nearby observer.

There is a variation on this theme. You get a direct hit, but it's a branch off of the main strike. The main strike blew the air conditioners on the clubhouse roof to kingdom come, but a smaller branch hits your boat. Bad yes, but not as bad. It doesn't make you feel any better, but typically there is less damage.

What happens to the boat depends on where the strike entered the boat, its intensity, and the path it travels to ground. For example if it hits a sailboat mast, and there is a substantial connection to a ground point such as the keel damage could actually be minor, relatively speaking. If lightning doesn't have a great connection it will just jump to the next best one for it, and not for you.

What happens is lightning currents to some degree, more or less will end up on your electrical bonding system, which is also connected to your DC and AC ground system. This allows currents to possibly flow into every electrical nook and cranny on the boat.

The other common way boats get zapped by lightning is by currents entering via the shore power ground system. A bolt strikes a light pole in the marina, and currents jump onto the AC ground system. It can flow into your power pedestal, through the shore power cord, enter your boat and can create just as much havoc as a direct hit.

Lastly is the EMP (ElectroMagnetic Pulse) issue. Lighting radiates this type of energy. If equipment is close EMP fields can destroy it directly, but more commonly it induces high currents in wiring which destroys sensitive components such as microprocessors which are in most of our modern electronics.

What have we learned so far? Mother Nature is mercurial and very powerful. Nothing will prevent a lightning strike that has been definitevly proven to work, and some lightning protection is better than none.

Most boats owners are fortunately not on their boat when lightning struck it. They notice it in an incremental fashion. Hmmm the microwave is turned off, how did that happen?Funny the breaker is on but the display isn't lit up. The stereo and TV won't turn on either. The freezer is warm. What the heck is going on here? This continues until the epiphany occurs. Could my boat have been hit by lightning? At this point everything close at hand is turned on or at least tried to be turned on. What do you do now?

Step one. Check the bilge for any leaks. Step two. Turn off all battery switches, and unplug the shore power cord. This insure that potential short circuits can't heat up and start a fire. Step three. Call your insurance company. Step four. Contact a locale marine electrical tech and do a preliminary damage assessment. Inspect electrical panels, itemize what does, and does not work. Make safe any apparent shorted and or melted wiring. Photograph all damage when found. Provide this information to your insurance company.

What typically happens next is if the damage is major, the insurance company will want to have the boat hauled and inspected for any damage caused by lightning exiting the hull especially below the waterline. There can be damaged through hull fittings, and fiberglass. If the damage is minor a haul out may not be needed, and repairs can be done by a local tech. In either case an experienced claims agent will visit your boat. Don't throw away any damaged equipment unless the insurance carrier says it's okay to do so.

Repairing lightning damage can be simple or very complex. A bad strike may have damaged wiring in hard to access locations, and it's often impossible to see well into some areas inside the boat. In many cases there can be latent damage that doesn't initially get found. I have found the insurance companies I have dealt with have been really good about covering costs for damage found later, and this happens often.

If at all possible seek shelter early, not later. By this I mean dock the boat and leave it. If you can't do this, then the next option is to anchor, and seek shelter inside the boat staying as far away from electrical panels and metallic objects as you can. While anchored hiding in the vee berth just behind the anchor locker filled with chain is not a good idea methinks. If you can't anchor, drop the sails and or turn off the engines and just go below if you can. The odds are in your favor. Don't hang onto the helm and shake your raised fist at the storm as you surge towards it. Darwin is Mother Nature's second cousin twice removed.

If you feel your hair rising up on your head and arms, hear crackling sounds, or get static shocks on the boat anywhere near the vicinity of a thunderstorm immediately seek shelter inside the boat. If you can't do that head away from the storm as quickly as possible. These are possible symptoms of an impending strike.  Don't be a statistic!

In the end your best protection from lightning is a combination of having good insurance from a reputable company such as BoatUS, using common sense, and making sure you have an ABYC compliant electrical system.
Posted by Bill Bishop - Parmain at 12:38 PM