The definitive guide to Sarasota Polo

For starters, get that image of Julia Roberts at the polo match out of your head right now. Polo is not as hoity toity as you would think, although there is a definite caste system in play. The other thing about polo is the field is big. I mean really big. Enormous enough to fit 9 NFL football fields into it. Beyond the field you could easily put another twenty football fields or more. 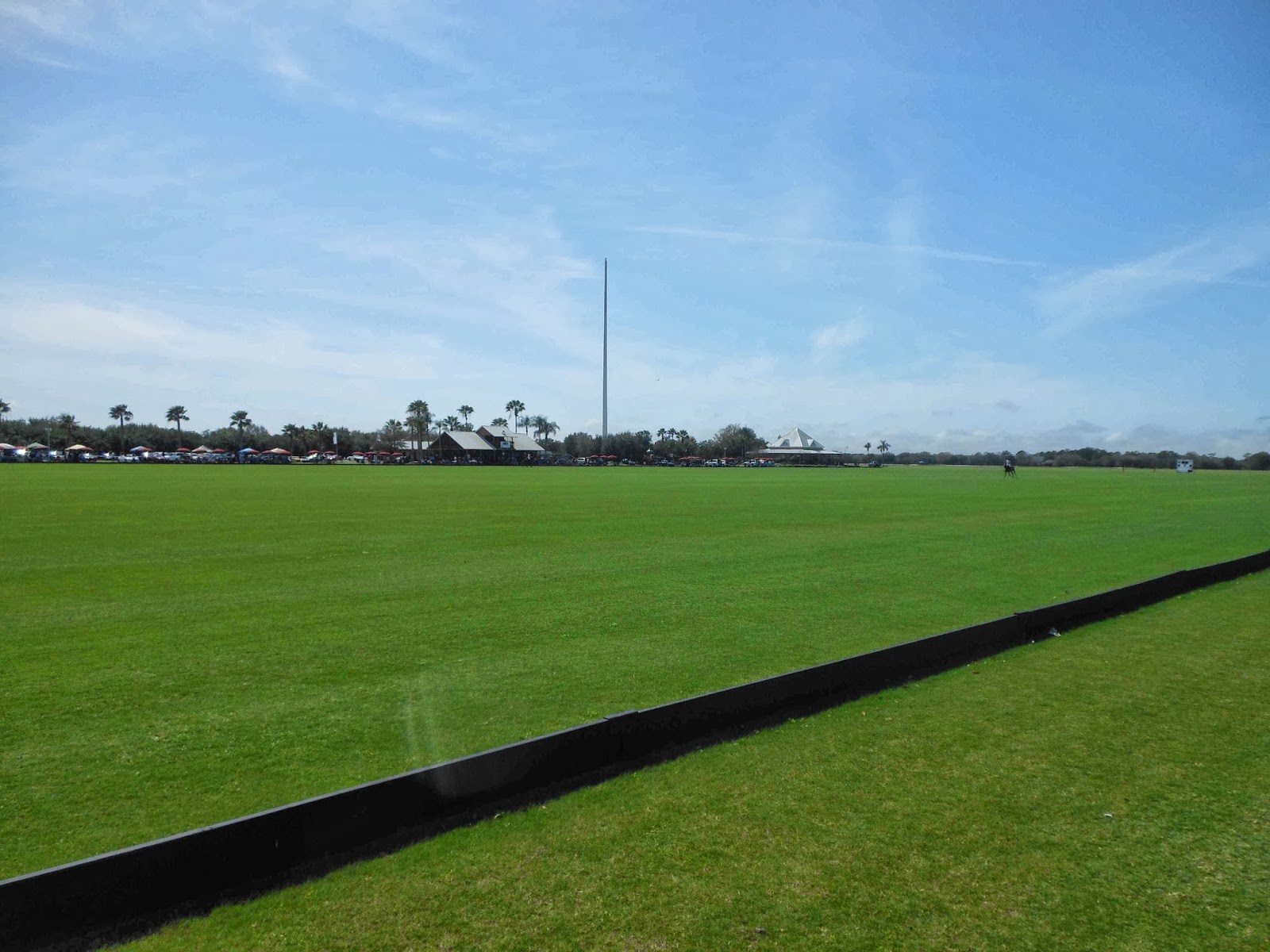 There are two ways for the masses to attend a polo match and there are two very different sides of the field. One is the fancy pants side, and it's not a bad gig, sort of. 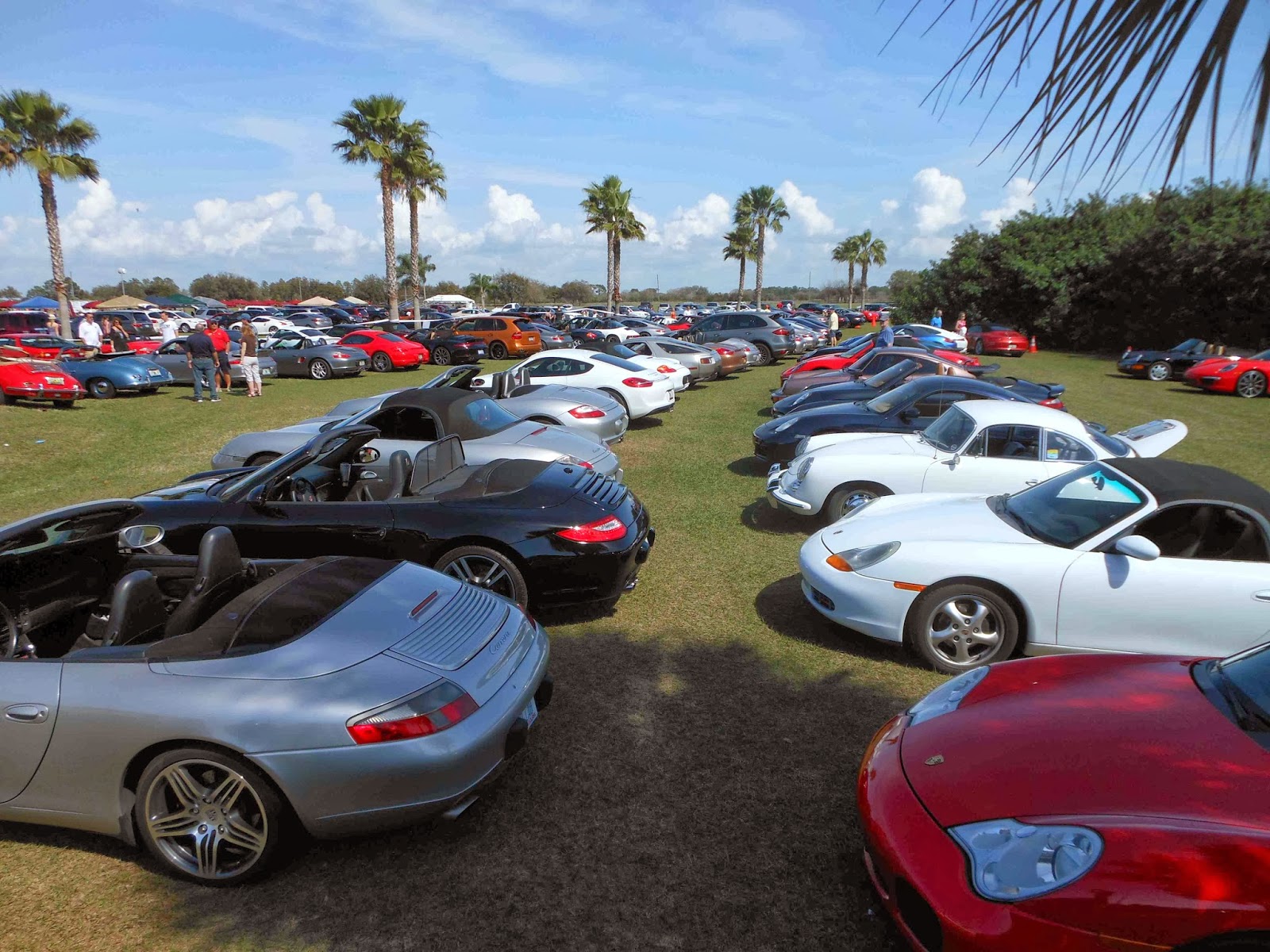 For a mere $1300 you can have a reserved parking spot on the club house side with a large maroon bumbershoot. This means you have easy access to the clubhouse, the pavilion, and air conditioned rest rooms with get this, flushing toilets. Although you only get one car space in width there is plenty of room for your friend's Porsche's behind you.

I suspect they are a little picky about what cars they will allow in on this side, and I don't think my pickup truck would make the cut. 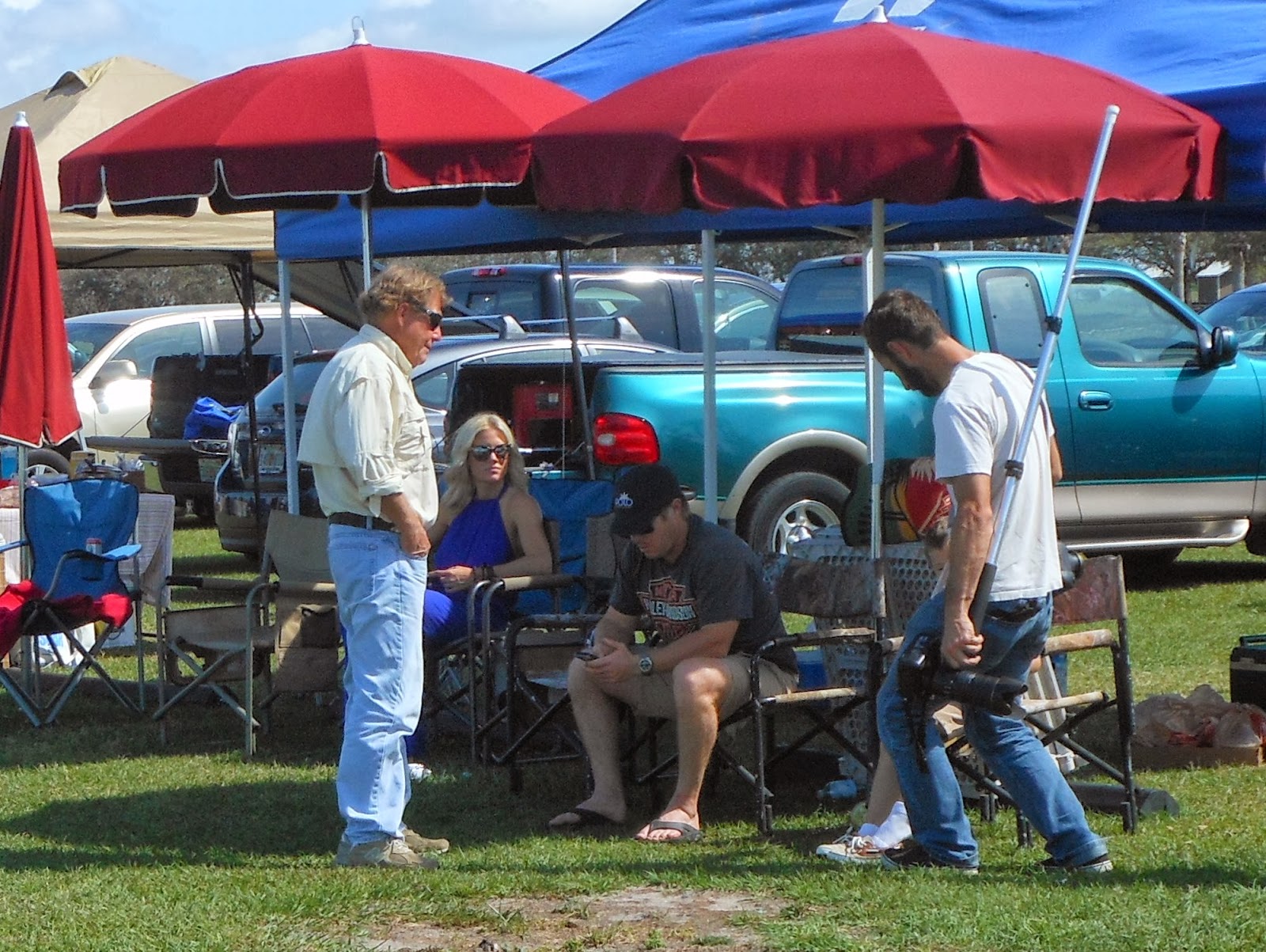 It just seems to me, and it's only a casual observation since I have never watched a match from the clubhouse side, that many people there really don't seem to be experiencing the exuberance, and joy de vivre while attending the event.

Enough of the Pasha side of the field, let's take a look at the other side where most people get to see the game. Despite the fact the non-flushing restrooms consist of gray boxes that are only vaguely reminiscent of Dr. Who's Tardis  you get more room and flexibility in your set up.

So tip one about attending a polo match in Sarasota is to get your butts there early and stake out your turf. I'm part of a large group seven cars wide with several more behind.

Early is defined as 10:00 am when the gate opens. When you set up be aware you can't pass across the white line while a match is in play. So don't back your vehicle right up to the line if you want anyplace to sit. 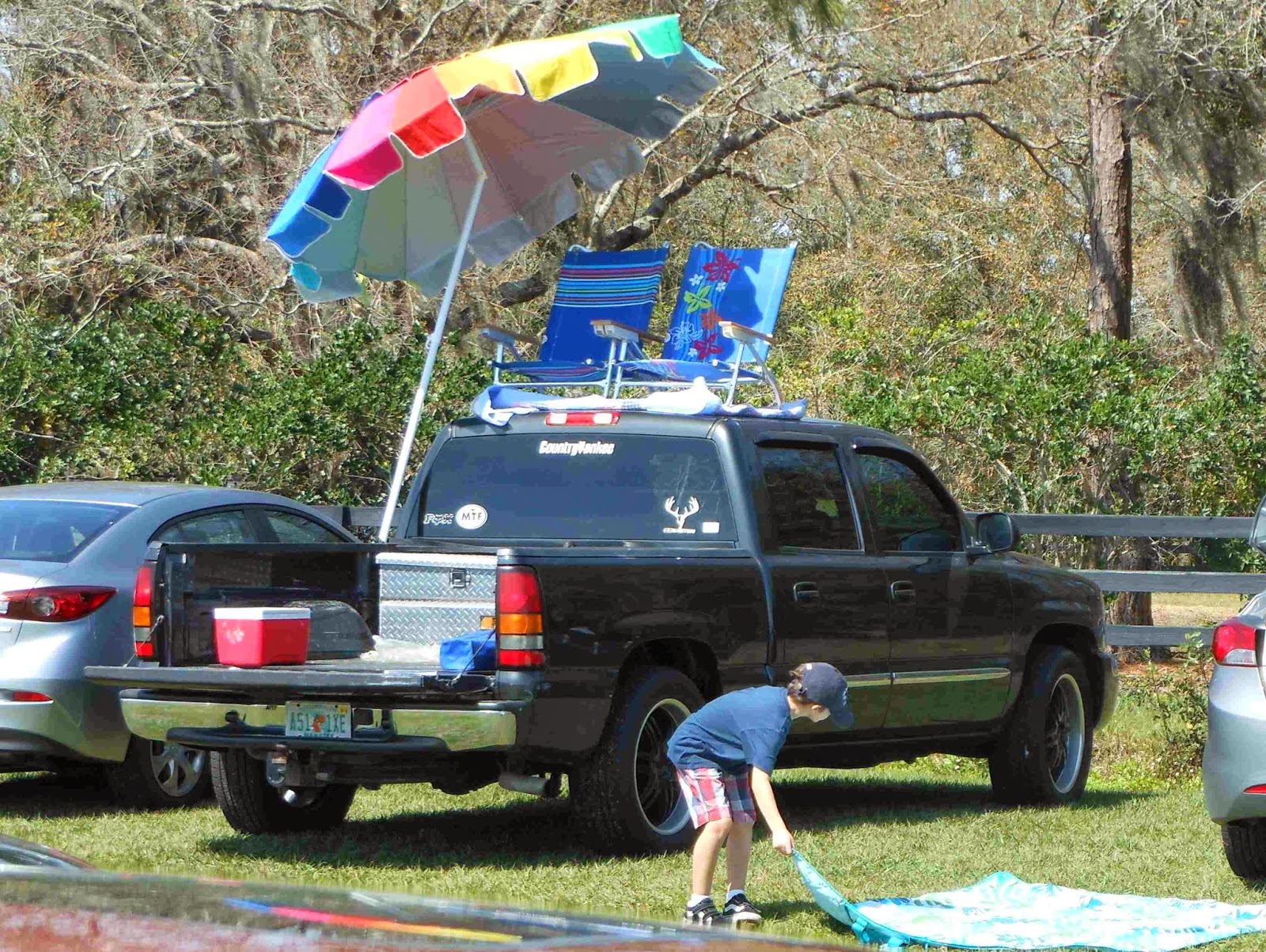 The match actually starts at 1:00 but by 11:00 all of the good tailgate places are all long gone. Being late may require some ingenuity to watch the match, but in most cases you will end up sitting on a blanket well past the end of the field.

This makes the other goal post three football fields away leaving you squinting. There are also bleachers about midfield, but if you want to sit there, bring a cushion. So what do you do to while away the three hours till the match? 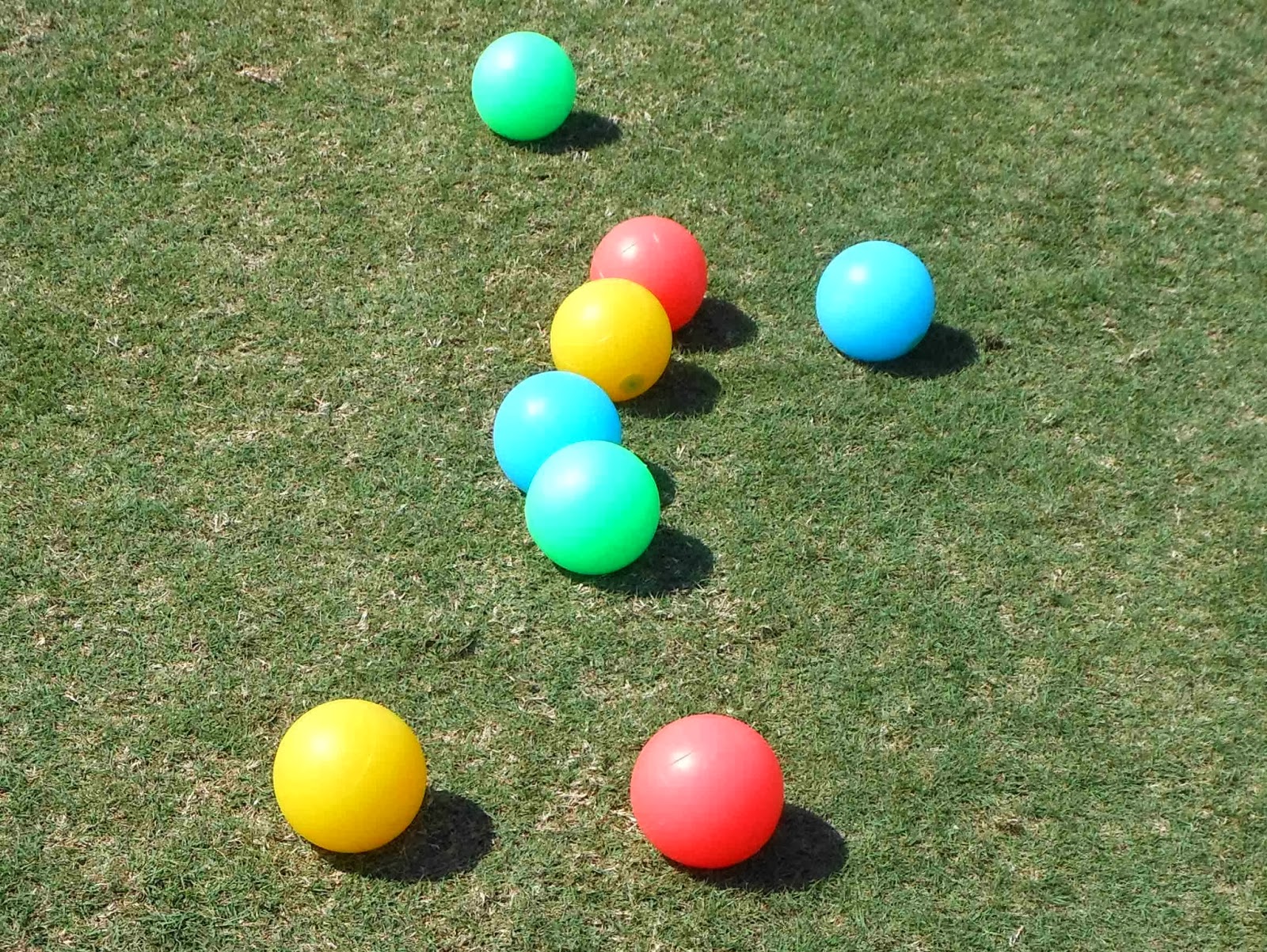 Tip two, bring plenty of toys to play with. The field is huge and offers many possibilities for outside play. Bocce ball, croquet, or anything else that is good for a largely sedentary crowd.  No Jarts! 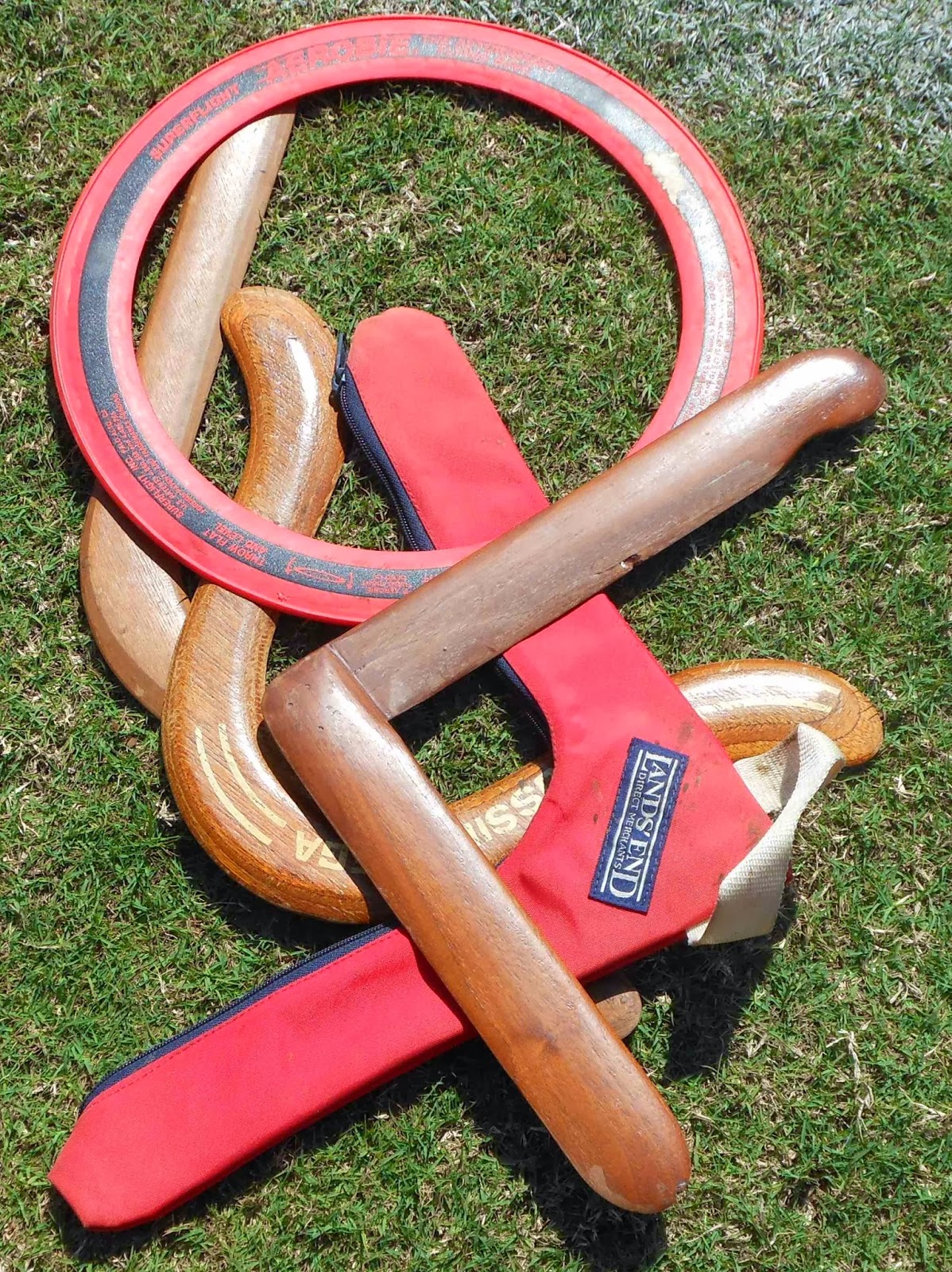 One of my favorites since the area is so massive are air toys, and in particular some of my boomerangs. There aren't very many places that are large enough to toss potentially decapitating devices. These are a very ancient hunting tool, and toy dating back nearly 30,000 years.

The one on the top is my prized Rusty Harding Concept 90 #104 circa 1982 signed by Rusty. Just learning how to throw these teaches you about both aerodynamics, and precession. Thrown well they are huge fun, Done badly, duck and scuttle away real fast. 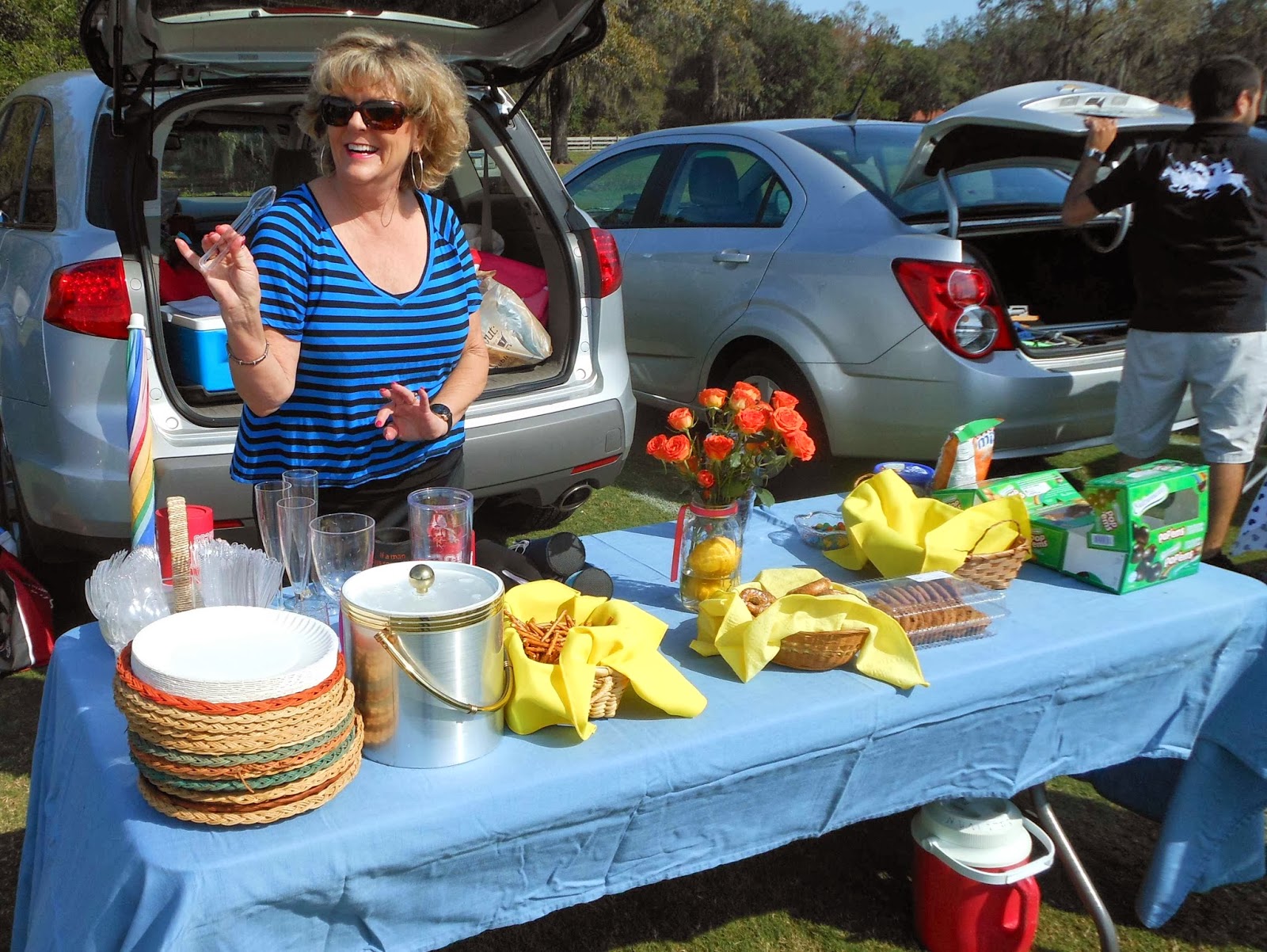 Food is tip three. You need it, and generally a lot of. You're going to end up being there for about six hours.

Plan on early munchies, and then sashay into something more substantial for lunch. You can use a grill, but most don't bother, and the smoke that comes from charring porcine products may bother others around you.

If you're cooking challenged there is an assortment of food trucks, and a Budweiser barley pop dispensary about midfield. 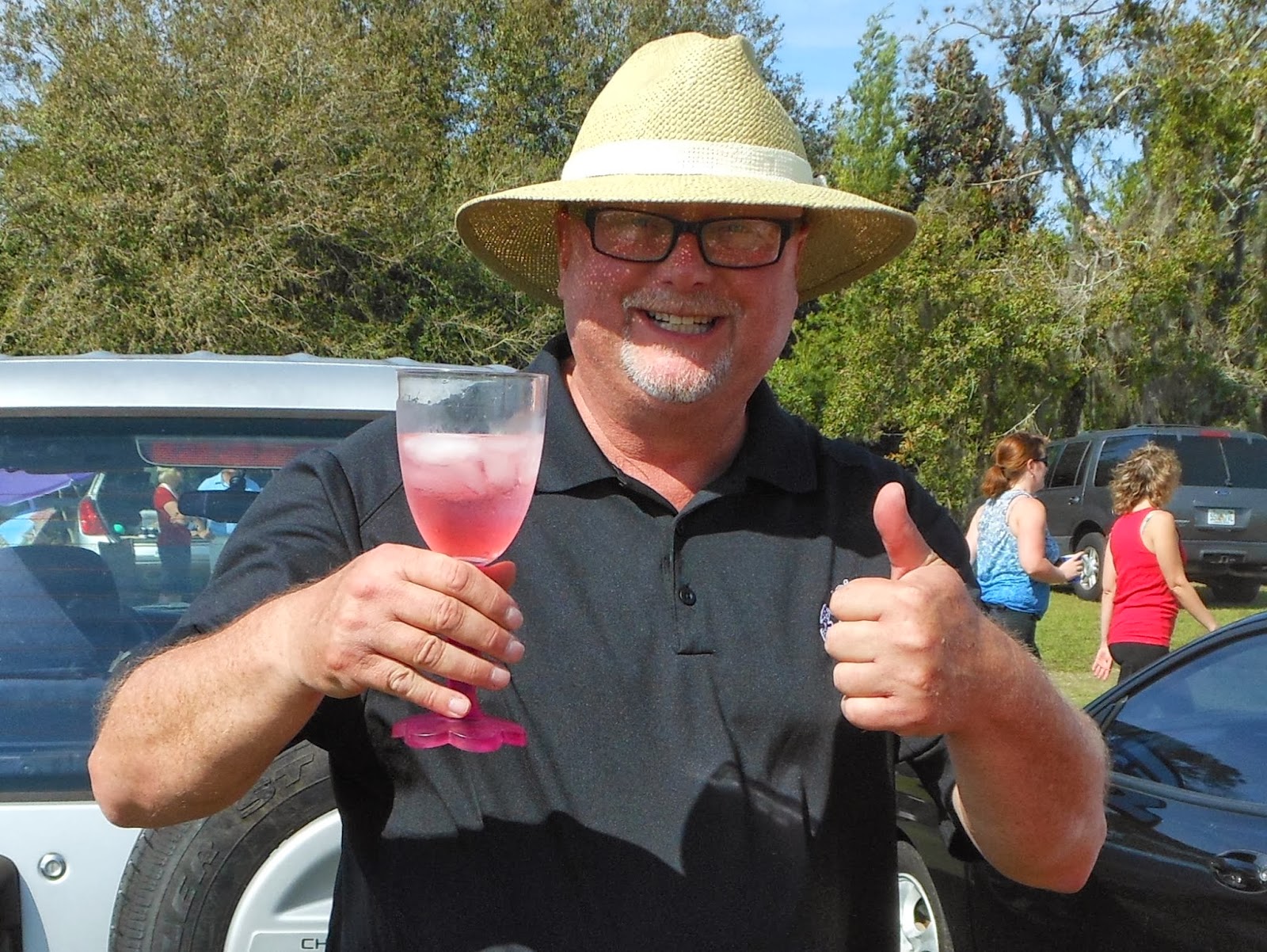 They fourth tip is don't forget beverages, especially water and lots of ice. Adult beverages go well with this event, and I can assure you that isn't a Pink Squirrel in that goblet. Bloody Mary's and doughnut holes make a nutritious breakfast.

It can get hot, and there is zero shade. So bring your own starting with a broad brimmed hat, brolly or one of those square tentesque things. That takes care of tip five. 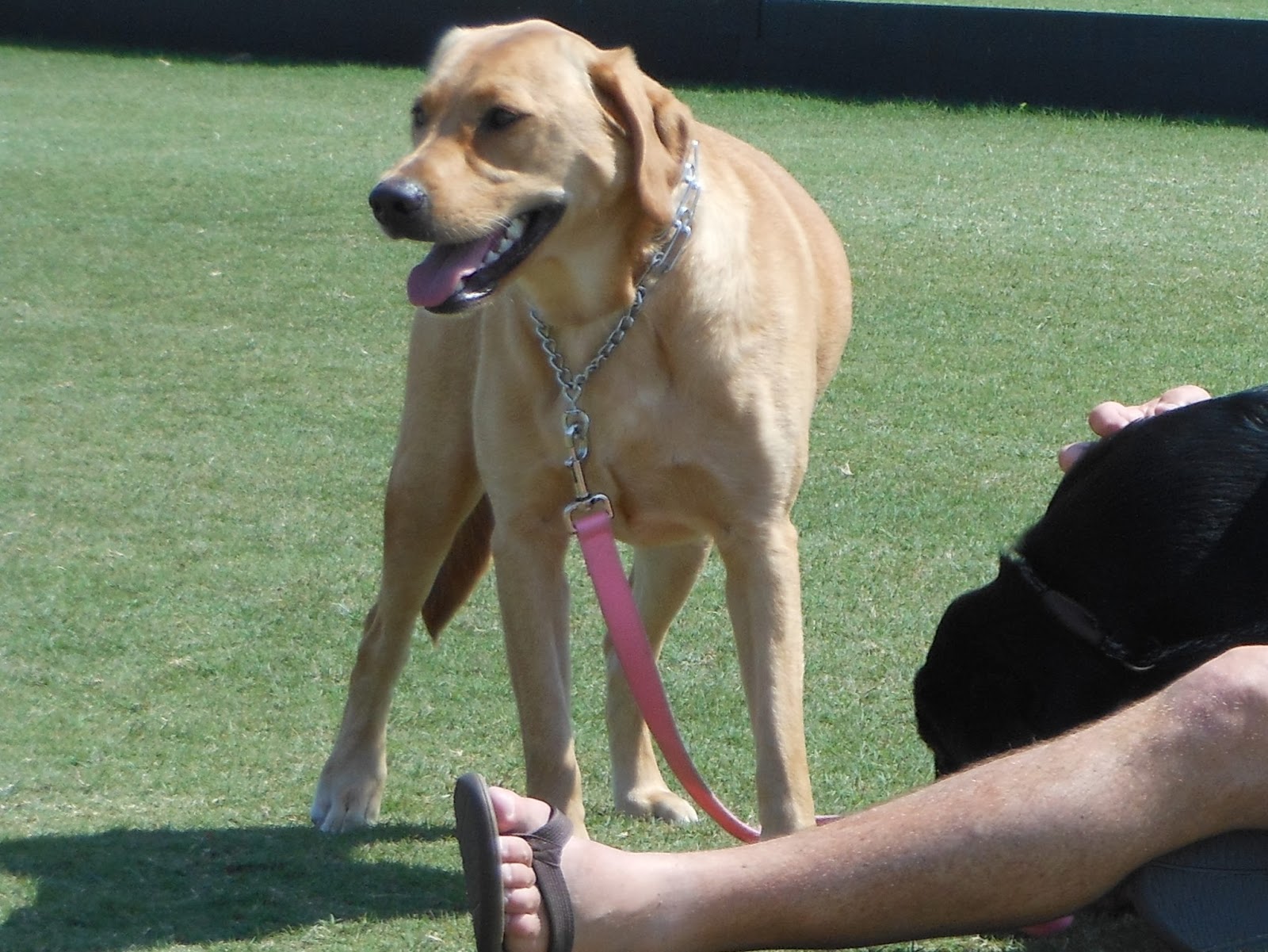 The sixth tip says dogs are okay. I guess that includes cats also, but why? In either case they must be on a leash. Bring your own water and bowl, and remember tip five. There is no shade for Fido either unless you provide it. There are lots of dogs there ranging from real ones, to animated yipping collections of white dryer lint.

The "Pretty Woman" syndrome is the optional tip seven. This is where you wander around in the field at half time stomping the divots. 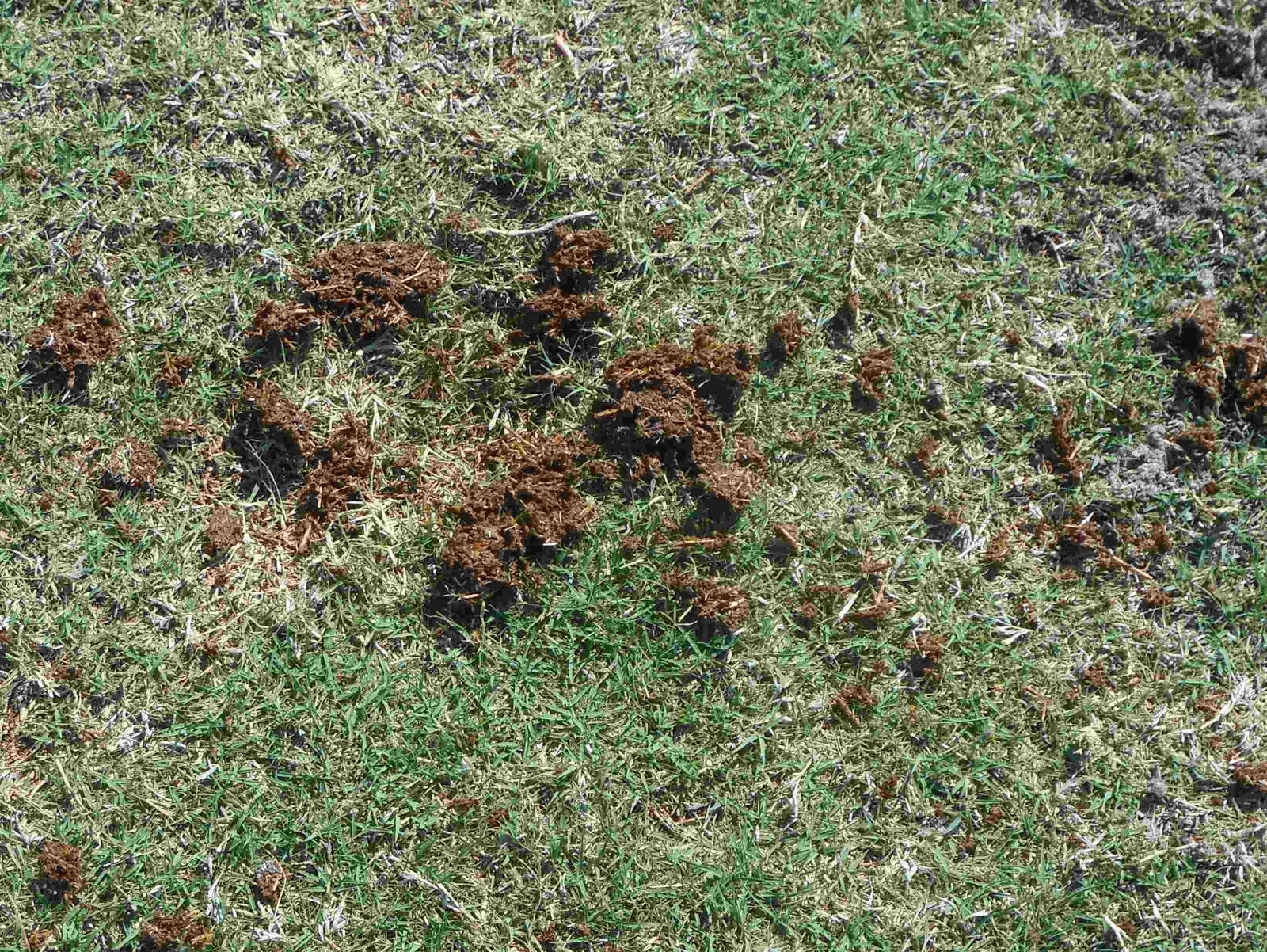 We've all heard the phrase "Don't step on the steaming divots." In the real world there aren't very many. There is however copious amounts of material spewed from the back end of hay burners traveling at high rates of speed. 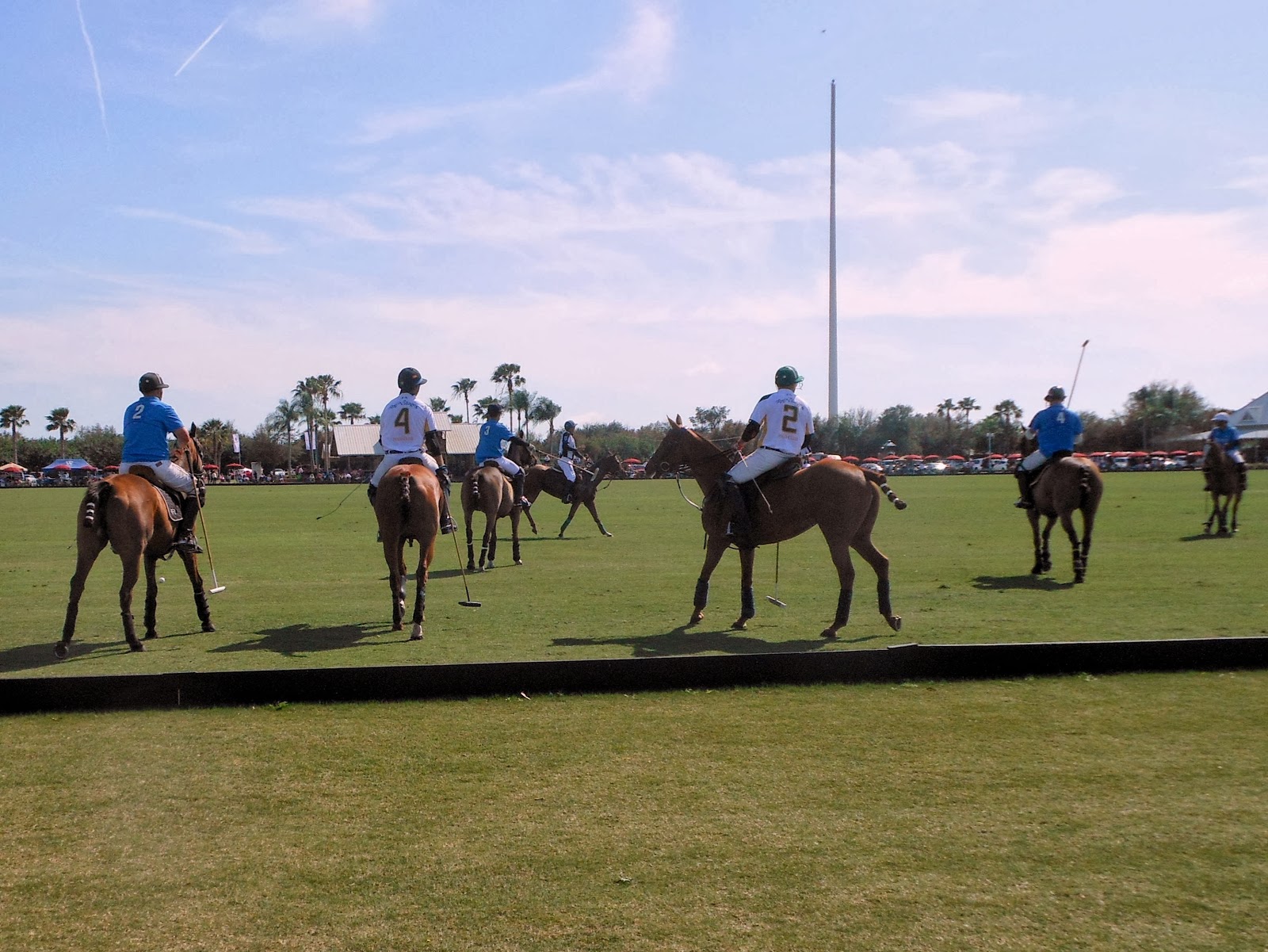 The game is impressive, and fast. There are two teams of four, along with a couple of refs on the field. The theory is to whack your ball through your goal posts.

Like sailboat racing there are an assortment of inscrutable right-of-way rules, that are often broken. This results in penalty shots. There are between four and up to eight periods in a match. A period is called a chukker, and is 7.5 minutes long. Don't ask, I don't know the word origin.

This is the oldest team sport in the world, and can be dated back to BC times. The equipment basics are several hay burners, a helmet with a chinstrap, a cane mallet, and a 3 1/4" hard plastic ball. The pace is vicious, and often the hay burners are changed out after each chukker.

The women who attend seem to enjoy it more than men. My theory is that the sight of a strong handsome Argentinian man named something like Heracio pounding past on a heaving horse with his long hair streaming behind him evokes some primal mating urge. That's just a guess, but I've heard enough sighs to know they are paying attention.

In the end it makes for a fun day. The match, games, food, beverages and good company makes the day go past quickly. The crowds make for great people watching, and almost every match has some sort of a theme attached to it. At $12.00 a head it makes for good entertainment and some fresh air. Follow these tips and you will have a good time.

I think this is where Clydesdale's go when they get their pink slips from Budweiser. No cute puppy friends, no TV commercials, just working for the man doing the grind for minimum oats on a farm. 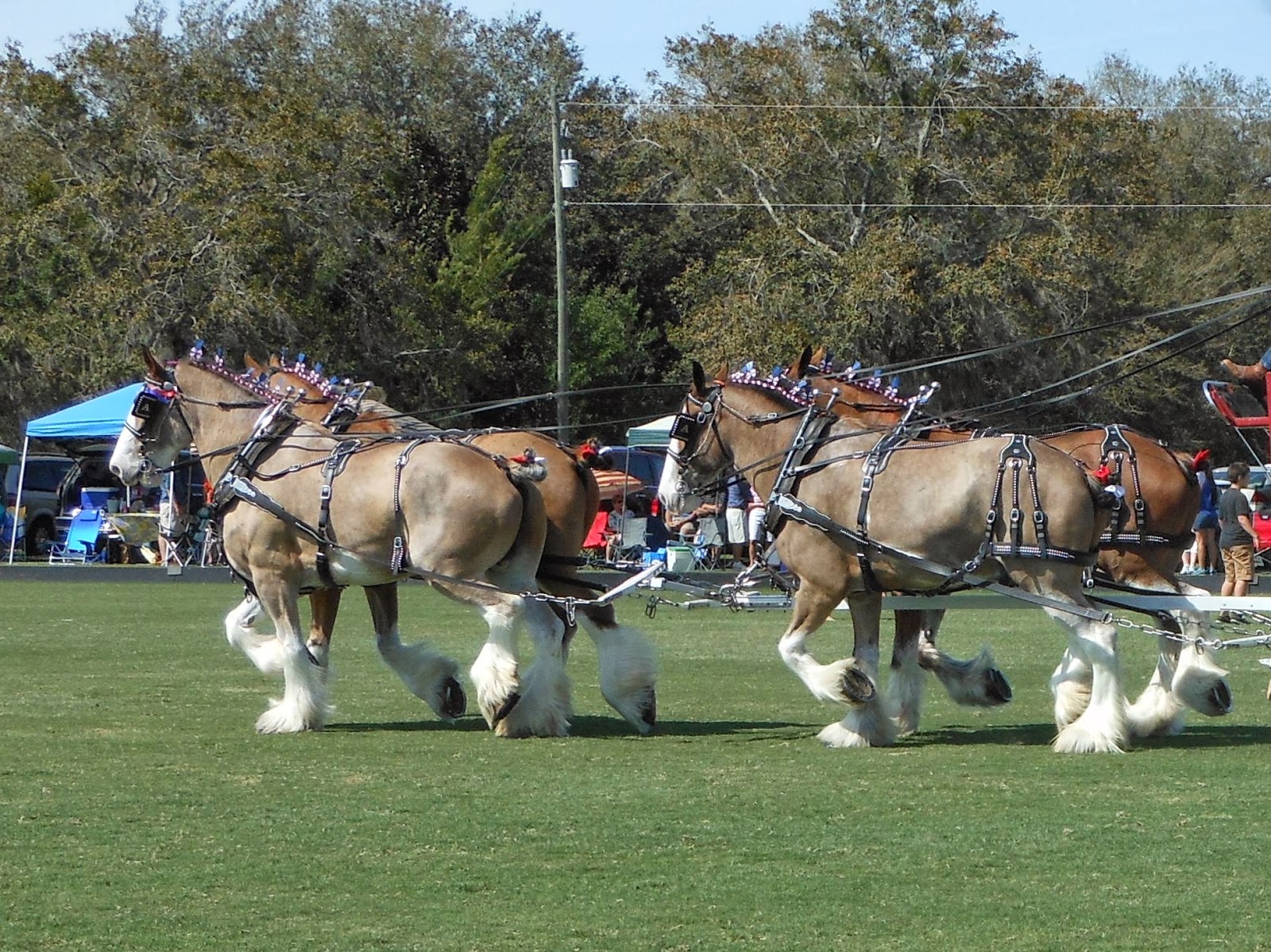