It's not a boat says the Supremes

The city of Riviera Beach, is the loser, Lozman takes the title in this damp litigious bout. This less then elegant floating thingamabob has occupied seven years of marginally riveting court antics, which culminated in an appearance before the Supreme Court. The Supremes have spoken, it's not a boat. No, seriously, you're kidding me. It has all of the obvious characteristics we understand about boats. It floats, enough at any rate. It can be towed very slowly, if there is a second boat behind it to keep it from swinging widely from port to starboard. And it appears to be in need of constant maintenance. This in my mind alone is the defining hallmark of a boat. 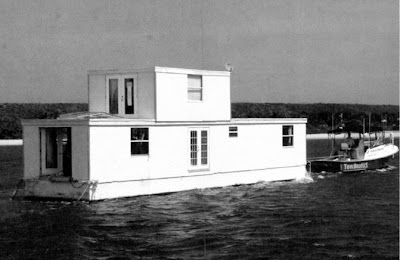 The case had been closely watched by the maritime professionals, and amicus briefs had been filed by organizations such as the American Gaming Assoc. who were worried about dockside casinos. Floating home associations from Seattle and Sausalito, maritime law professors, and others all jumped into the fray with briefs.

When the dust settled the decision was seven Supremes said it's not a boat, but two said they weren't all that sure.  The dissent was filed by Justice Sotomayer, and joined by Justice Kennedy. 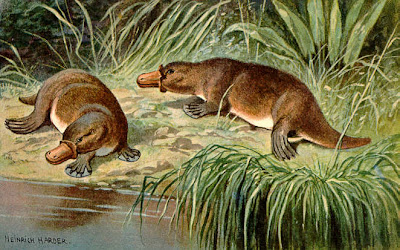 I can't read minds, but I suspect that both dissenting justices didn't really think that the wonky house boat thingy was really a boat. The big gripe they had was in how the legal reasoning was worked out in the opinion.

From the dissent: "By importing windows, doors, room style, and other aesthetic criteria into the analysis, the majority gives our vessel test an “I know it when I see it” flavor. Jacobellis v. Ohio, 378 U. S. 184, 197(1964) (Stewart, J., concurring). But that has never been nor should it be the test: A badly designed and unattractive vessel is different from a structure that lacks any “practical capacity” for maritime transport. In the majority’s eyes, the two appear to be one and the same."

When you deal with a law that calls anything that floats, and carries something a boat, maybe sometimes you just have to call it like you see it. Is the Platypus a Duck? It has a bill, and webbed feet, it swims, and lays eggs. I don't know what the law would say, but I bet you could build a vigorous legal case that it is a duck. I'm putting my money on the side that has the most money, and I think the American Poultry Association would be weighing in with a brief.

The city of Riviera Beach is purported to have spent about $600,000 on the case. Mr Lozman wants his $300,000 in legal fees payed by the city, along with the value of his floating thingamabob that the city destroyed after arresting his boat. I don't think the city made a good investment here. The opinion is actually a interesting, if somewhat dry read.