Identifying client types can be a fun and enlightening pastime. Like "Birding" the tools are simple. A pair of binoculars, a camera, and a log book are all that is needed. To get you started I have provided a list of some endangered species to begin with. Care should be taken not to approach too closely to some of these species. For example the Florid Rightwinger may well be armed to the teeth, and should not be riled while in it's nest. So have fun, and fill your log book. 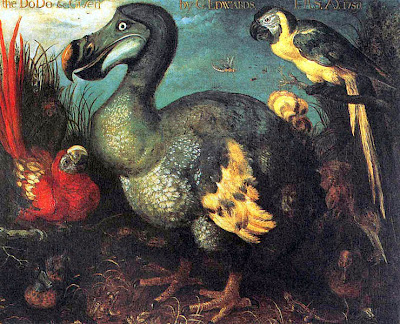 "Tight Wadum"
Habitat: Older somewhat disheveled vessels often accompanied with extensive use of wire nuts, and non stainless steel parts.
Appearance: Often seen waving around a printout from the internet with a product that is two dollars cheaper than the one you just acquired.
Call: A plaintive sounding, "Okay then, how much would the half a slice of bread be without the gravy."

"Inspect Tedious"
Habitat: Very well kept vessels. The Inspect Tedious needs to be continually present at all times when work is being done.
Appearance: Typically well coiffed, with a magnifying glass in the front pocket.
Call: Numerous but includes, "Is that nut tight enough?", "Are you sure that wire goes there?", and "I don't remember that scratch being there before you started work."

"Florid Rightwinger"
Habitat: Coastal areas, and vessels of all types, often sporting bumper sticker on their cars.
Appearance: When riled you will see colorful ballooning of carotid arteries, and foaming at the mouth. Care must be taken to calm them down. If they have an aneurysm, you don't get paid.
Call: Wet sputtered phrases such as "Tax and spend", "Obamacare", and "He was born in Kenya."

"Litigis Youoweme"
Habitat: Located  in medium to larger marinas.
Appearance: Always in a suit, or when dressed casually nice slacks, and shirt with buttons. Always has clean, and well maintained vessels.
Call: In all conversations, there is a demanding tone like they are collecting a debt from you.

"Imperious Pompus"
Habitat: Larger expensive vessels exclusively maintained by third parties.
Appearance:  Wears pseudo nautical gear bought from a boutique, the vessel is filled with boaty art work, and glued down small  statuettes.
Call: When occasionally seen just prior to leaving on a three month European cruise, you can hear a royal sounding,  "Just fix it, and I will pay you when I get back."

"Nervosia Quickis"
Habitat: Vessels of all types, but typically on the smaller side. Always well kept, and very orderly.
Appearance: This species is easy to identify by its nervous jittery twitchy behavior, and constant sense of urgency. They are often just one gene short of being a Caller Serialus.
Call: A shrill constant tweeting of, "Can you do it today?", "When will it be done?", and "Is it done now?"

"Common Grogger"
Habitat: Vessels with inordinately large liquor cabinets, and beer coolers. Jimmy Buffet music is often being played 24/7 on the boat.
Appearance: Usually an unkempt look and clutching some sort of a container with libations at all hours of the day. They can be both gregarious, and irritating at the same time, and unfortunately they may want to help you.
Call: A slurring, "Shu wan a drink", or "The sun is under that yardleg or what ever somewhere."

"Maritime Hoarder"
Habitat: A boat with every conceivable nook and cranny filled to the brim with stuff rendering almost any work impossible without renting a U Haul truck to off load it. Also known as a long term cruising sailboat.
Appearance: Always clutching some possession, or shifting something just to sit down.
Call: A confused sounding, " You don't need to buy that, I think I have one of those here someplace, let me look for a while."


So have at it, there are many more of these endangered species to be spotted, and keep your log book up to date.
Posted by Bill Bishop - Parmain at 9:13 AM