"Watson come if convenient, if inconvenient come anyway. Foul things are afoot on Lord Miller's yacht. Meet me at the quay. I shall be making observations at the scene of the crime.", said Sherlock Holmes on the phone. 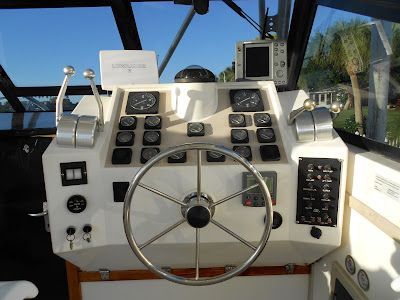 "Ah, good to see you arrive in such a timely fashion Watson. I only know at this time the autopilot will not track, and the sounder says "No Data". This should not be a three pipe problem. If you would be so good as to inquire of Lord Miller if any craftsmen have recently performed tasks on the vessel, and come back with all haste." requested Holmes. 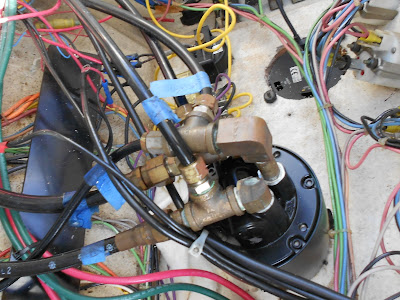 "That was most prompt of you Watson. What information did Lord Miller impart to you?" asked Holmes. "Well he indicated to me that the steering mechanism had been lately replaced, and it must have taken some effort due to the size of the bill.", stated Watson. "Ah ha Watson, come over here and observe. Note what happens when I push the autopilot dodge button for ten degrees to the right." exclaimed Holmes. "Why Holmes, I see the rudder bars are moving. Is that not what is supposed to happen?" stated Watson. "you are correct my good Watson, but the rudder bars are moving in the wrong direction. This is an important clue. You know my method, it is founded on the observation of trifles. I now know with certitude exactly what has happened. Help me open the console Watson, and we shall quickly undo this heinous act." said Holmes. 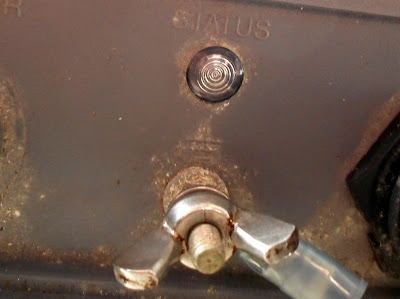 "But Holmes, I don't understand how you could divine the solution to the problems by merely pushing one button." inquired Watson. "It's elementary, my dear Watson. Since we know that the autopilot worked prior to repairs on the vessel, it would follow that the craftsmen changed something. Since the autopilot is now moving in the opposite direction, and the steering was changed, it means that the autopilot hydraulic pump hoses were installed backwards. This can be quickly fixed by reversing the pump's power wires as thus. Now for the sounder module. You can see that the status indicator light is not on, and the power lead to the module is not fully inserted. A quick push, and a twist of the locking ring, and the problem is corrected." explained Holmes. "I am as always amazed at your deductive skills Mr. Holmes", gushed Watson. "My name is Sherlock Holmes. It is my business to to know what other people don't know.", avered Holmes


The total repair time was under ten minutes. As soon as I knew the hydraulic steering pump had been replaced, and the pump was running backward, I could reasonably assume the pump hoses had been swapped around. Reversing the pump wiring leads on the course computer fixed the problem. I actually installed the system many years ago, and despite the fact that my original labels were still on the hoses, the repair people got it wrong. The sounder module had been removed to get better access for the steering change out, and when it was re-installed, the power cable lock ring was not twisted and the vibration, or the weight of the cord let the plug work out enough to cut the current. No bill for Lord Miller, but I was gifted a couple nice bottles of wine, and some good conversation.


I used as many direct quotes, or variants of them from the Sir Athur Conan Doyle Sherlock Holmes stories as I could reasonably work in, and  tried somewhat to maintain the flavor of books. The now famous line, "Elementary my dear Watson" is actually misattributed, and the line never appeared in any of the Sherlock Holmes books. Funny how cultural mythology works.


(From his tombstone)
Posted by Bill Bishop - Parmain at 7:12 AM