The boat has truly been ripped apart because it was not perfect. Close to perfect yes, but not perfect. Like an itch in-between your shoulder blades you can't quite reach, it has been nagging at Sandy until he finally snapped. This boat is now 21 years old, and is most likely the best original Elite Craft in existence. I have done a couple of stories about this striking vessel, here, and here also, and it has now been gutted 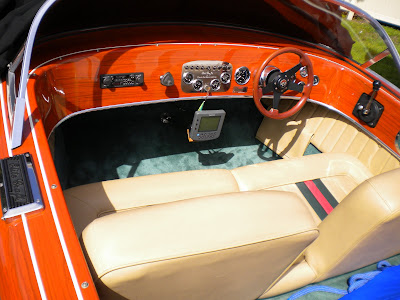 When I say gutted, I really mean gutted. Out came seats, carpeting, engine, shaft, rudder, all through holes and the list goes on and on. 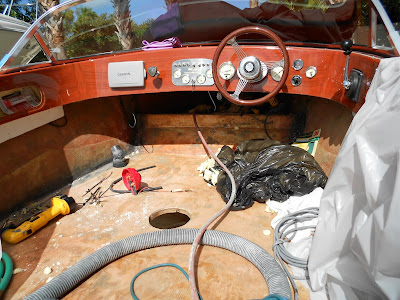 What's left is the hull, and some of the dash that had some recent modifications including a new Garmin 740S touch screen chart plotter, and new engines gauges that were modified to use LED back lighting.
Like all boats, this craft had some issues. A rear engine seal was leaking a small amount of oil, and this was one of the big triggers of this huge evisceration. The seats and carpet had already been pulled out for replacement, so Sandy decided to bite the bullet, and have the engine pulled for repair, and one thing leads to another. With the engine gone, you can get to the shaft easily, and the packing in the stuffing box was shot, and it goes away. The rudder stuffing box had the same problem, so the rudder is removed. It was suspected that the drain through hull sealants were failing, and they come out. 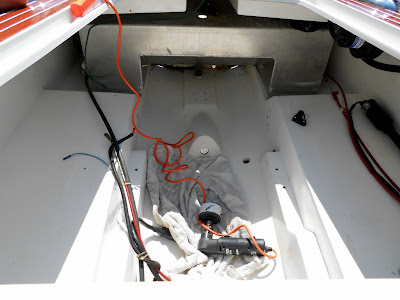 There was a drain plug in the engine room, but water would still pool back by the transom, so a new garboard plug hole was installed, but I suspect the lack of symmetry will irk, and a second matching one will be installed. Just thinking aloud Sandy, and you would get the last few drops of water out of the other side, if any ever gets in again. 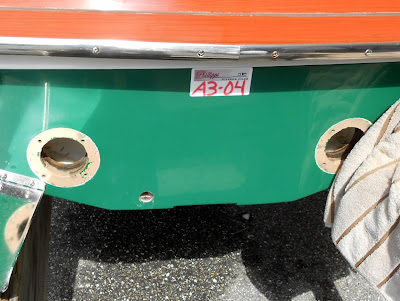 To say anymore about this would spoil the surprise. The end result is very near and spectacular. Sandy is the US distributer for Graupner models, and is an exquisite model builder himself. When I first met Sandy, he had a helicopter model he built in his two car garage. The model was so large you had to walk around the edges of the garage to get around the rotor blades. Below is one of the toys he sells, the WP Epic Victory business jet. This model is scaled at 1:4, and has a wingspan of over nine feet, with a real turbine engine. There is full RC control over everything including lights, retractable landing gear, and wheel brakes. How cool is that for a toy! 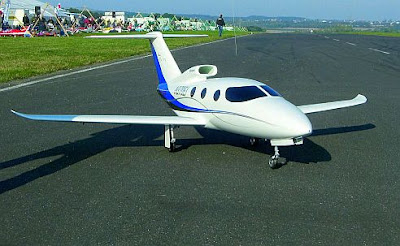 Or maybe a scale battleship to keep away intruders. 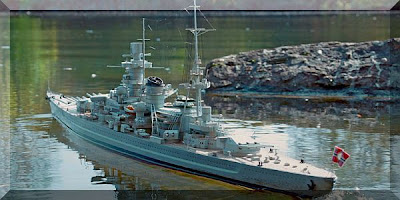 Don't change that channel, the Elite Craft makeover will be worth the short wait, along with some other interesting tidbits.
Posted by Bill Bishop - Parmain at 10:56 AM