Where was the word professional in this inverter install? 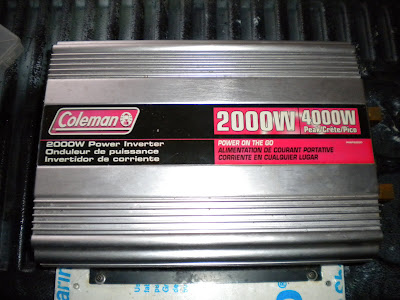 I will start this little written tirade with the fact that I am not a big fan of using inverters on a boat. Improperly installed, they can be very dangerous, and wring them into ship electrical systems requires very close attention to detail. On older boats, that have had AC wiring systems less than professionally modified through the years, safe installation can be very difficult. A typical inverter installation requires that the output neutrals be bonded through the inverter, and tracking down these neutral wires, and getting all of them on an older boat, can be tedious at best, and in some cases fiscally impossible. When I install them, I try to convince owners to keep it very simple, and let me wire the system to dedicated stand alone outlets. For example a galley outlet for the microwave, and one outlet for a TV. The downside to this that you always have to use the inverter to watch TV and make popcorn in the microwave. Wiring directly into the primary ships primary AC input buss requires transfer switches (at the minimum), and there is always the possibility of applying too large of a load to the inverter. So, in short, if I can't install it in a way that lets me sleep well at night, I just won't do it, period. I'm not going to be the guy who burned down the boat, it's hard to get more work after that.
I do not consider the Coleman unit above to be a marine grade product. I just removed it from a recently purchased vessel. The new owner had been told the unit was professionally installed. I looked at at the installation, and took some umbrage to that assertion. The only thing professional, or marine about the install, was the use of a piece of starboard to mount the inverter. The installer had taken Romex house wiring, had attached a three prong plug, and jacked it into the inverter outlet. The other end went to the AC panel, and  was connected directly to the main buss. Since it was Romex wire, the ground lead had no insulation, and the installer had wrapped it in some black tape that was now falling off.  The outlet circuit breaker had an additional Romex wire attached, and this had been run to a new outlet in the galley. 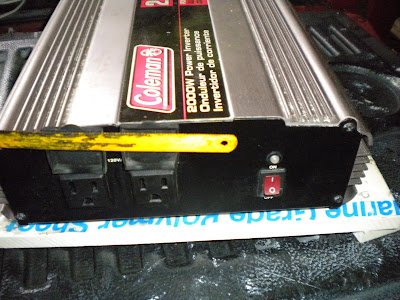 The DC feeds to the unit, were also marginally sized. To invert, you had to access an under seat compartment, and turn on the inverter via the red switch. Oops, plugged in to shore power because you forgot to turn it off? I shudder to think what could happen. The new owner was told to be very careful, to make sure the inverter was off, before plugging in to shore power. All in all, this was a really poor, unprofessional, and unsafe piece of work, "professionally" installed on a piece of starboard. The new owner agreed, and I professionally ripped it out.
I know that some boaters need, or want inverters, and they can be safely installed, but like entertainment systems on a boat, simpler is alway safer, and better. 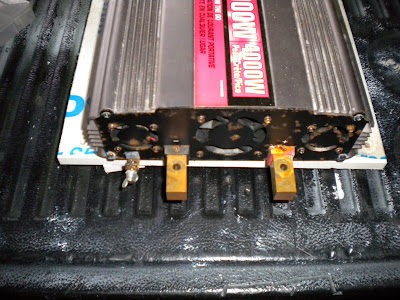