Every boat show has a character that reflects the community that it's being held in. Miami's show is large, and brash, with tons of phallic boats and bikinis. The Wooden Boat Show at Mystic Seaport offer the prestigious Concours d'Elegance awards, and bone button blue blazers abound. In Sarasota, a city renowned for the arts, the boat show ambiance can best be described with the words "Haute Couture." 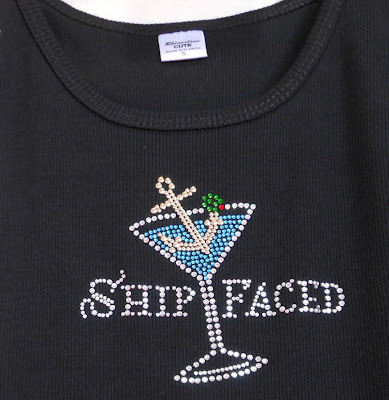 What's a boat show without the venerable Porta Bote. They have been making these things for over forty years, and some people that had way too much extra time on their hands even carried one to the top of  Mt. Everest. 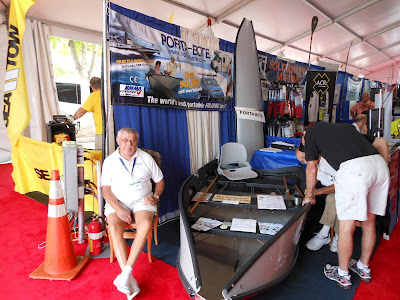 Despite whatever the apparent advantages are of owning a boat that is only 4" thick when stowed, to be honest the contrivance scares me. My dad had one. The couple of times I used it, while unfolding it, I was overcome with the irrational fear that I would slip, and end up trapped inside the folded up boat. I would be found much later entombed with only my desiccated boney hand sticking out of it.

I used my 2hp Seagull engine on it, and it worked okay. For those not familiar with a British Seagull, it is a small cranky little outboard motor with few discernible moving parts, and a throttle that when opened up to the max causes the motor to just make more noise, but you never went any faster. I refereed to it as the motor's volume control. 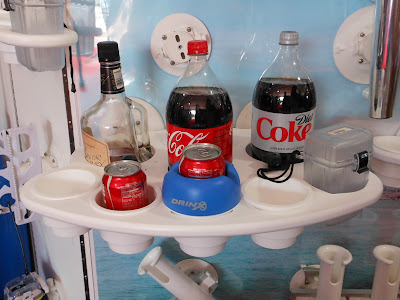 A bar held in place by suction cups is both a clever idea, and offers the convenience of being able to put it close to you. This means you don't have to leave the helm to mix an adult beverage making it safer for all on the water. That's a bottle of Sailor Jerry's rum on the left. On opening day, it was full, this photo was taken on day two. No doubt the desire for an appearance of sobriety was slowing down progress. I didn't check it on the last day, but since working a booth is taxing, I suspect the the liquid level continued to drop at a precipitous rate.

This at first looked to be the boat show's perfect storm. The two noisiest booths in the show, directly opposite each other. In this corner, the Americraft cooking show exuding the odor of cooking chicken and amplified dialog from chef Steve McChesney, and in the other corner, the Bass Egg booth packed with avid twenty somethings, and thumping tunes.

My first thought was OMG, who did the booth layout planning? Will cooked chicken get hurled, and be met with youthful urban slang epithets with lots of hashtags in tweets? Actually no. Within a couple of hours, Steve is sporting a Bass Egg tee shirt, and a routine was established. Peace on boat show earth reigned. 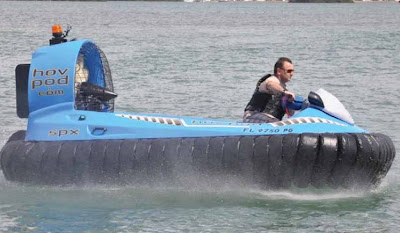 What's not to be liked about a boat that has no real brakes or reverse, goes on land, and you have to help it turn by leaning. Fast, loud, and fraught with almost as much danger as being out in a boat on the fourth of July weekend. 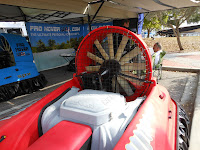 This quasi boat thing is actually a very cool device, and is used for both pleasure, and for search and rescue operations. It can be equipped with nav lights, VHF, GPS, and any of the other tools needed for day or night operation. Power is provided by either a 65HP Rotax, or a 120hp Weber aircraft engine. It's made by Pro Hover USA in Sarasota of all places. It's looks like fun, I may bug them for a closer look. 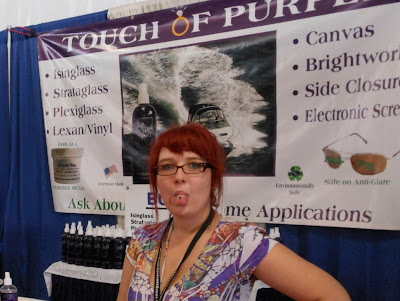 Because film is so cheap nowadays, I try to make up for my meager photographic skills by taking pictures in volume. So in reviewing my pixel driven collection I stumbled upon this picture of a booth vendor selling some cleaning goo called Touch of Purple.

I didn't even really remember taking the picture, I sometimes just point the camera in a general direction, and push the button. She seems nice, her ensemble matches the booth colors, but why is she sticking her tongue out at the camera?  It couldn't possibly be me she's sticking it out at. So what is that thing on her tongue, and why is she showing it. A cyanide pill on the edge of being swallowed out of a desperation caused by working a boat show? A spy camera, or an alien implant? Maybe, just maybe, she stuck it out, and it just stayed that way, like that crossing your eyes thing your mother always told you stop doing because they would permanently stay that way. In the end, I don't know, and I'm putting my money on the alien implant. What do you think?

It was a good show, there were lots of boats, and boats got sold despite the several torrential downpours. I didn't bother showing you most of the boats. Their all white, kinda the same, and you can see them everywhere. But alien implants, I think not.
Posted by Bill Bishop - Parmain at 1:37 PM