What's wrong with this picture?

It's not often I have allowed my visage to appear here. In fact it's only the second time. I'm not shy and retiring by any means, but nowadays when I stare in the mirror, I'm thinking "Well blow me down", I'm looking more, and more like Popeye every day. I'm also reminded of that Saturday Night Live skit, "Whose More Grizzled? I really liked, maybe a little too much, the show's grand prize of "Salted meats, and a bottle of Rebel Yell whiskey". How's that for being "more" grizzled. Getting old isn't for sissies you know. My client Jim Hoyt, thought the picture would be worthy, and he took it. Although it certainly doesn't enhance my sense of inherent infallibility, but at the time it was funny. So take a look at the two shiny new Garmin units, and tell me what's wrong with the picture. 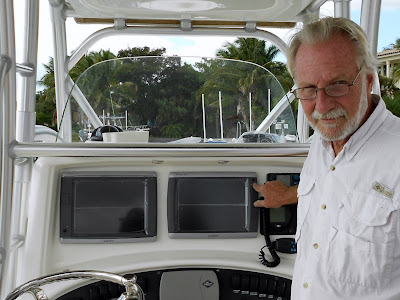 If you haven't figured it out by now, the omnipotent (usually) technician, much to his chagrin, managed to install the Garmin 7212 on the left upside down.


The new Garmin units were replacing older Northstar units. In order to get things to fit, the left side Garmin unit had to be as far left as possible. Although it looks like there is plenty of room, the sun covers have their handles on the right side, and you have to be able to get your fingers under them to pry them off. The upper left corner of the unit was just a scooch on the upward turning curve of the console. This all translated to the unit rocked about 1/8 of an inch from upper right, to lower left. This isn't a crisis by any means, and the fix is to add some foam tape on the bottom left side to stop the rocking. So out comes the unit, on goes some foam tape, and all the while I am yammering with Jim about cabbages and kings. The unit goes in, and since the small now sealed gap is on the bottom of the unit, it can't be seen. The drill comes out, holes are punched, screws installed, and the top and bottom cover plates are snapped on. It looks great, until Jim points, at the power switch, grins, and mentions it's upside down, and out comes the camera. Crap, the cover plates come off, the foam tape is removed and reapplied in the correct place, and it's re-installed. Deja vu all over again. 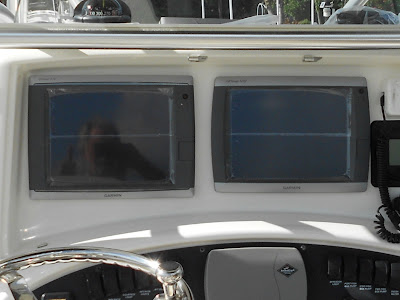 The point is that there are two kinds of mistakes you can make in both a boat, and in life. The big ones that are costly, and the small ones that are easily, and quickly corrected. The trick is to only make the small ones. I'm sometimes a bit distracted while working on larger jobs especially while doing mundane tasks. This is caused by the fact that during the whole job, you are solving problems, while pondering on the future ones you may encounter. Where is the wire pull? What will I do if it's full? Will the connector have to be cut off the cable to pull it? Do I have a replacement for in in the truck, or can it be spliced? Where is the black box going to fit?


Every boat is different, even if it's the same boat, off of the same line, on the same day. This coupled with the fact that even though I looked at the boat prior to preparing a bid, I don't have, but wish I did, X-ray vision. You just have to trust in your senses, and experience to say whether the problems will be generally solvable, or not. You also remember the times, and the boats that bit you, sometimes hard, and you factor this into the equation. I am always an optimist when I work on boats, even though I know at some subliminal level that using the words boat, and optimist in the same sentence, is oxymoronic at best. But I have learned that happiness in life is often driven by just how you look at things. 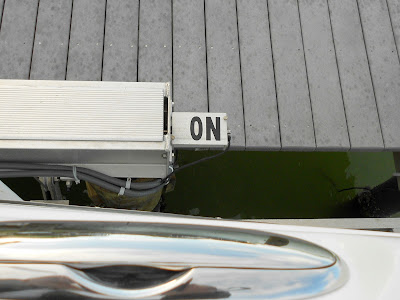 Life is all about your perspective! 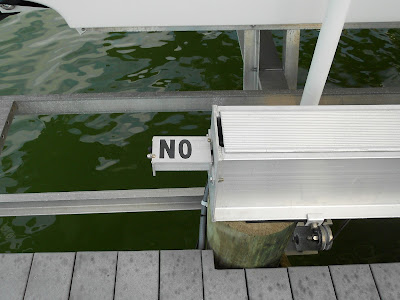 The photo of the somewhat bemused Installer was taken by Jim Hoyt.